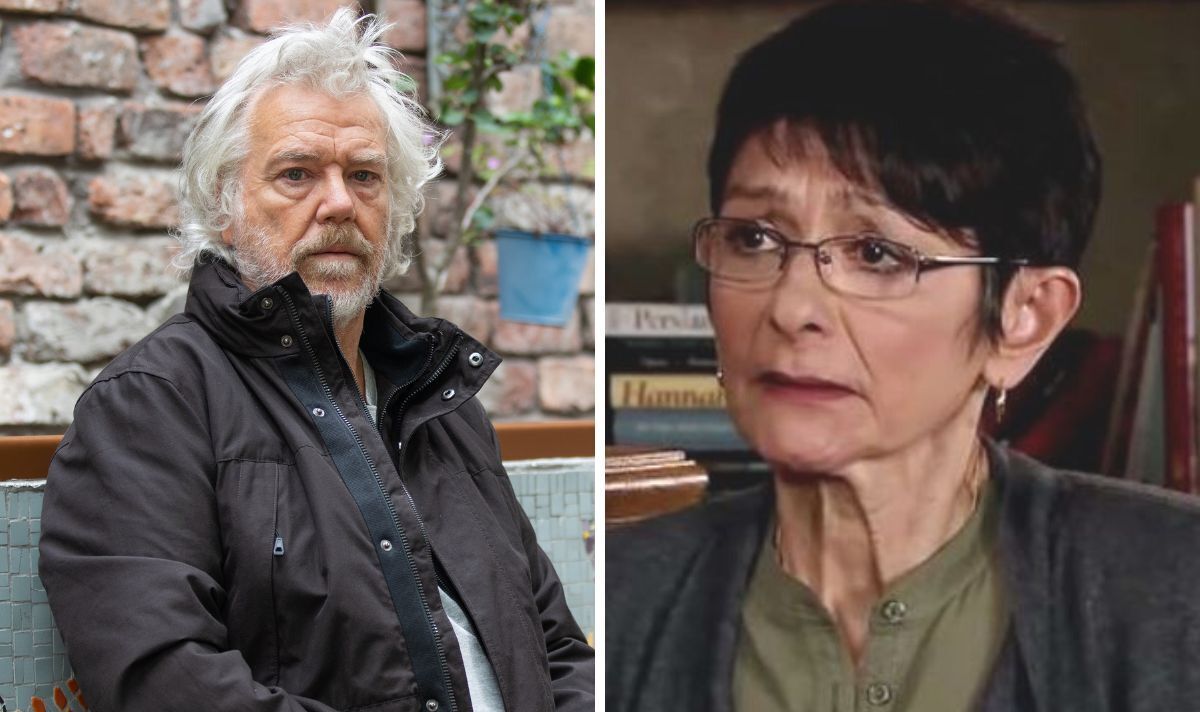 Coronation Street viewers will be aware that Stu (played by Bill Fellows) is hiding something. Fans tuned into last week’s episodes will have seen how his estranged daughter Bridget appeared frightened when he knocked on her door to try to reconnect, and he insisted he “never harmed” a woman, but it was unknown who he was talking about. Official spoilers for the ITV soap suggest his dark secret is soon exposed, but will Yasmeen’s (Shelley King) decision not to allow him to explain himself come back to haunt her if he dies?

Zeedan Nazir (Qasim Akhtar) returns from his holiday and Alya Nazir (Sair Khan) brings him up to speed on Stu and how worried she is about the effect the bombshell is having on their gran, Yasmeen.

A determined Kelly vows to get Stu’s side of the story.

Later, at the hospital, Kelly is informed that Stu’s awake, and she is ready to ask some hard questions about his past.

Kelly informs Yasmeen that Stu’s in the hospital and she soon appears by Stu’s hospital bed, but won’t hear him out.

Feeling worthless and insisting Kelly is best off without him, Stu barks that she’s a nuisance who’s not welcome anymore.

A distraught Kelly leaves in tears, devastated by her friend’s rejection.

Alya departs for her holiday, leaving Zeedan to keep an eye on Yasmeen.

Out of hospital, Stu turns up at Speed Daal to speak to Yasmeen.

Craig arrests him for breach of the peace.

With Stu in custody, Yasmeen organises a charity fundraising event.

Yasmeen and Elaine Jones (Paula Wilcox) are impressed when Stephen Reid (Todd Boyce) offers to sponsor a raffle prize for their fundraiser.

Elaine’s relieved that Yasmeen has no intention of going on another date with Stephen.

Recent episodes of the ITV soap have seen a disappointed Stu upset over the fact his estranged daughter doesn’t want to know him.

Last week, a furious Stu berated Yasmeen for getting involved when he discovers that she has found Bridget’s address.

But when Kelly urged him to try and make contact with Bridget, Stu decided to give it a try.

He made it to Bridget’s address and knocked on the door, but she panicked and ordered her dad to leave.

It wasn’t revealed why Bridget was afraid of her father, but could the incident have been a misunderstanding?

Perhaps Yasmeen, who understandably has no tolerance for any kind of violence following her horrific domestic abuse experience, is quick to shun her friend when she learns about his past.

However, having just gone straight from hospital and into custody, it’s possible Stu’s health will take another decline.

If he suffers a medical episode, it’s possible he won’t be able to alert anyone if he’s behind bars.

Could Stu die before he’s able to explain his side of things?

Yasmeen might regrettably find out Stu had in fact been innocent, but it might be too late.

Will Stu be able to convince Yasmeen to listen to him before his health potentially takes a downward turn?

Coronation Street continues on Wednesday at 8pm on ITV.