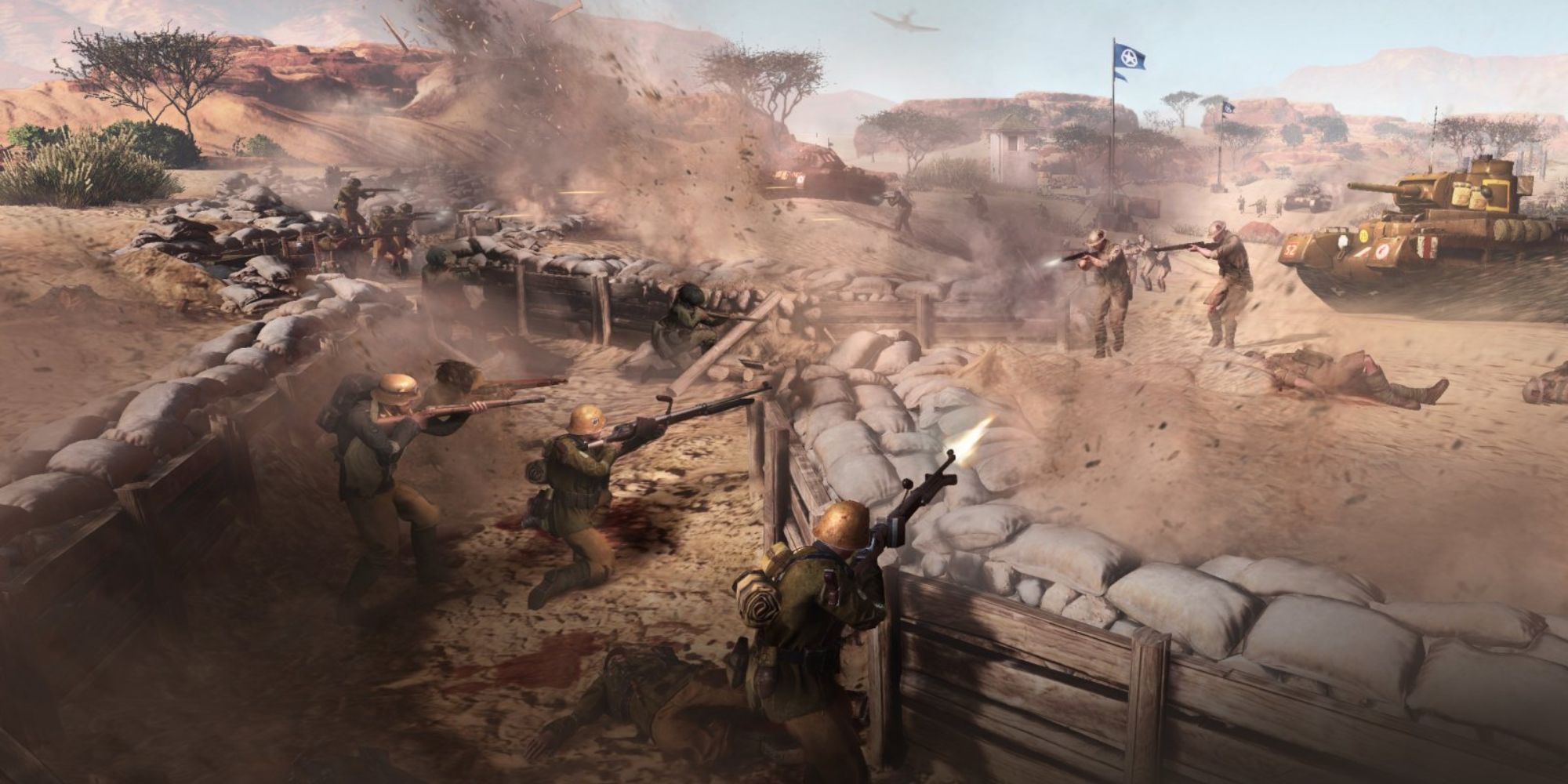 Company of Heroes 3, the upcoming real-time strategy game from Relic Entertainment and SEGA has been recently rated for PlayStation 5 and Xbox Series X|S on the Taiwan Digital Game Rating Committee website (via Gematsu). Console versions of the title have not received an official announcement yet, and pre-orders are currently available only for the PC release at the moment.

The game received a delay last month, setting it back around three months from its previously announced date. Company of Heroes 3 is now scheduled to release on February 23, 2023. Just like past entries, Company of Heroes 3 brings a deep tactical experience revolving around the Second World War, but this time with a focus on the Italian and North African setting. In the war-ravaged open fields, players can freely deploy their armies to capture towns, acquire resources, and produce and organize military units in order to expand their power and conquer their enemies.

The shift to the Mediterranean setting, according to a recent dev diary, is because of the increasing demand from players for environmental variety. Lead missions designer Sacha Narine added that the two fronts will have unique elements specific to each zone. For example, the Italian areas of the game will have more high ground than any other terrain, and it should be advantageous to players who can seize it. As for the North African maps, they will involve large tank battles and many battle groups from around the world, in addition to the US, UK, and German forces.

Company of Heroes 3 has been in development with close attention to player input, and thanks to the “Games2Gether” program, there has been a 70-player council on board dedicated to helping Relic Entertainment set the foundation for what the final version of the game will be, right down to the setting.

The final version was supposed to launch with two grand campaigns from the get-go, the Italy and North Africa campaigns, but the developer has decided that the extra development time is necessary if they want to reach an optimal level of quality and respond to all the fan feedback.

NEXT: Company Of Heroes 3 Launches With Two Campaign Branches In November 2022

Sea Of Thieves Season 8 Will Include “On-Demand PvP Battles”

Margot Robbie Had A Great Reaction After Babylon’s…

Fan Poll Compares Game of Thrones and House of the…