Sea Of Thieves Season 8 Will Include “On-Demand PvP Battles” 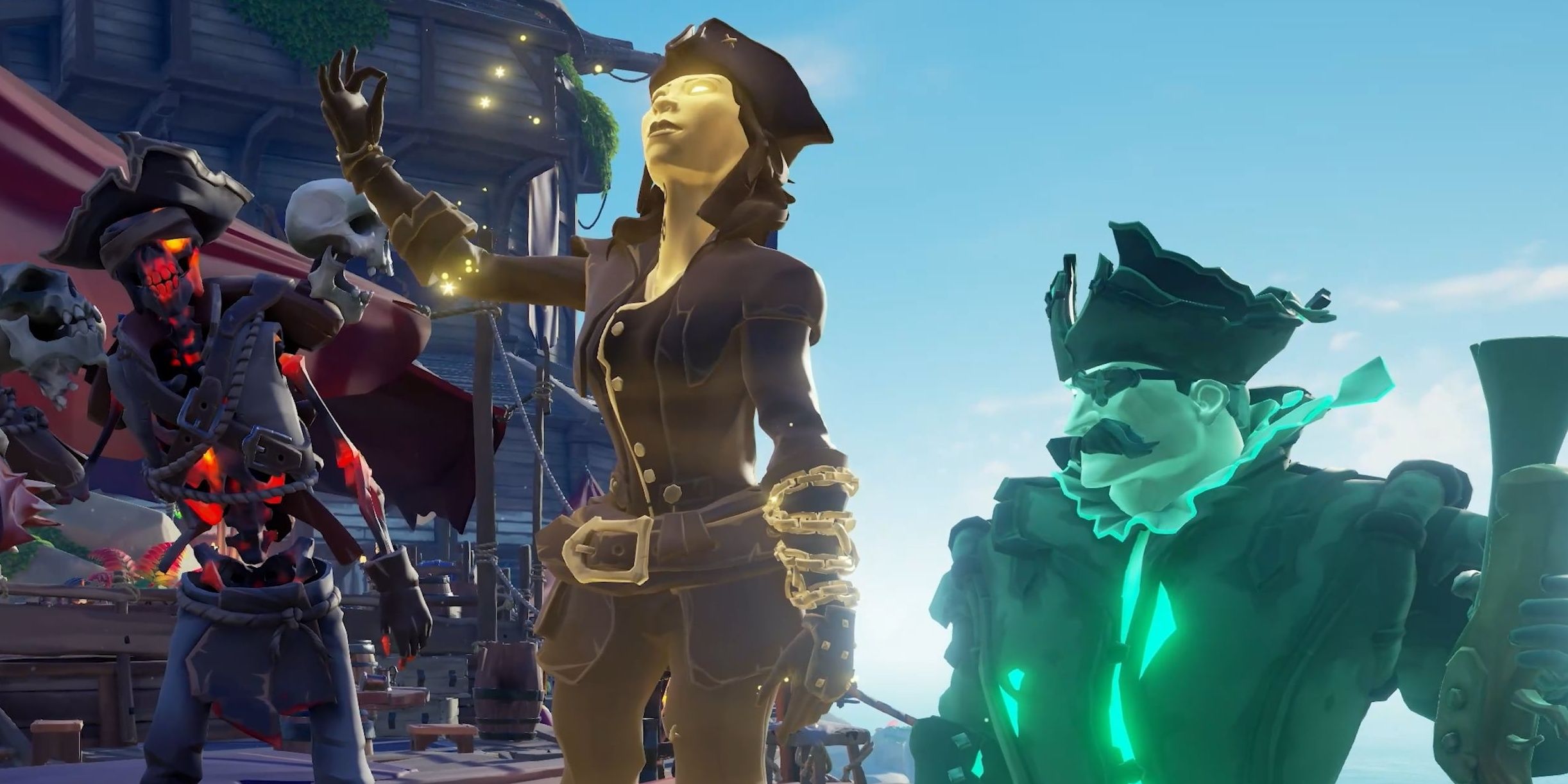 Rare has released an extended trailer on YouTube, detailing all the new content that will be available with Sea of Thieves Season 8 on November 22, including faction-based, on-demand PvP ship combat.

Season 8 will introduce a new PvP system, which allows players to earn gold, explore new locations, and unlock special cosmetics. Players can join the adrenaline-fuelled PvP combat via Hourglass of Fate, found on their Captain’s Table. After that, players will choose which one of two Factions they wish to fight for, Guardians of Fortune or Servants of the Flame. Keep in mind that once you vote to represent a Faction, you will mark yourself as ready to engage in combat, meaning any opposing Faction can hunt your crew during their session.

RELATED: Sea Of Thieves: How To Get Ancient Coins

Each Faction that is willing to dive into the ship combat can be seen on the war map, found on the Captain’s Table. It was also stated by Rare that both you and the opposing crew will be placed within a designated area, which is visible on your ship’s map. If players leave the bounds of this map, their Hourglass will be destroyed, and the opposite Faction will be declared victorious regardless of which side takes less damage. When players want to leave the combat, they will interact with Hourglass of Fate and vote to end fighting.

Going into more detail, any pirate can join PVP in either Faction no matter their experience, which makes the renewed ship combat enjoyable for newcomers. As players sink more ships, they will receive more gold when they leave the combat. Furthermore, players will earn allegiance by fighting ships of the opposing Faction. Allegiance essentially represents how well your crew fought for the selected Faction. If players can reach an Allegiance Streak of 4, they will become a Faction Champion.

Lastly, players will gain access to Athena’s Fortune tavern and Repair’s Lair depending on which Faction they build up allegiance with. These two locations feature special rewards for players to empower themselves. For example, Guardians of Fortune will grant you the blessing of Athena’s Feature, while players can take part in a ritual on Repair’s Lair to transform into a new form.

Sea of Thieves Season 8 will launch next week, on November 22nd.

NEXT: God Of War: Ragnarok Side Quest Honors Developer Who Lost His Life To Epilepsy

The World’s First Warzone 2 Nuke Has Been Achieved