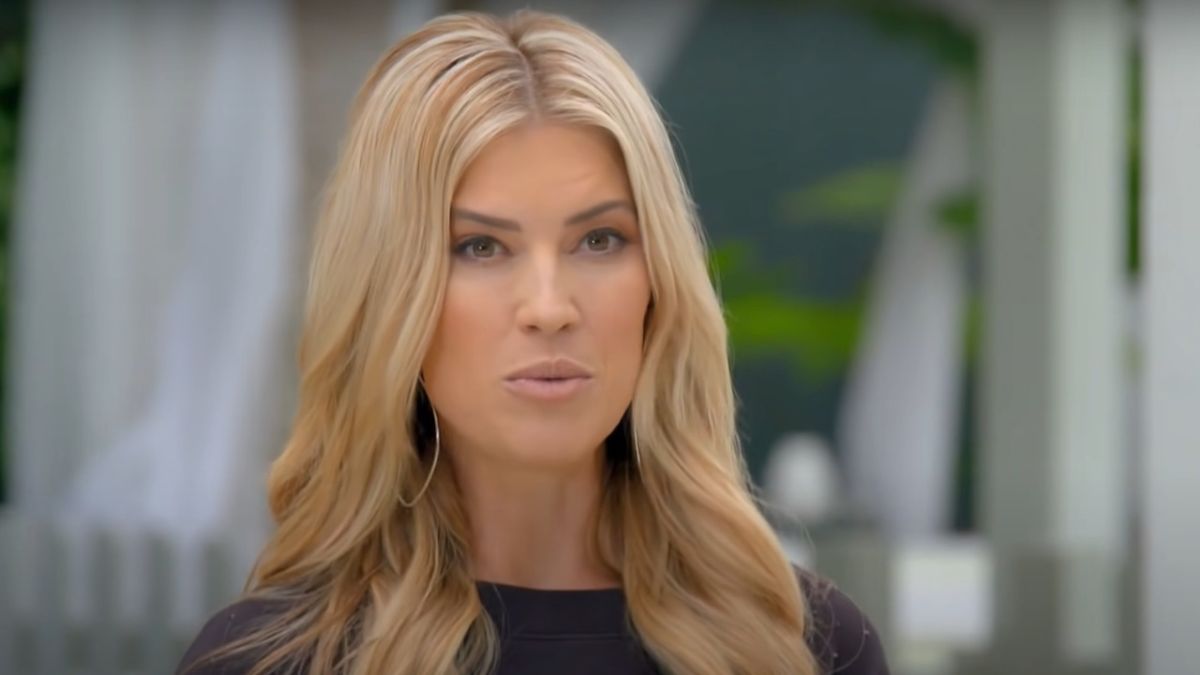 After two years of marriage and having one child together, HGTV star Christina Hall (née Haack) and Ant Anstead divorced in June of 2021, with the former citing irreconcilable differences. And those differences apparently continue to this day because Anstead filed for full custody of their 2-year-old son this past week. He alleged that his ex-wife was an unsafe parent, but the judge denied his suit, pending further hearings. Now, Josh Hall, the 38-year-old’s third husband, is speaking out amid the ongoing custody battle.

Josh and Christina Hall quietly married just last month after a year of dating. As a result, the realtor’s new husband has become a father-adjacent figure to herother kids from previous marriages. Namely, she shares a 6-year-old and a 11-year-old with Tarek El Moussa, who was also her former co-star on the now-defunct Flip or Flop series, along with her child with Ant Anstead. In the wake of the Anstead custody issues, Josh reflected on his Instagram about stepping up and how he plans to be a role model, saying:

The new man in their lives shared that he, too, faced the difficulties of having a “split home” as a kid. However, he defended the character of his wife, who has since rebounded from the Flip or Flop cancellation with yet another spinoff in the works. He deemed the TV personality a “very driven and incredible woman” and a “positive influence in these kids’ lives.”

Specifically, Christina Hall’s ex-husband, Ant Anstead, alleged several things in the custody filing: that she was only with their son, Hudson, nine days out of each month, that she had allowed him to get a severe sunburn and that her use of toad venom for anxiety was an issue. At the time, the home designer responded to the accusations that she was a “good mom” and that Anstead should’ve dealt with these matters “privately.” Her new husband echoed those sentiments:

This isn’t the first time Josh has come to Christina Hall’s defense. But it also isn’t the first time she herself has been criticized in the public eye for her parenting skills One notable instance happened after a 2017 pool incident that involved child services. In 2020, at the height of her problems with Ant Anstead, the mother of three cryptically wrote on her Instagram an admonishment to those who might insinuate that she was an “absent mother.”

Regardless, it would seem she has a dedicated partner in her corner at present. Josh Hall hinted in his post that “no one will hurt her” while he remains in her life. See his lengthy address in its entirety down below:

The status of Ant Anstead’s bid for full-time custody remains, largely, a question mark. He was initially denied because Christina Hall gets a chance to argue her side of the story in court before any official changes can be made to their post-divorce agreement. And she will get the chance to do just that during a hearing in June, where Anstead will be appealing for at least temporary full custody. Updates on the situation while likely arise as time goes on.

Denial of responsibility! Gamers Greade is an automatic aggregator of the all world’s media. In each content, the hyperlink to the primary source is specified. All trademarks belong to their rightful owners, all materials to their authors. If you are the owner of the content and do not want us to publish your materials, please contact us by email – [email protected]de.com. The content will be deleted within 24 hours.