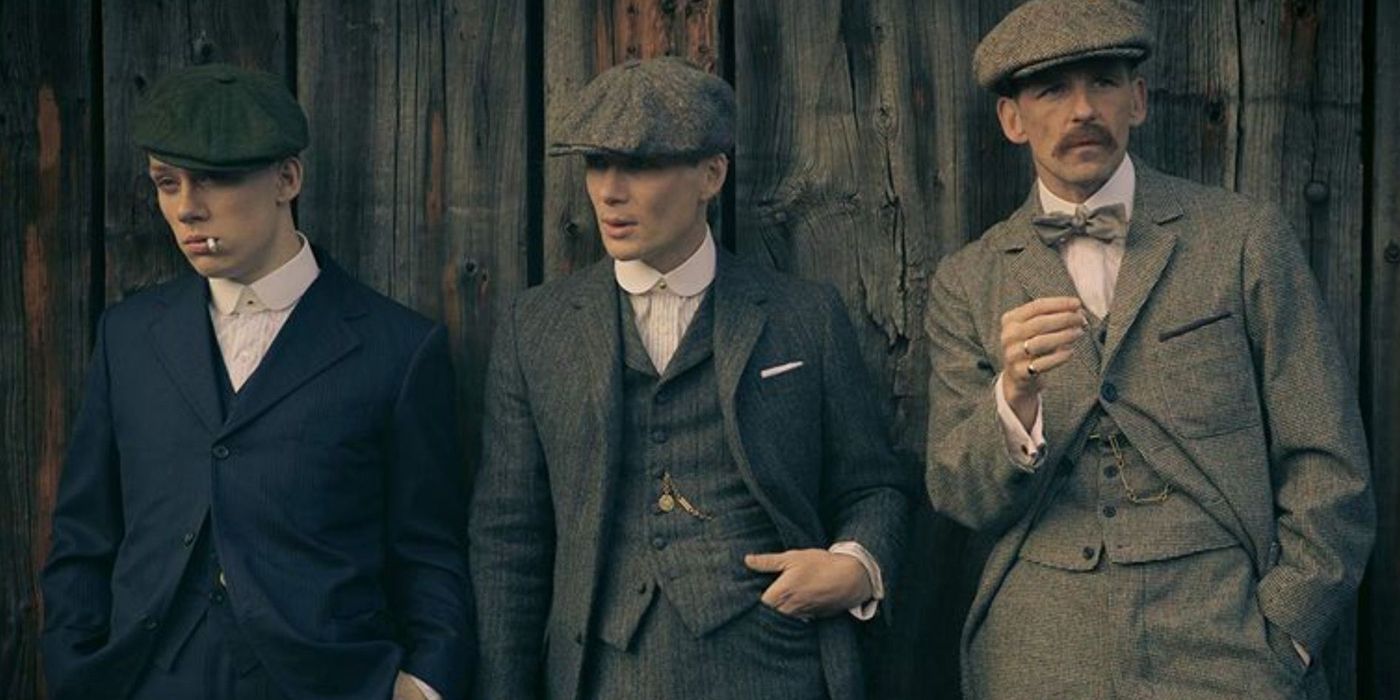 BBC recently shared a video of British impressionist comedians Charlie Hopkinson and Scheiffer Bates taking their impersonations to the next level and reimagining iconic Peaky Blinders Characters on other popular BBC shows.

To decide which show would go with which character, the comedians had two hats in front of them, one containing Peaky Blinders characters, and another with BBC shows. The first pairing that they picked out was the eldest Shelby sibling, Arthur Shelby (Paul Anderson) in Gordon Ramsay’s Future Food Stars. Immediately, for those who know the show, the two seem a match made in heaven, since the British chef and Arthur have a similar energy while arguing. Bates did Ramsay while Hopkinson portrayed Arthur. In the short skit, Ramsay gave Arthur instructions which the Shelby family member misinterpreted, at one point hearing “Changretta,” the rival Italian family, instead of bruschetta. Surprisingly, no fight between the two passionate individuals broke out.

The second character they drew from the hat was Alfie Solomons (Tom Hardy) and the show was David Attenborough’s Green Planet. Of course, Alfie described everything in a simple and straightforward manner. Both impressionists nailed the Jewish gang leader’s accent and the deliberate pauses he makes in his speech.

RELATED: Every ‘Peaky Blinders’ Season, Ranked From Worst To Best

The third pick was the whole Shelby family and the soap opera Eastenders. The characters from the Shelby family included Lizzie Shelby (Natasha O’Keeffe), Arthur again, and Thomas Shelby (Cillian Murphy). Hilariously, Tommy ends the skit by saying “I don’t do lines. That’s Arthur’s thing,” making a wordplay between dialogue lines on a script and Arthur’s addiction to cocaine. Arthur is also the star of the last clip which corresponds to the reality TV show The Apprentice. The whole Shelby family plus Alfie and detective Campbell (Sam Neil) join in on the interview of which Campbell is fired at the end.

Both Bates and Hopkinson are popular YouTubers both amassing hundreds of thousands of views on their videos. Hopkinson will be performing his latest show, Deep Now, at the 2022 Edinburgh Festival in August.

Peaky Blinders hails from creator Steven Knight. The sixth season of the crime-drama series began airing on BBC One in late February. The series finale premiered on Sunday, April 3. Peaky Blinders will be coming to Netflix on June 10.

Margarida Bastos is a native Portuguese writer with an avid interest in gaming, anime, theatre, books, film and TV. Essentially, everything that has to do with the multifaceted nature and fascinating power of storytelling. She has graduated from university in London with a BA in English with Creative Writing and is currently residing in Lisbon, Portugal. Other interests include Psychology, Philosophy, History, D&D, yoga and an unconditional love for animals.

What’s Changing With The Fallout 76 Update