What’s Changing With The Fallout 76 Update 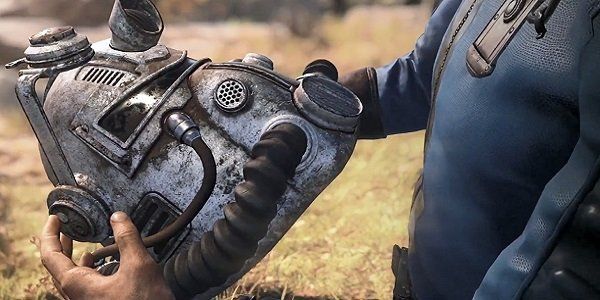 While Fallout 76 may have gotten off to a rocky start, the team at Bethesda is clearly putting in the work to improve the game in many, many ways. Their latest patch notes, for instance, highlight a collection of quality of life changes as well as a massive list of bug fixes.

If you’re playing Fallout 76 on PlayStation 4, Xbox One or PC, then you can go ahead and download the latest patch as of this writing. And, while it might not add any major new features, it certainly covers a laundry list of issues that needed addressing within the multiplayer survival game.

Once you get rolling post-patch, it might take you a while to notice what, exactly, Bethesda has changed. They’ve released a rather sizable set of patch notes you can peruse, but we’ll touch on some highlights here in case you just want the basics before diving back into the game. As a quick note, Bethesda says they were able to make this many adjustments thanks to community feedback, so be sure to keep sharing your thoughts through the usual channels.

Under the “General” heading, Bethesda simply states that several improvements have been made to in-game performance for Fallout 76 and that servers have received additional stability upgrades.

While you can read up on the various adjustments made to things like weapon and perk stats, the real meat of the update that will affect the player experience is under “Design and Gameplay.” Carry weight, for instance, has been capped at an absolute 1,500 pounds over the character’s maximum carry weight. Some folks were using the uncapped carry weight as a super slow but reliable way to stock up on items. Unfortunately, having that many items in the game world can cause things to chug. This cap should help remedy the issue.

Another change is to the recipe menu, where players will now be notified if they already “Know” a particular schematic. Vendor recipes and plans will no longer be randomized, meaning you’ll finally have a reliable source for those items you need. More plans are also being added to the vendor list.

For those of you who enjoy confrontation while cruising through the wastelands of Fallout, you’ll now receive a message when someone has joined the hunter/hunted queue. Another message will pop up when the round is ready to begin, just in case folks missed the first alert and still want to join in on the action.

While a handful of quests and events have been adjusted, the real bulk of this week’s update is under the “Bug Fixes” tag. Bethesda has tackled a ton of issues with this update, so, hopefully, that’ll result in a smoother experience for all players.

Speaking of which, we’d be interested in hearing if any of our readers are still plugging away at Fallout 76. How has your experience been in these months following launch? Has the support helped improve the game in noticeable ways? Let us know in the comments below.