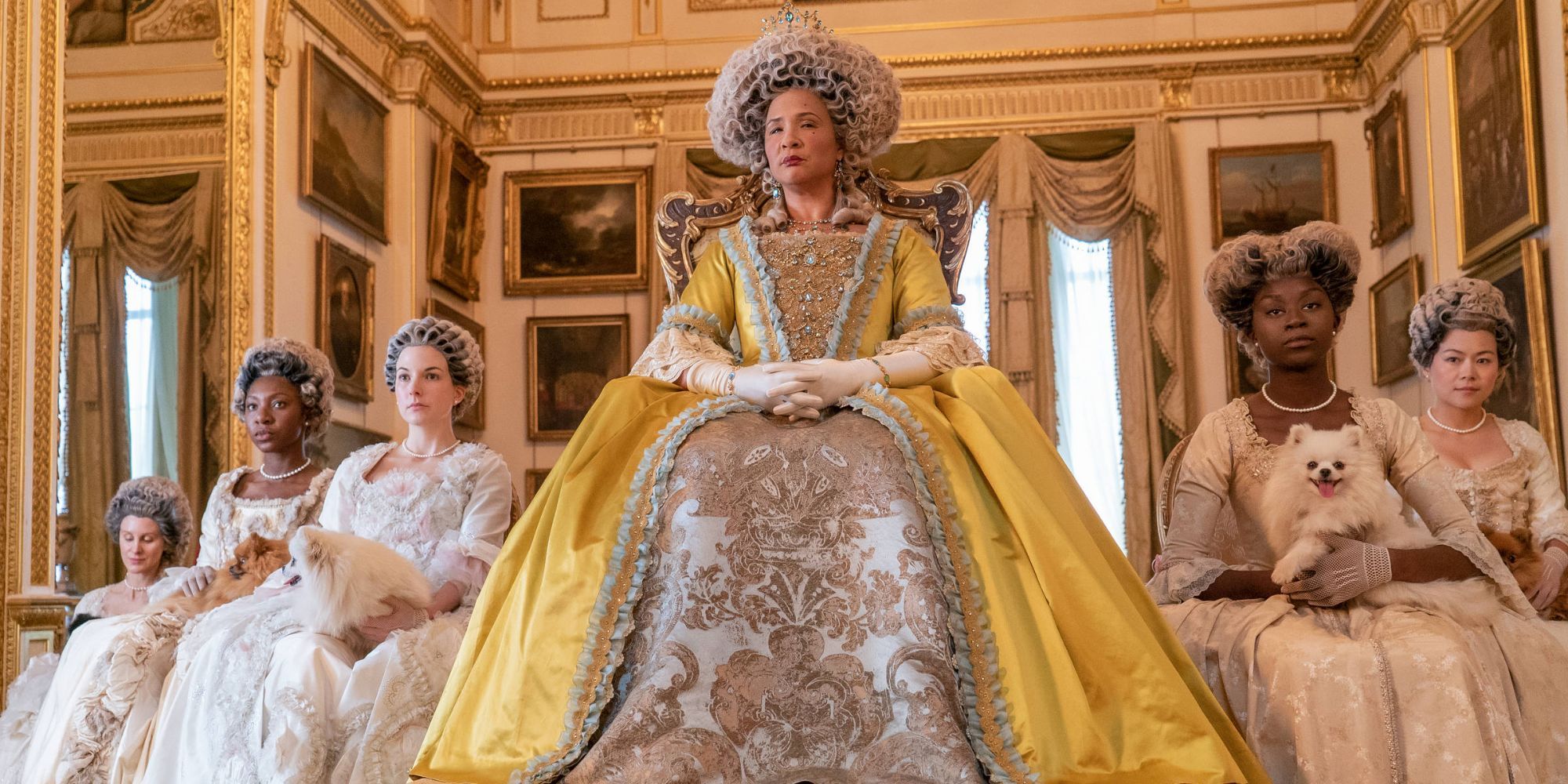 All rise for a first look at Bridgerton‘s prequel tale Queen Charlotte: A Bridgerton Story! Netflix has finally given fans of the hit regency drama a sneak peek at the young royal, portrayed by India Ria Amarteifio. The spin-off series will follow the story of the young Queen’s shift to power.

An image shared on the official Bridgerton Twitter account showcases Amarteifio in the titular role, adorned in lavish champagne gold royal robes and an enviable crown fashioned from bejeweled flowers. Notably, Charlotte is seen with an anxious expression, hinting there could be trouble in the palace.

The image’s release comes just weeks after director Tom Verica revealed the series had officially wrapped. Whilst details have mostly been kept under a royal secret seal, teaser plot details revealed that the story will showcase “how the young Queen’s marriage to King George sparked both a great love story and a societal shift, creating the world of the Ton inherited by the characters in Bridgerton.”

The spin-off is shaping up to be an exciting insight into the characters viewers already know and love. Also set to have their younger years explored are Lady Violet Bridgerton, portrayed by Ruth Gemmell and Lady Danbury played by Adjoa Andoh in the Bridgerton series. Young Lady Danbury will be brought to life by Arsema Thomas whilst a youthful Violet Bridgerton will be taken on by Connie Jenkins-Grieg. Original Queen Charlotte, Golda Rosheuval, is also slated to make a return alongside her younger counterpart. Meanwhile, The Sandman actor Corey Mylchreest will play a young King George.

Author Julia Quinn, who is the mastermind behind the Bridgerton books, has teamed up with Shonda Rhimes, executive producer of the Netflix adaptation, to craft the Queen Charlotte prequel novel. The novel is expected to hit bookshelves in time with the release of the spin-off series’ arrival on Netflix.

It’s an exciting time for lovers of the Ton with Bridgerton‘s third season currently in the works. The season will follow the much-awaited romance between Penelope Featherington – better known as Lady Whistledown to off-screen spectators – and Colin Bridgerton. The stakes have never been higher with season two keeping audiences gripped for a staggering 627.11 million hours in its first 28 days on Netflix – making it the most popular English language series in the platform’s history.

Queen Charlotte: A Bridgerton Story does not yet have a release date. Stay tuned at Collider for future updates!