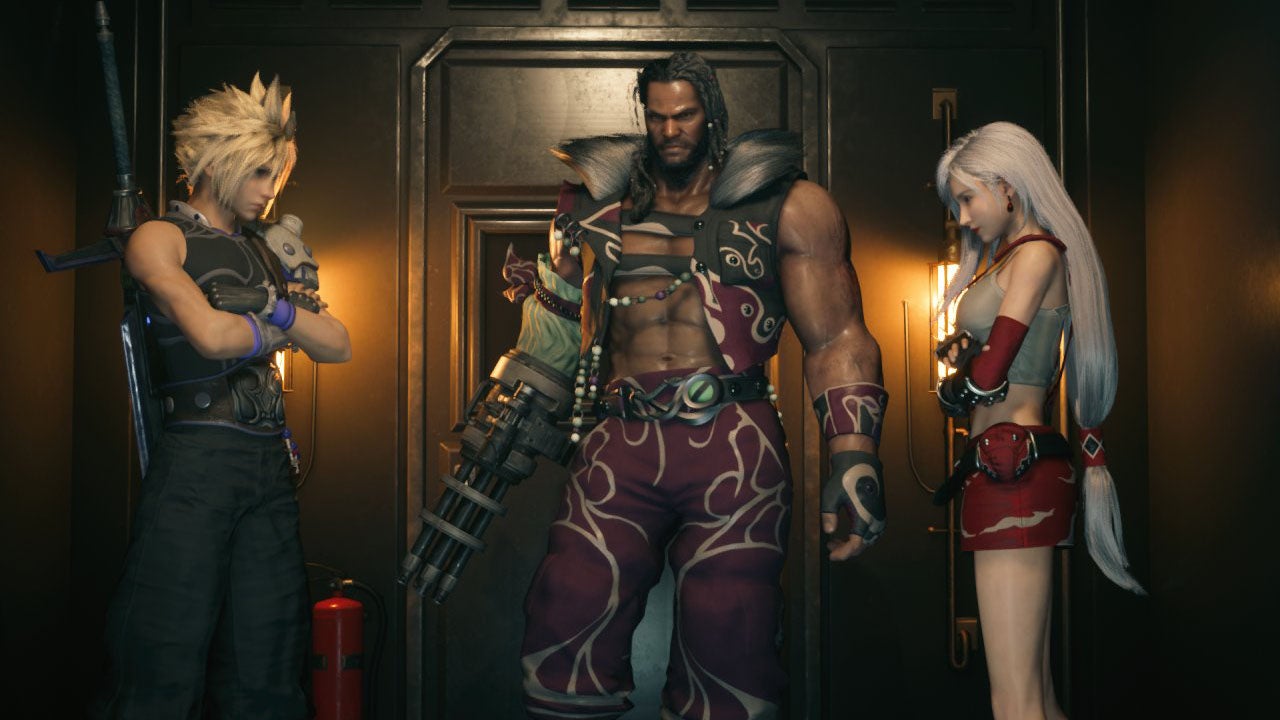 A mod for Final Fantasy 7 Remake gives Barret’s look a bit of a style change to make him more resemble Yoshitaka Amano’s art of him.

We’ve all seen the beautiful art across various Final Fantasies from Amano, which started all the way back with the first game. The cover art from back in the days when he was still doing it didn’t much resemble the art of the game itself, but there was nothing quite like it on store shelves at the time. Now, a modder has taken it upon themselves to make Barret look more like Amano’s take on the character (thanks, Kotaku).

It’s safe to see that Amano’s approach to Barret is wildly different from original character designer Tetsuya Nomura’s style (who also just so happened to have revealed Kingdom Hearts 4 recently). Not only that, the only art available of Barret in Amano’s art style is from the waist up, as shown on the page for the mod for reference, making things a little extra challengin.

“There isn’t a lot of art to use as a reference, so I kept all the parts that are visible: Ponytail, fur trim, earrings, and facial piercings,” wrote modder Amiibolad in the description for the mod. “The rest is my interpretation of Amano’s free form shapes and patterns, and of course: beads! Enjoy.”

Barret marks the last of the four main playable characters in Final Fantasy 7 remake to get the Amano treatment, as Amiibolad has worked on designs for Cloud, Aerith, and Tifa too, meaning you can go for a very different vibe than what’s in the base game.

This should be a good fun way to tide players over while they continue the arduous task of waiting for part two of the currently unconfirmed number of parts of Final Fantasy 7 Remake. At least we know the next part is really going to push the PS5 to its limits.