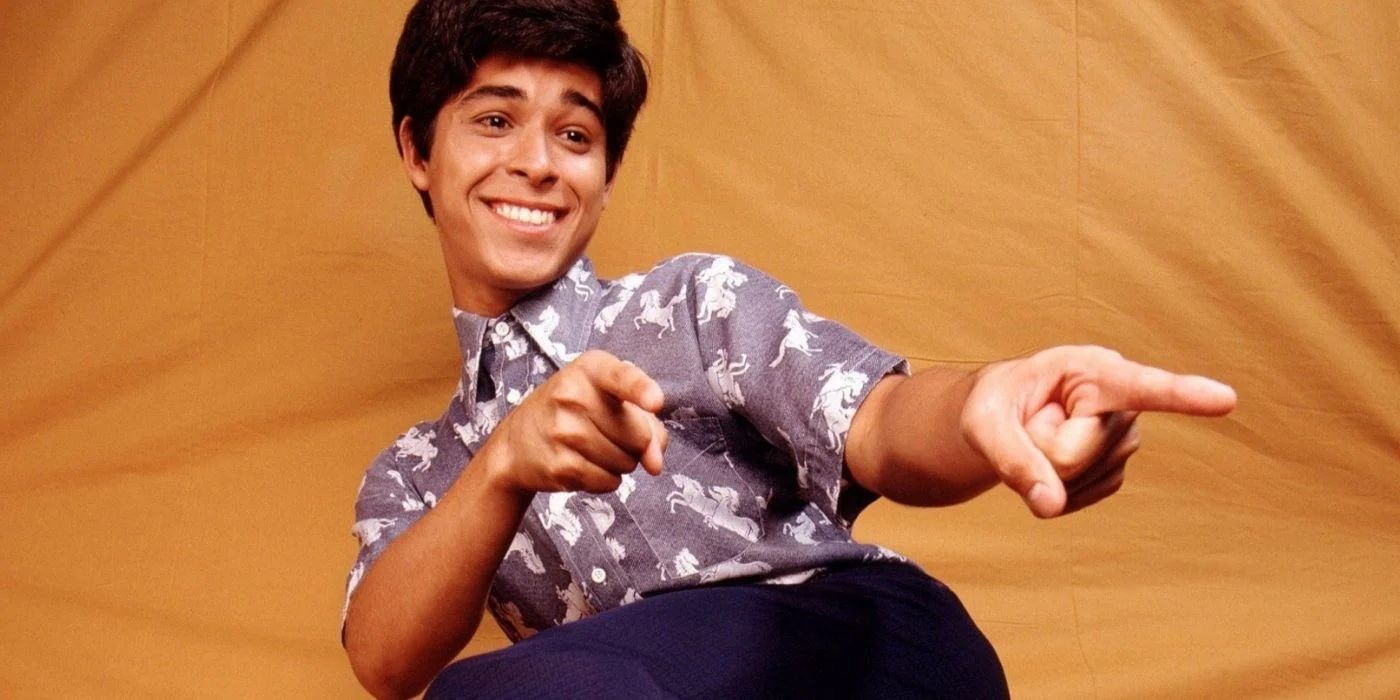 Wilmer Valderrama posted a cheeky new video to Instagram today, giving fans a flashback to his role as the unlucky in love Fez in the fan-favorite Fox series That 70s Show. The video follows news of a partial That 70s Show reunion that will take place on the upcoming Netflix series That 90s Show, which is a sequel series to the original.

The video opens with a dusty old box marked ‘Fez 70’ and a rack of clothes best suited for an estate sale of your leisure suit-loving uncle. Wilmer dives into the trove of clothes, suiting up in a pair of tight pants and a silky wide-lapel button-up shirt that he, Fez style, unbuttons just enough to give a peek at his chest hair. The video ends with Valderrama all dressed up and ready to go back to business as the unlucky in love Fez. Valderrama captioned the video, “Red? Let’s try this Amédica word again.. #HelloWisconsin Yup, still fits..” and included a sly-looking emoji.

That 90s Show will follow Leia, the daughter of the main characters from the original series’ Eric and Donna, as she spends the summer with her grandparents Red and Kitty in Wisconsin. Kurtwood Smith and Debra Jo Rupp will be returning to the franchise in their original roles as Red and Kitty Foreman.

Topher Grace, who played lead Eric Forman, Mila Kunis who played the vain and spunky Jackie Burkhart, Ashton Kutcher who played the dim and womanizing Michael Kelso, Laura Prepon who played Eric’s love interest and the whip-smart girl next door Donna Pinciotti, and Wilmer Valderrama who played the foreign exchange student Fez, will all return for the new series. However, it is unclear whether they will all appear at once, or if their appearances will be scattered throughout the season.

Pointedly not returning for the new series is Danny Masterson, who is awaiting trial on several counts of rape, which Masterson has denied. Lisa Robin Kelly, who played Eric’s frequently delinquent sister Laurie passed away in 2013.

Regardless of whether all of our old basement dwelling pals will gather together for the new series, there is certainly a lot to catch up on. And it will be fun to see if Jackie has invested in the Beanie Baby craze. And do any of them have one of those, what are they called, personal computers? The release date for the new series has not yet been announced. However, you can busy yourself with this new, and strangely hypnotic, clip of Valderrama Fezifying himself below:

Elden Ring: Where To Get Briars Of Punishment