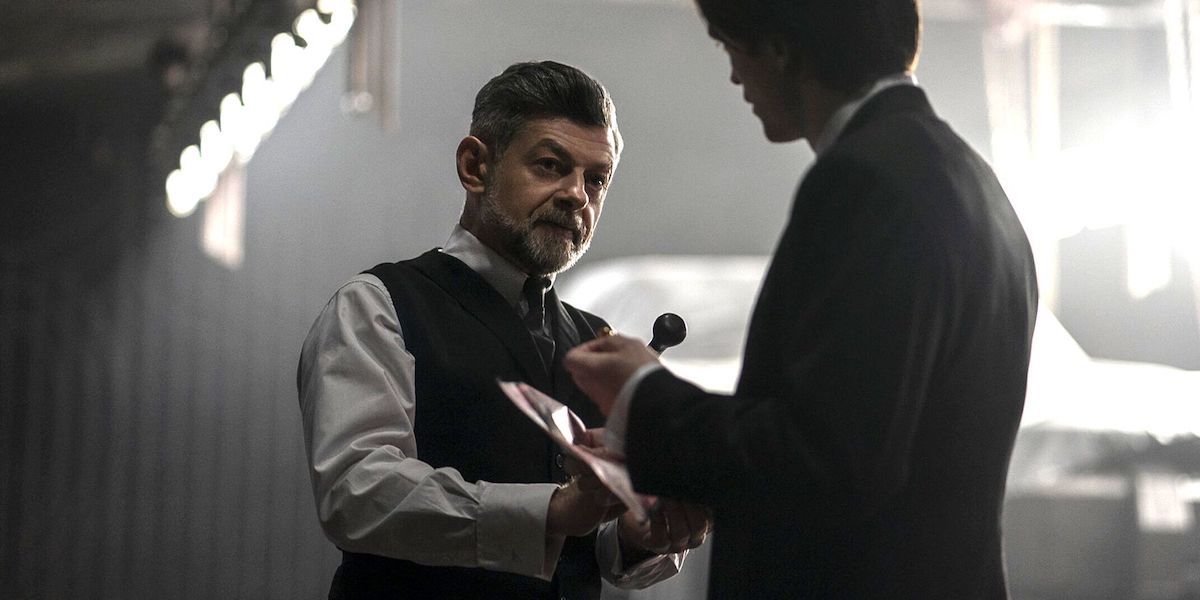 There are few entertainers working today with careers more prominent and versatile than Andy Serkis. The ever-busy actor-turned-director has only continued to thrive as a performer, notably with his motion-capture work in The Lord of the Rings trilogy, King Kong, and the Planet of the Apes prequels. And now, he’s forging an impressive career behind the camera, notably with this past fall’s Venom: Let There Be Carnage proving that his expanding expertise in CG special effects also extends behind-the-camera. Having previously helmed the motion-capture-heavy Netflix acquisition, Mowgli: Legend of the Jungle, Serkis continues to take a keen interest in making big movies on big canvases. Now, following the critical and commerical success of his last film, Serkis has secured his latest directorial feature. It was revealed that the CG-friendly actor-filmmaker will direct The Giant’s House, an upcoming adaptation of Elizabeth McCracken‘s 1996 celebrated novel, which will be adapted for the big screen by novelist-turned-Oscar-nominated screenwriter, Nick Hornby.

Considered an original and charming romance filled with beauty and whismy, The Giant’s House follows Peggy Cort, a young librarian who prefers to spend time reading books than engaged in the company of other people. But when James, a very, very, very tall young man, visits her library, the two will embark on a journey that neither could have predicted. As Deadline notes, casting director Lucy Bevan is on the hunt for a young actor to play James, which suggests that this project might come together sooner rather than later. It’s unclear if the casting team is looking for prominent names for these young lovers or if they are trying to find some relative unknowns. But if the project is currently in the middle of development, we should have a few more updates soon.

Andy Serkis On ‘Venom: Let There Be Carnage,’ Shooting The Coming Out Club Scene, And The ‘Luther’ Movie

Along with writing the script, Hornby will serve as an executive producer. Additionally, Finola Dwyer and Amanda Posey of Wildgaze Films will produce the adaptation alongside Jonathan Cavendish, who runs Imaginarium Productions alongside Serkis. Imaginarium also produced Mogwli, and they will produce Taika Waititi‘s sports dramedy, Next Goal Wins, which will likely come out sometime this year.

Along with Mowgli: Legend of the Jungle and Venom: Let There Be Carnage, Serkis helmed 2017’s Breathe, and he’s also busy directing an animated adaptation of George Orwell‘s Animal Farm, which was announced just last week. Suffice it to say, Serkis keeps himself plenty busy, and that’s not counting his various commitments to Star Wars, the MCU, and now, The Batman, which got its sequel greenlit earlier this week. We should expect to hear more about Serkis’ busy directing career in the days ahead.

Will is a freelance writer who has been seen in a variety of print and online publications. See you at the movies.

More
From Will Ashton

Playdate review – a fascinating puzzle in itself

The Delay Of Warzone 2’s Season 2 Is A Sign…