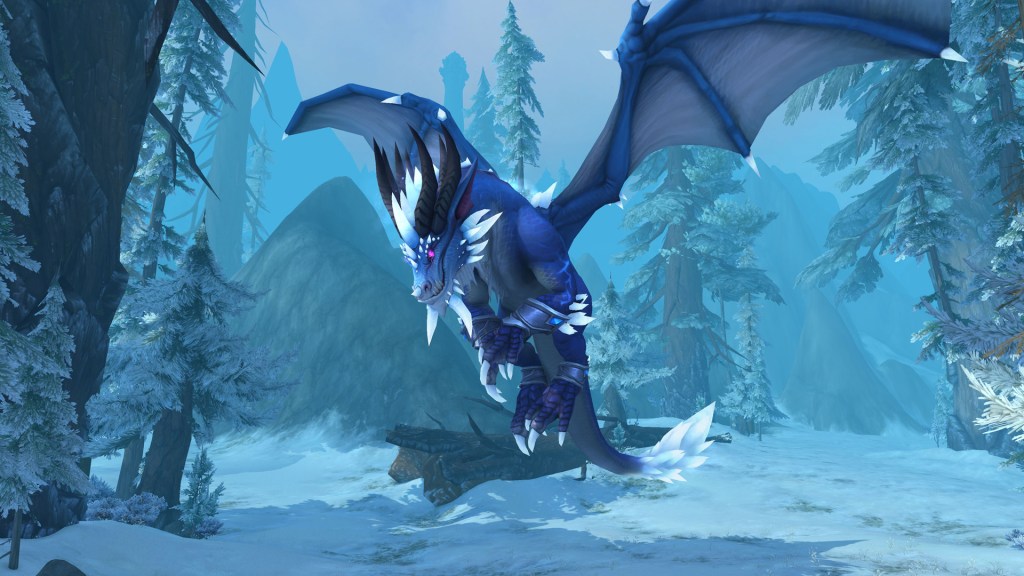 In Dragonflight, the ninth expansion of the popular 18-year-old massively multiplayer RPG World of Warcraft, players will return from the Shadowlands to Azeroth, exploring a new region of the world that is the ancestral home of the dragons. While the launch date wasn’t part of Blizzard Entertainment’s recent reveal, it is almost certainly a 2023 title – if they don’t have a release date planned yet, it’s probably not this year.

Dragonflight adds a new race, the dragon-based Dracthyr, and a new class unique to that race, the caster/healer Evoker. It will play out in a new set of zones on Azeroth, the Dragon Isles. Flying mounts won’t immediately be available there, but Dragonriding will be – a physics-based adventure on a swooping, gliding, diving, customizable dragon of your own.

Get ready to redesign your character’s abilities

One of the biggest changes to character-ability design, which Holinka oversees, is the near-complete removal of ‘borrowed power’ from the game. That’s Blizzard and the community’s term for player abilities and strengths that come from items or circumstances unique to an expansion, that are then removed or reset at the end – the artifacts of Legion, the Heart of Azeroth in BFA, the Covenants in Shadowlands. There are no powers from factions or covenants or specialized gear, at least to start, though there will still be class tier sets to obtain, he says, with their own bonuses.

Instead, the designers are pouring their efforts into the basic talents of each class and specialization, which are being dramatically redesigned and increased. Every class will have a basic class talent tree, with movement speed and defensive abilities and other utility spells. In addition, they’ll have a robust talent tree for their specialization, which Holinka and his team hope will provide some distinct options for players to create viable custom builds.

The game’s basic user interface and displays are also getting a massive overhaul for the first time since WoW began, allowing the kind of customization that players have been using in mods for years, and giving the game a slightly more modern look and feel.

“We think it’s time to take a lot of the effort that we put into endgame progression systems like Azerite, Artifacts, and Covenants in the Shadowlands, and spend it on redoing systems that we’ve had in the game for a long time, and we’re going to have for a long time going forward,” Holinka says. “Our intention is that the talent system is going to be there to kind of provide that kind of endgame flexibility and modification that people have become used to.”

Playing around with gear combinations will be new endgame focus 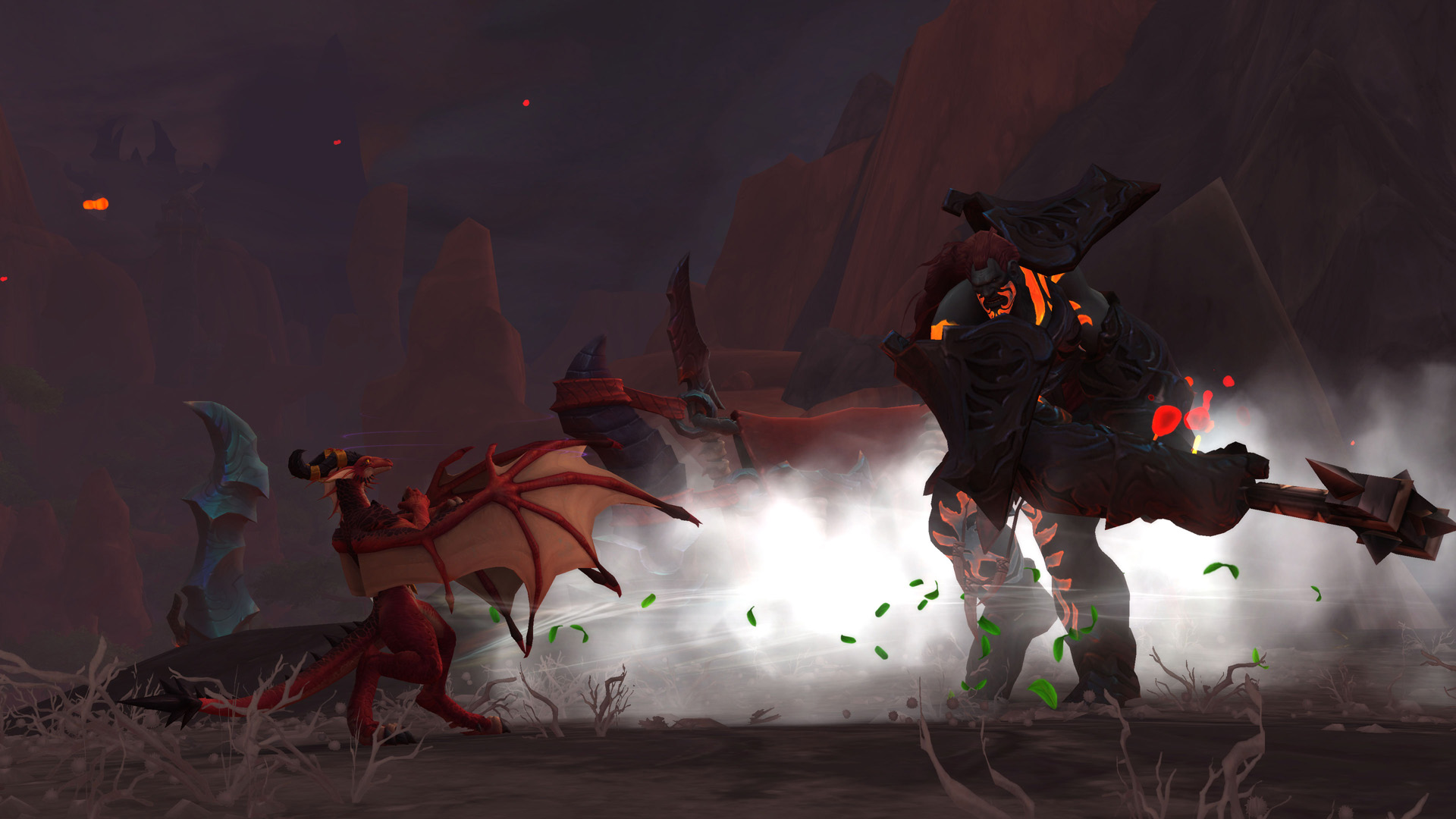 In the endgame, Holinka expects tier sets and trinkets and other interactions to help provide some variety in combination with the expanded talent trees.

“We had the return of class sets at the end of 9.2, and we imagine that we’re going to see those class set bonuses going forward in the future,” he says. “Those always provide a lot of variety for classes and specs in each tier, and make them play a little bit differently. We expect there’ll be some interaction between, you get a new tier set bonus, you get a trinket — does that change your talent choices in some way? We think those types of interactions will be what people will spend their endgame on instead of those progression systems we had in the past.”

The new talent trees will include some abilities that players have had from Covenants in the Shadowlands and from previous expansions in borrowed power systems, he says. The demonstration talent tree shown during the expansion reveal clearly included the Druid ability Convoke, part of the Night Fae covenant, for example.

“Going back all the way through 18 years of making this game, we have so many set bonuses, legendaries, artifact traits, Azerite traits, Covenant abilities — there’s a lot of inspiration to draw from. All those are available to the designers as they make their talent trees,” he says. “I think when we talk about the Covenant abilities, there are some that are somewhat easy for us to translate to the class kits.

“Convoke the Spirits is a good one. Ardenweald was a bit different from the normal druid aesthetic, but still when you cast Convoke the Spirits, it’s not out of place, so it’s easy to see that one coming forward. Another example might be Abomination Limb for Death Knights. Other ones may not make as much sense.”

The return from the Shadowlands brings changes 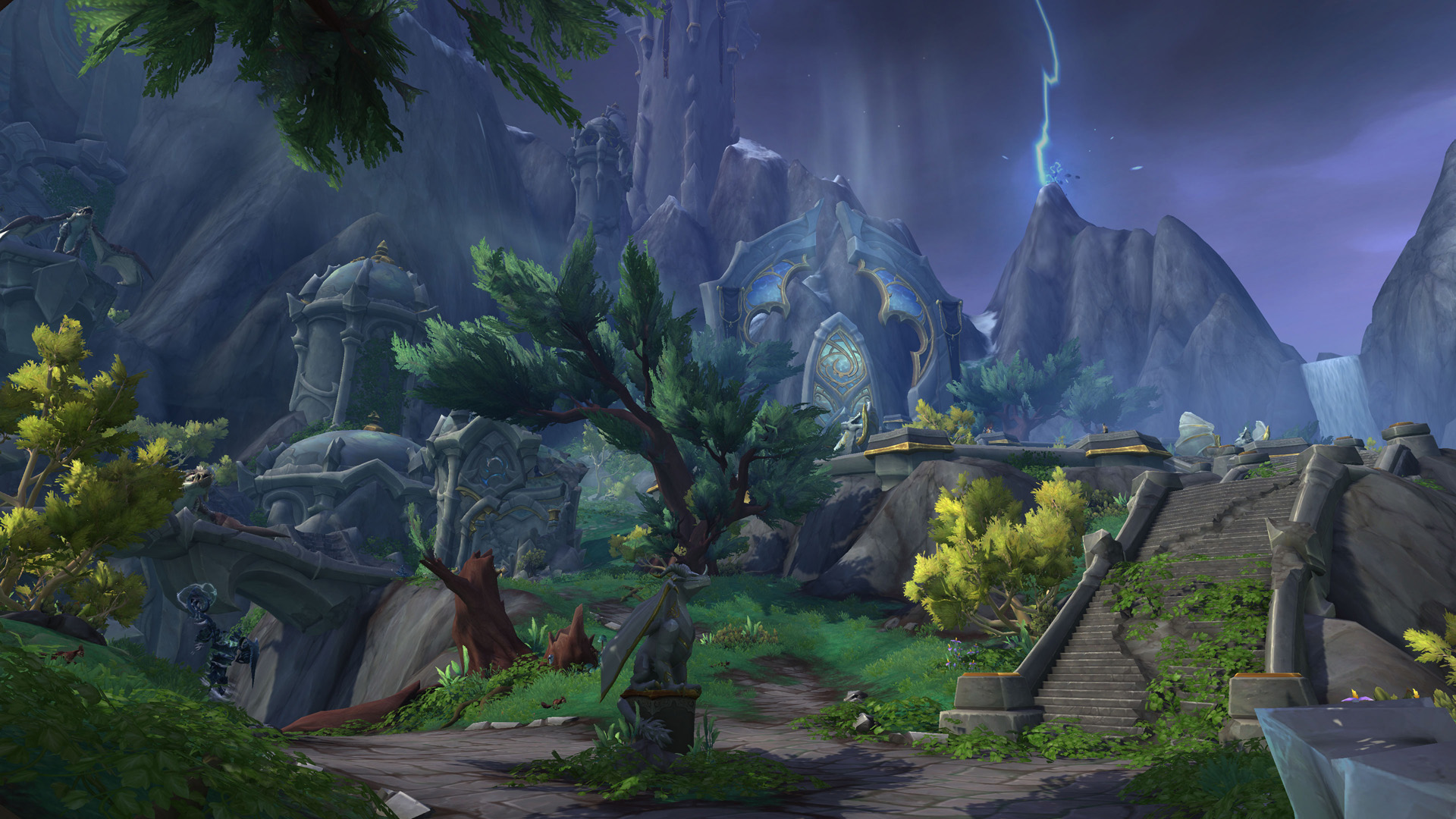 The story for Dragonflight is entirely different from the afterlife-themed current expansion, Shadowlands. Unsurprisingly, it centers almost entirely around the stories of the various dragon aspects and the dragonflights they lead, which are popular with players and already giving Dragonflight some early buzz.

At the end of the Cataclysm expansion, the dragonflight leaders gave up their power to defeat Deathwing, the black dragon corrupted by the Old Gods.

In the Battle for Azeroth expansion, his son Wrathion dealt a personal blow to the Old God N’Zoth, and played a major role.

But while Warcraft touched on a couple of dragon-related storylines in Shadowlands, most notably the after-death experience of Ysera, the green dragonflight leader, most of them have been notably absent.

What those dragons have been up to 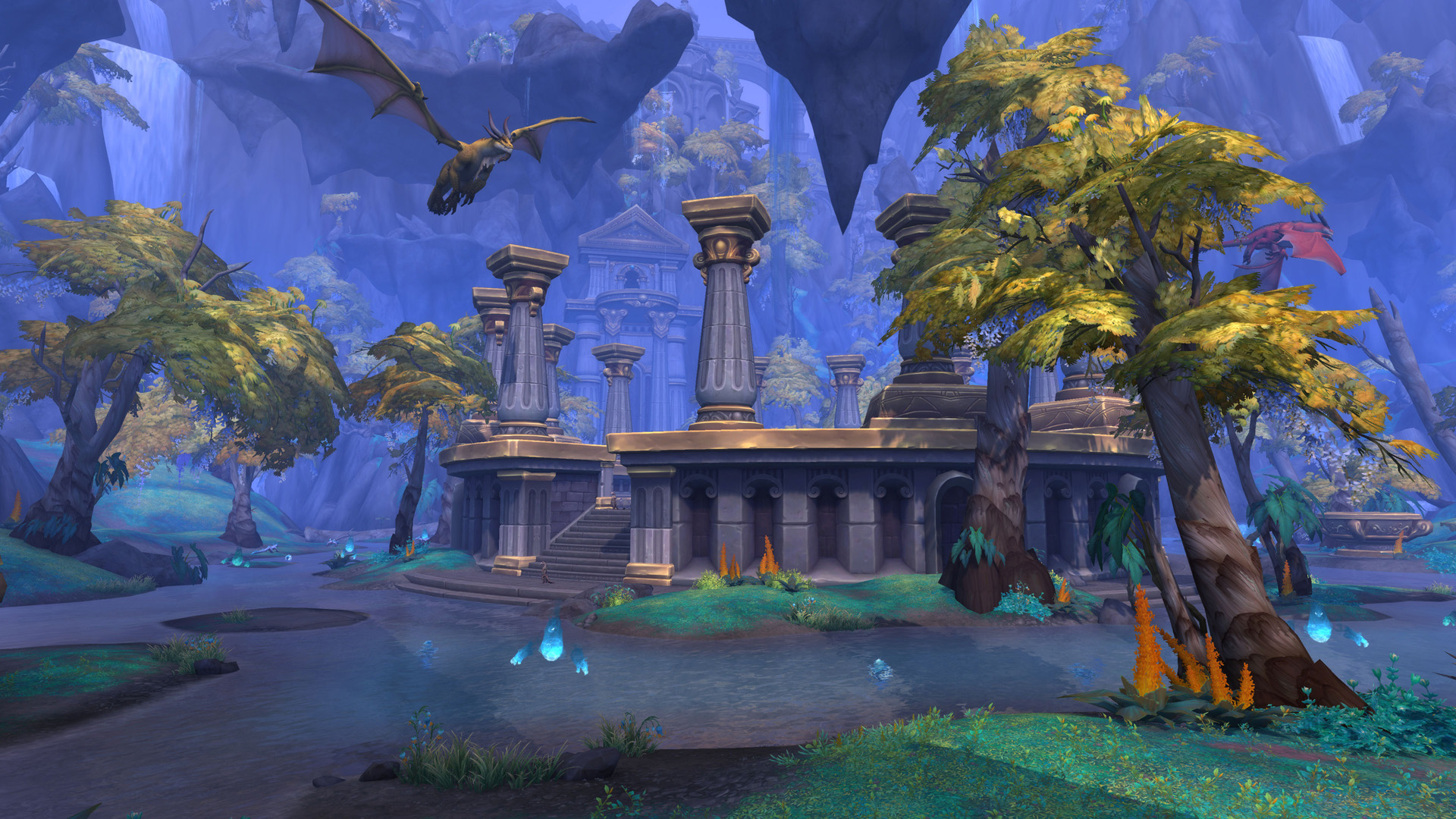 “When you think back on what we’ve seen of the Aspects so far, obviously Cataclysm was when they really all had to band together against one of their own — Neltharion, who had become Deathwing — and it required them giving up their aspect powers to be able to defeat him,” Danuser says. “We see at the end of that expansion, them saying the age of dragons is over, this is the age of mortals. They passed the baton.”

“One has to look at what was done with the baton after it was passed. The world plunged into another war, the Legion came again. And of course the campaign in the Shadowlands, in which the world soul of Azeroth itself was put in peril.”

After all that, Azeroth’s energies are resurging, causing the Dragon Isles to reawaken, he says. The launch cinematic for the expansion shows a Watcher reigniting a beacon on the Isles and triggering the dragons’ return.

Dragons’ return – to home and to power 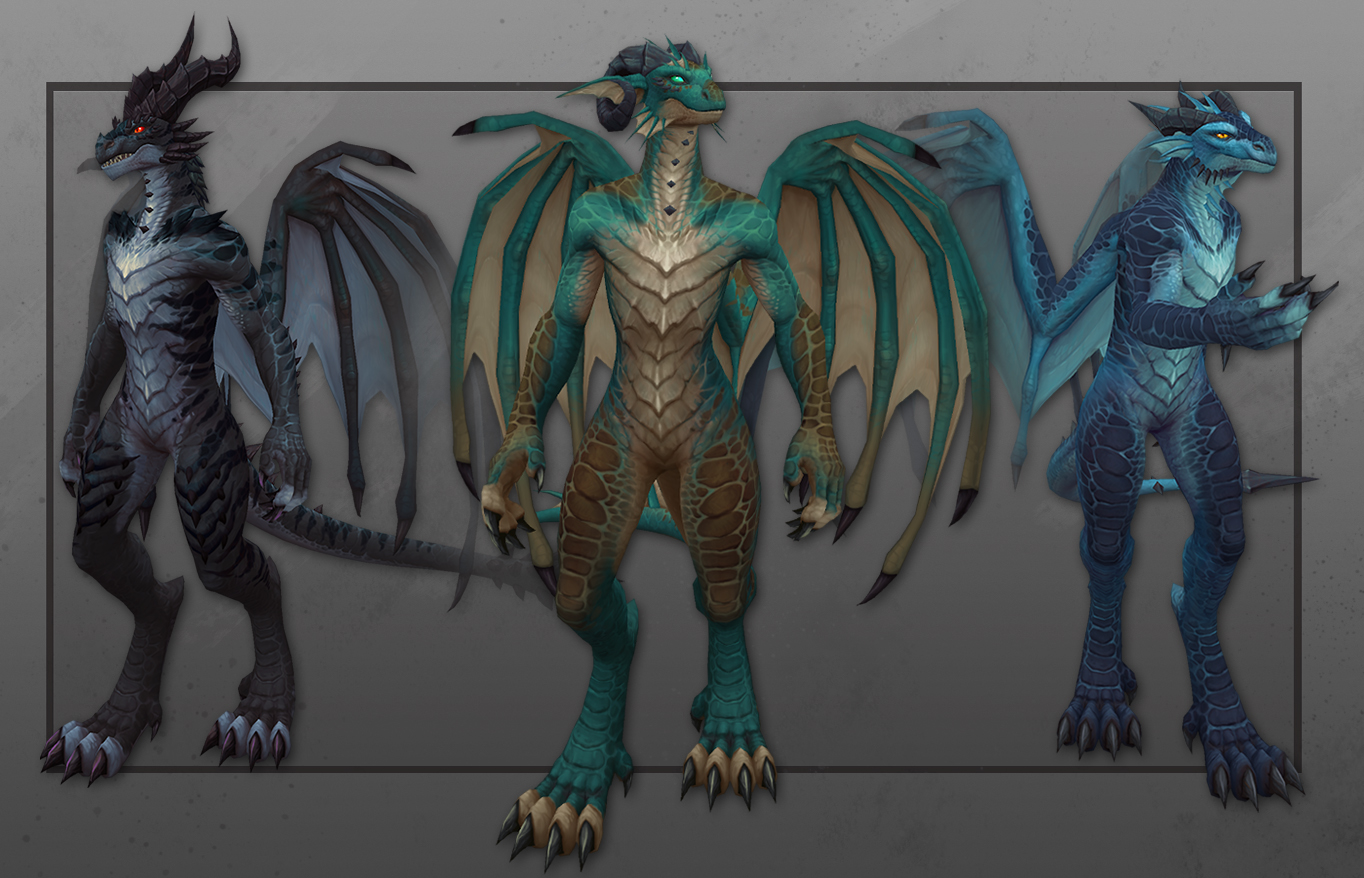 “That Beacon of Tyrhold is both literal in terms of calling the dragons home, but it’s also symbolic of something within their hearts that guides them back and reignites their purpose to be of this world once again,” he says.

“In order to do that, though, Alexstrasza and the others are gonna need to find a way to restore that aspectral power that they once wielded, and that’s not an easy task.”

That’ll be part of the leveling story, with a few max-level chapters as a bonus, he says. For the new playable dragon race Dracthyr, there’ll be a slightly different start to the story – their starting zone is also on the Isles, and their early quests explain how they came to be, in the wake of a climactic battle that caused Neltharion to shelve them as his soldiers.

“We’ve crafted this entire Dracthyr intro experience that tells that story of why they are awakening now, how they come back into the world and what future they can find for themselves,” Danuser says. “One of the big overarching themes for Dragonflight is this idea of legacy and what your future is. Do you reclaim a legacy of the past, or do you forge something new and try to find a new path forward?”

One theme, many dragon stories 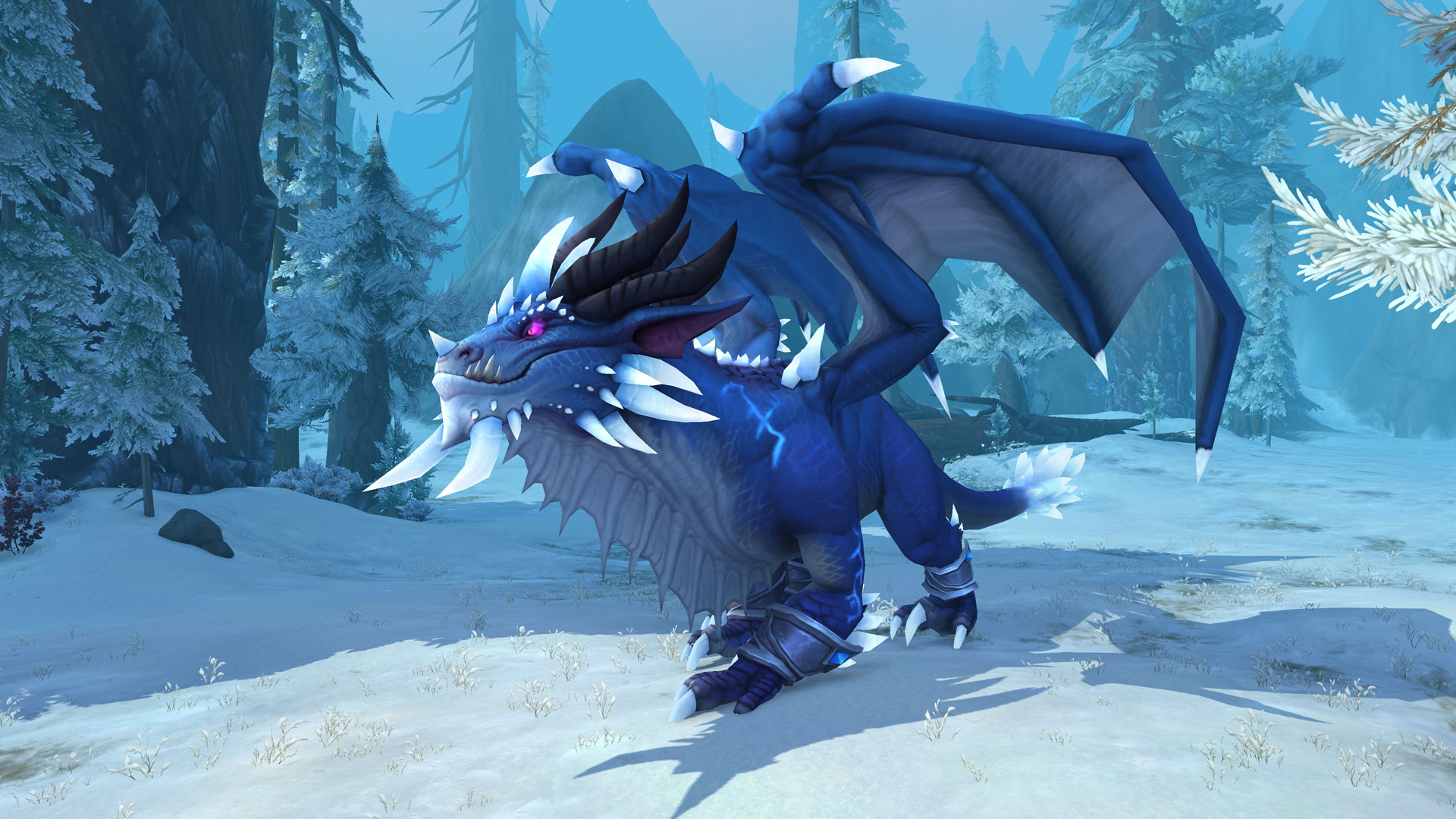 That theme will play out with the dragon aspects, who will decide whether to recreate what they had before or start fresh. It’ll show up for the Dracthyr, who were created as Neltharion’s soldiers and must start anew. And, Danuser hints, it may play a role for Wrathion himself – who may have to choose whether he wants to be the leader of a renewed black dragonflight after all.

Fan-favorite bronze dragon Chromie will also make an appearance, he says, playing a role in the tale of the bronze leader Nozdormu. We know he eventually becomes the evil Infinite dragon Murozond, but not how that happens – and this expansion will be the time for that tale, it appears.

“Even as the call of the Dragon Isles is beckoning him and others home, he also feels that man, maybe that moment in time that I’ve been dreading is also approaching,” Danuser says. “So he’s going to need the help of Chromie and others of the Bronze flight to help him navigate those waters and find out what his destiny is.

“Because right now he and the other bronze dragons, they can’t clearly see what’s in the timeway to come. So they’re going to need to try and get their vision back, get their flight back in order, and that will help both Nozdormu and Chromie find their place in the future of dragonkind.”

Hurry up and wait 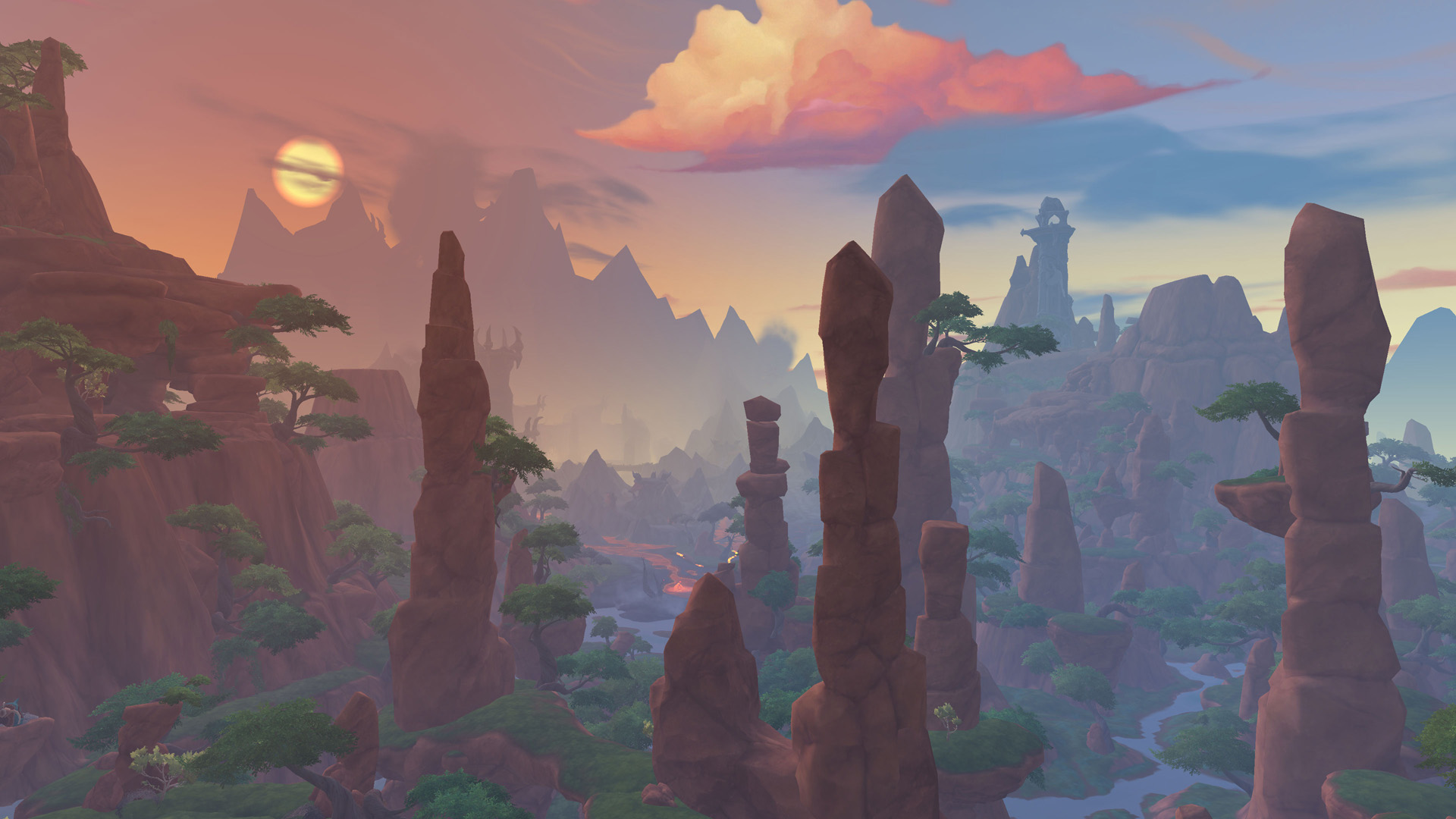 For now, players will have to puzzle out what comes next from interviews and the other tidbits Blizzard drops. A playable test build is coming “soon” – in Blizzard terms, that could mean tomorrow or this fall – and Shadowlands still has another patch and another season of content to go before Dragonflight nears its launch.

With no pre-order yet available, it may be some time before these dragons take flight.

Written by Heather Newman on behalf of GLHF.

Strange New Worlds Images Spotlight the Crew of the Enterprise