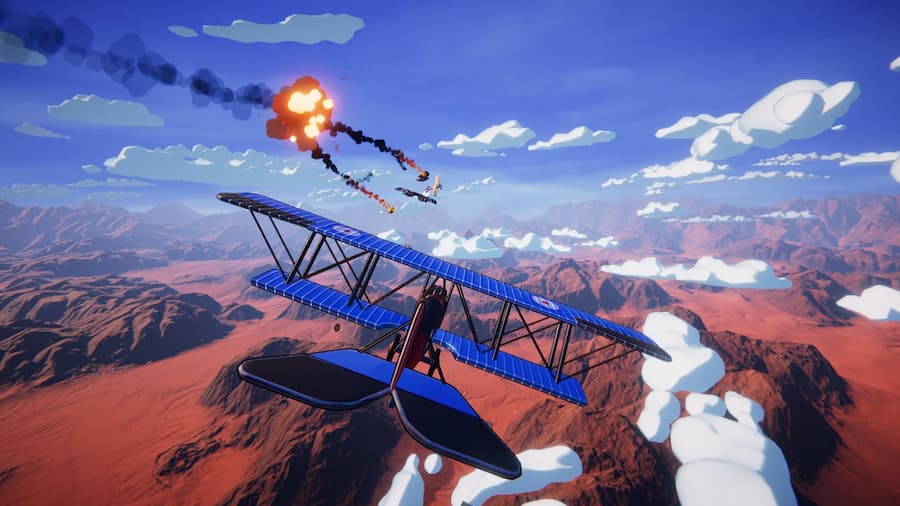 An arcade-style shooter set during World War 1, Red Wings: American Aces does have a story, but it very much takes a backseat to the action. And it’s for the best, because it really isn’t notable. Delve into the game’s campaign mode, and instead it’s the dogfighting that will keep you going back for more. And also the process of improving your abilities via a skill tree.

There are some thirty missions to tackle overall, each one with its own objective. You might have to collect all fuel drops within a set amount of time, hunt down and destroy hidden blimps, or simply wipe out all the enemies that stand against you. And to add an extra challenge, you’ll be graded for your efforts, pushing you to be fast and kill enemies as efficiently as possible.

Your performance feeds into your further success, as well. The stars you earn from each mission (up to three), essentially serve as skill points. These can them be invested into your skill tree to provide a wide range of benefits. You can increase the power of your machine guns, for example, unlock a green marker that indicates where the nearest resupply point is, and a whole lot more.

Some might want to invest their skill points into the range of advanced skills that are available to you in Red Wings: American Aces. Barrel roll and quick turn manoeuvres come with cooldown timers, and can be quickly performed with the push of a button to give you the upper hand in combat. You can also call on your squadron to take down enemies in your sights, or perform a fancy finisher on a weakened enemy. 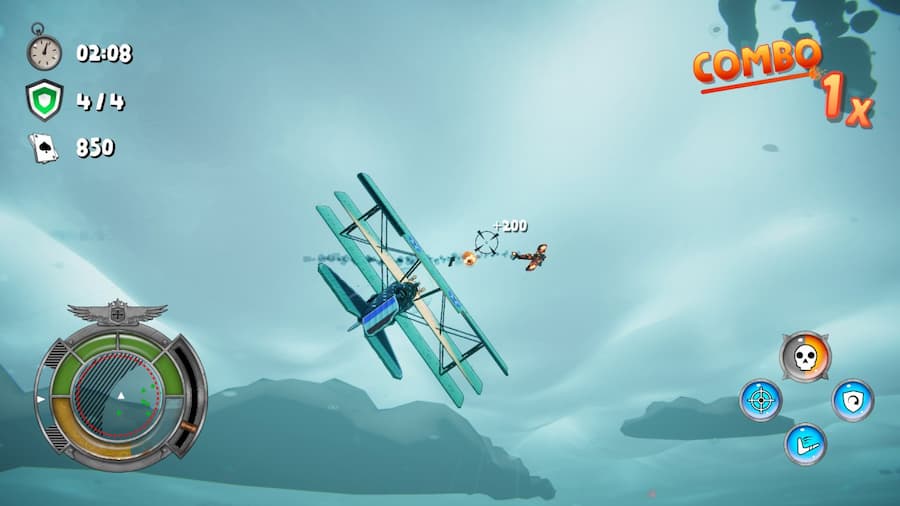 Using your skill points, you can make all of these skills even more useful. From the finisher healing you when used, to more squadron members being called in to assists you, these upgrades really do give you a fighting chance as you get further into the game and the missions become more troublesome. Even simpe upgrades like cooldown timers being reduced make a considerable impact.

Despite these upgrades, however, Red Wings: American Aces remains quite a simple game at heart. The flight controls are easy to get to grips with, and aside from your skills, all you have to defend yourself is a machine gun that heats up as you use it, forcing you to fire in short, controlled bursts. Some might find the action getting a little repetitive, then, but at least there’s a decent number of ships to unlock as you play, each one with its own parameters. 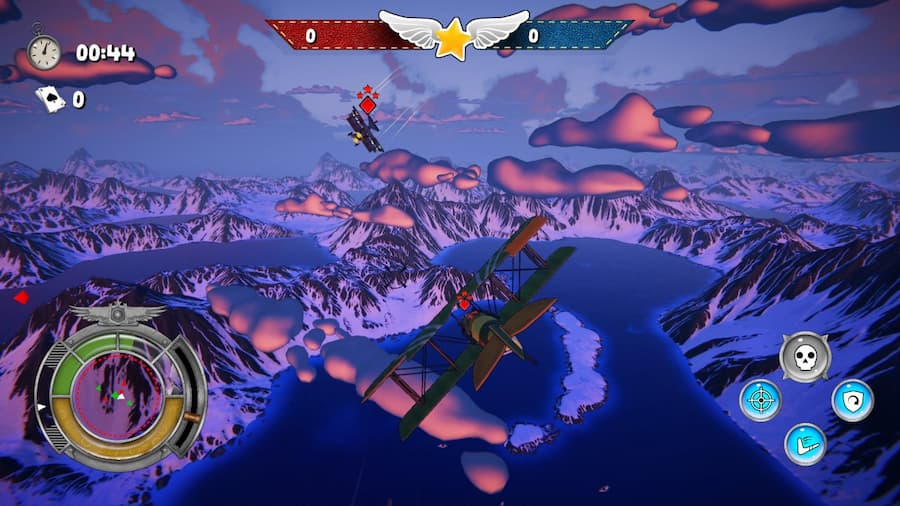 More fun can be wrought from the game thanks to the addition of local co-op. Get a friend or family member in on the action and the campaign will seem that bit more lively. And outside of the campaign there are also competitive online multiplayer options. Last Man Standing, Score Battle, Time Battle and Elimination modes are available, though be warned that finding players can prove to be an issue. Thankfully some competitive modes can be enjoyed locally, too.

Red Wings: American Aces isn’t going to blow your socks off; chances are your time with it will be quickly forgotten once you’ve moved onto the next title. It does offer plenty of fun while it lasts, though, and also looks pretty nice thanks to its comic-book styling. Add in the fact that it doesn’t cost a great deal, and have a game that fans of arcade-style shooters should certainly check out. Especially if you particularly enjoy dogfights.

This review of Red Wings: American Aces is based on the Switch version, with a code provided by the game’s publisher. It’s available on Switch and PC.