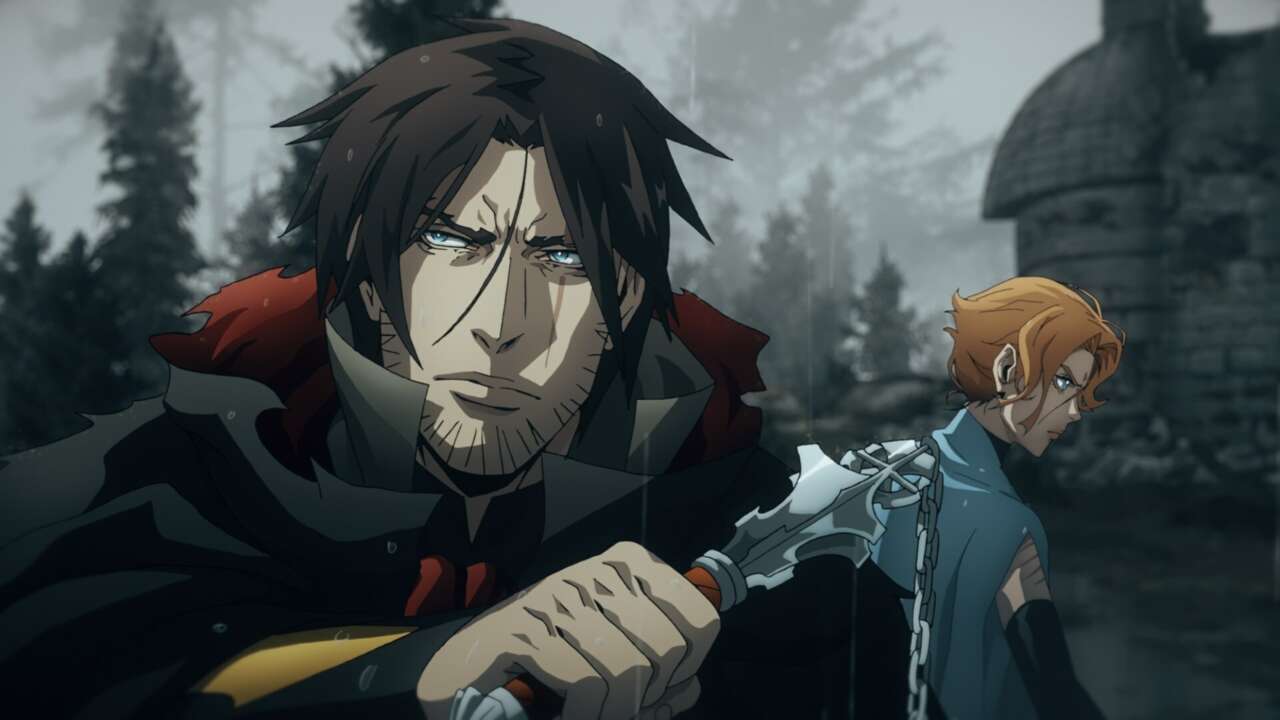 In the year 2022, we’ve finally come to a point where a video game being adapted into a film or a TV show isn’t an immediate cause of stress and nail-biting. We live in an age of two shockingly good Sonic the Hedgehog movies, a delightful live-action Pokemon film, a Mortal Kombat reboot that doesn’t shy from the red stuff, and a reverent but tongue-in-cheek Rampage movie. There’s even a slavishly faithful Phoenix Wright movie directed by Takashi Miike of all people. As it turns out, giving the people what they want is a pretty good place to start when adapting a video game.

Thing is, after a string of successful adaptations, it’s becoming clear that reverence isn’t enough. You can just play the game again if you want reverence. Something else, an x-factor, has to carry a property into a new medium. For Sonic, it’s ultimately the ongoing story of a lonely kid trying to build a chosen family. Detective Pikachu had a surprisingly well-done mystery angle involving Pokemon/human segregation. Silent Hill–for my money, the best video game movie adaptation altogether–just leans into becoming an American giallo film, a kidnapping mystery wrapped in a terrifying religious cult morality play. Giving the people what they want is one thing, but adapting a game successfully often involves giving these characters and their worlds what they actually need to become viable stories that attempt to transcend the storytelling limitations of games; that is, story often having to take a backseat to the player’s agency. The recent game adaptations of games have been wonderful, to be certain, but only one major work has managed to be more than its source material: Netflix’s Castlevania.

Netflix’s adaptation of Castlevania is a creative full circle situation. The game series started in 1986 as a gothic love letter to old-school Western horror films, with all the classic Universal Monsters–Dracula, the Wolfman, the Mummy, Frankenstein’s monster, etc–vs one man fighting with a deliberate homage to Indiana Jones’ whip. When the series evolved with 1993’s Dracula X: Rondo of Blood, the main point of artistic influence appeared to be classic manga/anime Vampire Hunter D, and that anime influence ultimately became the template for the next two decades of Castlevania games. Netflix’s Castlevania represents a logical endpoint. Its anime-influenced art-style adopts the sleek, sharp lines and reserved, subtle animations of Yoshitaka Amano’s–yes, that Yoshitaka Amano–original work on Vampire Hunter D, with more than a little of Yoshiaki Kawajiri’s work on the film sequel, Vampire Hunter D: Bloodlust, thrown in for good measure, but its focus and attitude are thoroughly Western, thanks to its showrunner, famed comics writer Warren Ellis.

On paper, it’s hitting the correct plot beats from the games. After his human wife, Lisa, is burned at the stake, Dracula goes on an unholy war of vengeance that lays the Romanian province of Wallachia to absolute waste. Meanwhile, Trevor Belmont, wielding an ancestral whip forged for the singular purpose of slaying vampires, takes up the family business and goes looking for Dracula, with a few new friends coming along for the ride: the sorceress Sypha Belnades, and Dracula’s own son, Alucard. It’s fairly archetypical stuff, but Ellis’ scripts are certainly not. Originally intended to be a trilogy of live-action films around 2007, the first two seasons of the show are only archetypical in that they’re exactly what you’d expect from Warren Ellis around the time they were originally written. Dracula, a fairly straightforward, easy villain to write if there ever was one, is a reclusive, taciturn lord who develops a new taste for living–and not just for blood–after Lisa arrives at his castle. The two strike up a friendship then romance based on intellectual curiosity and faith in the world’s potential to evolve. When she burns at the stake for daring to bring science and knowledge to a populace ruled by the Catholic church, it’s played less like a villain origin story than genuine tragedy, a chilling outburst of grief that indicts zealotry and ignorance more than it condemns the bloodsucker at its center. But in case you needed some straight-up horror, the invasion begins with Dracula’s furious visage peeking in from the sky and melting into a rain of vicious demons that immediately start tearing the populace to shreds.

There’s a tiny blessing in working from a premise where so much of the interpersonal relationships that make for great storytelling hasn’t been filled in yet, but the number of video game films that fill the void with more action or humor while being mediocre at both is higher than it should be. Meanwhile, most of them–the Castlevania series included–also aren’t dealing with characters real enough to warrant taking the material seriously. The ensemble cast of Netflix’s Castlevania is an enormous web of regrets, wild ambitions, broken naivete, and poetic misanthropy, and much of it from characters that barely even make an impact in the games.

One of the series’ best characters, the necromancer Isaac—from the largely forgotten Lament of Innocence sequel, Curse of Darkness—is a generic villain whose sole purpose is finding a host body to resurrect Dracula. The show already molds something special and unique out of him from the get-go, making him a black man, and a very subtly coded asexual, carefully navigating survival amongst abject hedonists capable of ripping his head off at any moment, Yet as the animated series goes on, with Dracula no longer a factor in his life, he takes one of the most intriguing journeys of self-knowledge, human observation, and gray morality in the entire series, slowly growing into a protagonist in his own right, but also, fascinatingly, not the hero. This character just plain doesn’t happen in most media, and his development here is one of the best things in a show that traffics in wonderful things. Carmilla, a recurring but ultimately inconsequential boss from the games, is written as a dark queen, one of the few people not just fully aware of the evil of working for Dracula, but has no desire to stop at annihilating Romania. Her final scene in the series is one of the most gloriously defiant, spiteful moments of any character in a moving medium the past few years. Along the way is a grand menagerie of broken people, pious men of faith, greedy, compulsive stooges, and, occasionally, actual heroes and allies still working on making the world a better place.

At the heart of it all, however, is Trevor Belmont, Sypha Belnades, and Alucard. None of them were particularly rich characters in their respective games. All three were introduced in Castlevania III: Dracula’s Curse–the fourth playable character from that game, the nimble pirate Grant DaNasty, gets rewritten as a female thief in Season 4 of the show–but none of them made much of an impression beyond the novelty at the time of even having multiple playable characters and endings. Even Alucard becoming the lead in Symphony of the Night didn’t add a whole lot. It is, of course, an absolute masterpiece of a game, but beyond a sprinkle or two of additional pathos between Alucard and Dracula–helped by a boss fight with a succubus posing as Lisa–the plot isn’t really a huge factor in that.

On Netflix, however, we have, in essence, a bickering throuple, with a drunken Trevor brought to sober up in the face of Dracula’s evil, an Alucard mentally ready to murder his father, but physically and emotionally unprepared, and a Sypha who is determined to do what is necessary, but absolutely cannot do it alone. Their collective reckoning with all that must be done, all those who must die on the way to Dracula’s doorstep, and, indeed, with each other, is beautifully explored; a slow, steady burn of character development that makes the show earn its unabashed action movie moments. The series’ one all-out fanservice moment involves one of the games’ signature music tracks–Bloody Tears, from Simon’s Quest–underscoring the exact moment the trio wipe out Dracula’s personal guard as a concerted unit. This is an excellent moment, but it’s not the moment the series becomes truly special. It’s what happens after.

At the end of that very episode–the end of the second season–our trio fights Dracula. His defeat comes only as he faces Alucard one on one, but he finally realizes which room of the castle the fight has spilled into: Alucard’s childhood bedroom. The bloodlust leaves Dracula’s eyes, the enormity of what he’s done crashes down. There’s no big demon climax here. There’s no game moment of Dracula’s castle sinking into the sea. It’s Dracula quietly realizing what he’s doing: “Lisa… I’m killing our boy.”

Alucard does the deed. As gentle as a stake through the heart can be, with remorse and with pity. The episode after shows Trevor and Sypha and Dracula’s armies regrouping and taking stock, but the season ends with Alucard, having decided to take stewardship of Dracula’s castle, breaking down and weeping. It’s incredibly powerful, and not even remotely what anyone wanted or expected from a show based on Castlevania. But there it was, the death of Dracula, one of the most heartbreaking moments to ever happen in television. Right then, the show truly transcended its source material.

The show actually went on for two more seasons, growing slightly messier as Wallachia copes with the evil power vacuum left by Dracula. The fourth season in particular was affected by Warren Ellis’ limited participation, due to allegations of abuse coming to light–well documented and worth reading here–and an Ellis-less fifth season, which will supposedly skip Simon Belmont altogether and go straight to Richter’s adventures with Maria Renard during the French Revolution, is still currently in limbo as of the time of this writing. But Castlevania as it currently stands still manages to take what could’ve been a basic, visceral joy of watching witty vampire hunters kill a bunch of vampires, and give it more nuance than it ever needed or arguably deserved. There’s no video game that has made the jump to another medium with this type of success, or dares to go where Castlevania does. Even with an HBO show based on The Last of Us in our future, it’s not easy to think of another series that could ever aim that high and hit its mark.