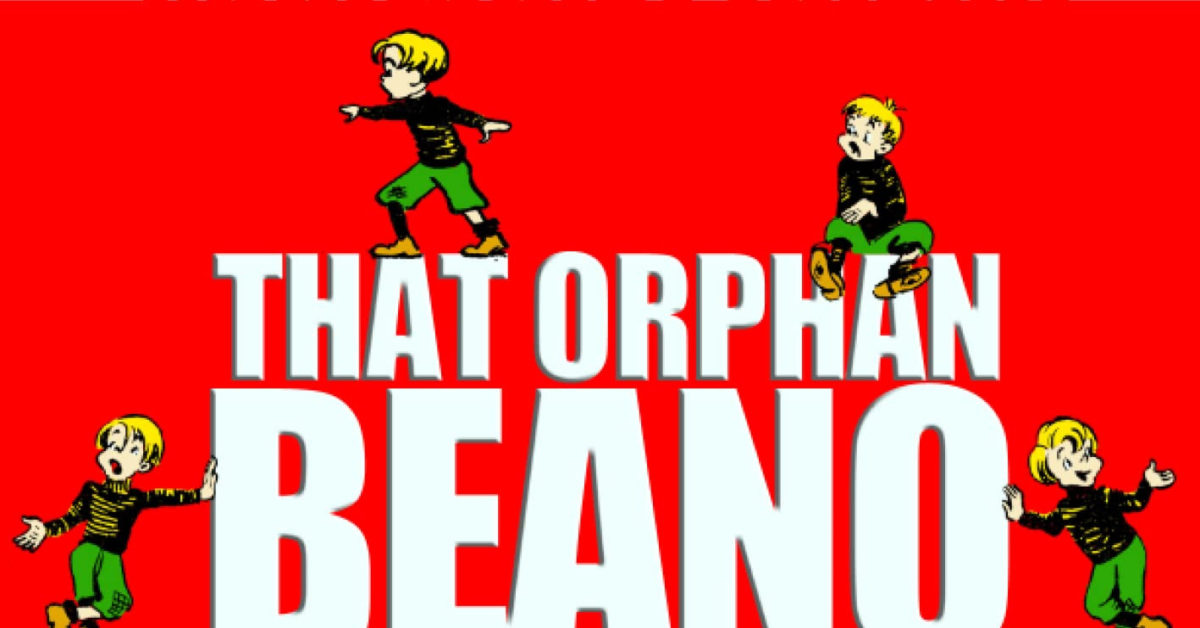 When I heard that About Comics was to publish The Beano I was confused. I was, naturally thinking this Beano. Not the American Beano. Because I don’t know there was one.

For half a century Margaret Ahern created humorous newspaper strips about an impish orphan for The Waifs’ Messenger, the monthly publication of The Mission of Our Lady of Mercy and their Mercy Home for Boys in Chicago. Long unseen outside of that newspaper, a book of some of the best Beano strips is now available from About Comics.

Beano first appeared in The Waifs’ Messenger in the early 1930s, but originally only in prose, giving an orphan-eyed view of various matters. It wasn’t until 1948 that he brought to the comics by the able Margaret Ahern. Ahern had already had her own series, Little Reggie, in the mainstream papers, but doing Beano allowed her to take a fairly standard kid strip humor sensibility and give it a new context. The six-panel installments showcased not just the impish troublemaker Beano, but also his best friend and frequent victim Pedro, and the long-suffering Father Kelly (based on the actual superintendent of the Mercy Home, the Rt. Rev. Msgr. E. J. Jelly) and Sister Leo. Ahern would go on to do more cartooning for Catholic publications, most notably taking over the syndicated An Altar Boy Named ‘Speck’ (also reprinted by About Comics), but also drawing Our Parish under the name “Peg O’Connell.” But Beano outlasted them all, running in The Waifs’ Messenger until 1999 (the year the cartoonist died) and in reruns beyond that.

The new About Comics book That Orphan Beano is actually a reprint of the Mission’s 1966 publication The Best of Beano. The retitling is being done for two reasons. One is to avoid any confusion with the unrelated British magazine The Beano Comic, and the other is because the strip ran so far after the publication of that book that it can no longer be said to be the best of the strip, but only the best of the first 18 years. Given The Waifs’ Messenger’s monthly schedule at the time, the 128 six-panel comics in this book are really the majority of the installments of those early years of the strip’s run.

That Orphan Beano (ISBN 978-1-949996-50-0) is a 136 page black-and-white 6″x8.5″ paperback currently available through Amazon.com. US retailers interested in carrying the book should contact [email protected]

How ‘Pokémon”s Nuzlocke challenge has hooked generations of fans