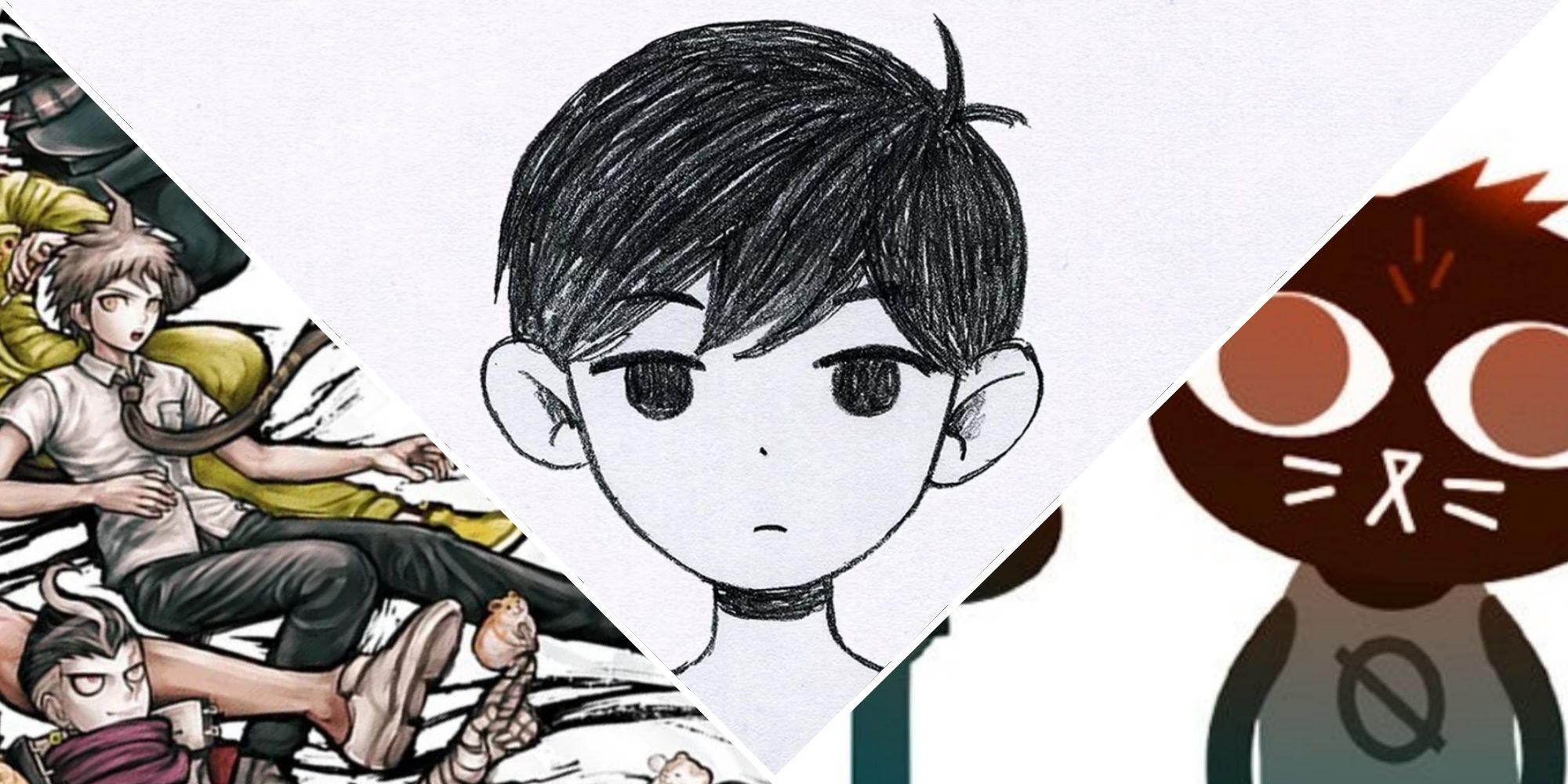 Persona 5 has become easily one of the most loved JRPGs in gaming. Its mix of easy to understand yet hard to master combat, fascinating story and characters, and unique social mechanics that encourage getting to know the characters all come together for a one of a kind RPG. It should be no surprise that it has attracted many fans.

But Persona 5 is only one game, and while there are a few other modern Persona games out there, what else is there for Persona 5 fans to play when they’ve run out? While nothing is quite the game, there are plenty that scratch a similar itch — whether it be in fun RPG combat, story, or social mechanics.

For some, a major turn-off for most traditional RPGs is just how simple and easy they can feel — a lot can feel rather basic and easy to spam through. For those who want a bit more struggle, Darkest Dungeon is your RPG. Darkest Dungeon sees you trying to return to your old home after eldritch horrors took over, hiring adventurers to explore the area and eventually take back the land.

Darkest Dungeon may be one of the most unforgiving games in modern memory. It is a game where even basic enemies can wipe out your whole team, party members will go insane in the middle of missions, and every death is permanent. It’s a game where you have to deeply think about your strategies and plan hard in order to stand a chance against the horrors before you, and that makes for an incredibly rewarding experience for some. It’s not for everyone, though.

Sometimes RPGs can be hard to get into. It’s a genre with a lot of complexity to it and a sizeable dose of reading for many of them. So, for any fans of Persona 5 who want an RPG experience that’s easier to get into, Bug Fables is the perfect fit. Bug Fables is a game in the style of the Paper Mario series, following a group of three bugs in their adventures, eventually having to save the world as they know it.

In terms of being easy for newcomers, Bug Fables takes notes from Paper Mario by keeping the numbers small and manageable, keeping it to only a few options for fights, and keeping fights interesting with action commands. On top of all this, the game also offers excellent writing with an amazing trio of main characters that fans of Persona’s characters will love.

Part of what makes Persona so appealing to many is the social system — a nice break from the usual RPG mechanics to just get to know the cast. And for those who are willing to throw away the RPG elements for more of this, Stardew Valley is just the retreat for you. Stardew Valley is a life simulator that sees you taking over a farm in a sleepy town and giving you the choice of what you want to do.

One of the many things you can do is get friendly with the people around town, uncovering the hidden depths to these characters and getting extra friendly with eligible bachelors and bachelorettes of the town for cute romance. On top of all this, all the little things you can do in between will make the experience extra relaxing and a nice way to wind down.

While RPG combat has the potential to be some of the most engaging and thoughtful gameplay, a lot of the time it can feel like just spamming strong attacks at a bullet sponge. Plenty of indies take their own approaches to fix this, but none does it better than Lisa the Painful. Lisa the Painful is set in a post apocalyptic world devoid of women, following Brad as he finds the last girl on Earth and seeks to protect her as his daughter.

Lisa is rather traditional for an RPG but makes just the right tweaks to make combat better, such as its combo system, and more importantly, how important status effects are. Statuses in most RPGs are a largely optional part of combat with not too much use, but in Lisa, they are the main way of manipulating enemies in unique ways, and you have to learn to play around them to win, making combat feel way more strategic. Lisa also offers a dark, harsh, and emotional story that is incredible for those who can stomach this painful experience.

While they are fascinating characters, one of the appeals of Persona 5’s cast is just how they can be such lovable and hilarious idiots. For those who want that more fun zany side to the social system, Monster Prom is worth a shot. Monster Prom sees you attending Spooky High, and with prom coming soon, you desperately try to woo one of your absolutely bonkers classmates.

Monster Prom is not a game that treats itself seriously. While the characters do have a bit of depth, the game is very much comedy first with little to no actual story. The characters of Monster Prom are all strange and hilarious in their own ways — from a mermaid princess who thinks tyranny is cute, to a vampire desperate to be a hipster, or an elder god who likes to write fanfic, there’s so much charm to be had with these goofballs.

Part of what makes the social systems in Persona 5 so great is how it ties together gameplay and story, making you want to get to know characters to improve them. A game that expands upon this is Pyre. Pyre is an unusual sports-style game that sees you cast into a strange land and forced to build a team of exiles to conduct rites in order to earn your way back home.

Pyre is a game that relies heavily on its incredible cast of characters, both in story and gameplay, as you’ll choose who you want to play with and who to train, creating that effect of getting to know characters because they’re good in gameplay and learning to play with new playstyles because you enjoy the character — this gains new layers of depth later in the game, making for an emotionally powerful experience.

Characters are one of the most important part of Persona’s formula — getting to know them and growing attached is the whole purpose of the social system and the key to hooking players. Another game takes this approach as well but uses it in a more devious way: Danganronpa. Danganronpa sees a group of exceptional high school students trapped forever by a robotic bear with only one way out: kill another student and pass a class trial innocent.

Part of what makes the Danganronpa series so effective is how it uses the same social system to get players attached to characters while having the looming threat of them being killed or being a killer. It makes for seriously impactful moments and incredible storylines for each of them. Danganronpa, despite some flaws, is an excellent mystery game with an outstanding cast.

While it tackles some serious themes, Persona 5 is an RPG with an air of fun to it, opening the door to some zany adventures. In terms of silly RPG adventures, nothing is quite like Deltarune. Deltarune is the spiritual successor to Undertale, seeing the player take control of a strange human as they explore strange dark worlds that keep popping up to threaten the world.

While it too gets serious at points, Deltarune is mostly fun the whole way through. With a new joke or fun thing to see at every turn, it nails the wondrous adventure feel perfectly. Plus, it puts a new spin on the RPG battles with the unique bullet hell system for an extra layer of fun!

One thing that many love about Persona 5 is its rebellious nature and themes. The story and especially the characters speak to people who feel like outcasts on the edge of society. And for those who related to Persona 5 like that, Night in the Woods will speak to your soul. Night in the Woods follows college dropout Mae as she comes back to her hometown to figure out her life and get tangled up in mysteries.

Night in the Woods is a game that speaks to anyone who feels like they don’t belong, who feel lost and alone. Each of the characters in this game is a complicated person trying to sort through themselves and deal with their own struggles. It’s single-handedly one of the most relatable pieces of art and worth playing through for anyone.

For that perfect mix of intriguing battle mechanics, lovable characters, and a strange aesthetic, Omori is the perfect niche game for many Persona 5 fans. Omori is a game that sees you take control of a strange reclusive teen as you explore both their dreams and reality in order to figure out what is going on with them and why everything is like it is.

Omori offers an incredibly powerful story that makes most people cry, and this is thanks to the lovable cast of characters it has, each with such a level of depth to them — especially the main character. Not to mention, the game makes for interesting fights using the emotion system, a mix of status effects and typing that add a lot of strategy to fights. It has that perfect mix of quirky out-there adventures and down-to-Earth human moments that Persona fans will love.

NEXT Every Mainline Persona Game, Ranked