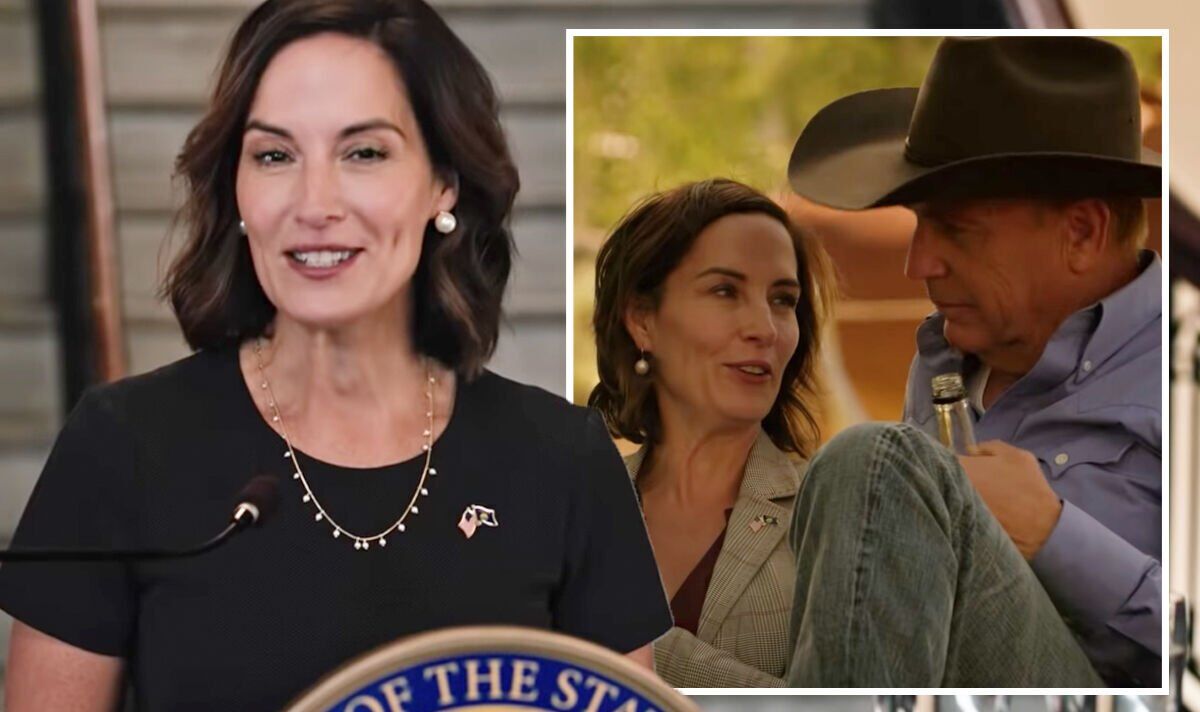 Governor Lynelle Perry (played by Wendy Moniz) is about to be launched into the mix like never before in the fifth season of Yellowstone. Not only will she be throwing her support behind John Dutton (Kevin Costner) in the upcoming race for Governor, but Moniz has been upped to a series regular for the first time, which promises plenty more screen time for the star.

And as if that wasn’t exciting enough for Yellowstone fans who ship the on-off romance between her and John, Moniz has provided a handful of sneak peeks from season five’s production.

Currently, underway in Montana, Moniz and the likes of Kelly Reilly, Cole Hauser, Wes Bentley, Costner and Luke Grimes have all been filming the highly-anticipated fifth run.

Taking to Instagram, Moniz shared a series of snaps from the picturesque location, the first being a horse grazing outside the famous Yellowstone Ranch.

Second up was a snap of the tents on set basking in the Montana sunshine, with the glorious mountains rearing their heads in the background.

Moniz then shared a number of jaw-dropping snaps of the sunset and the horses before concluding with a selfie from her dressing room.

Adding to the season five tease, Moniz captioned the collage by expressing her gratitude for the role as well as a hint toward season five’s story.

“It is a gift to work doing something I love, and specifically working on this show,” she began to her 21.1k followers.

She continued: “It’s a gift to be in and around this nature.

Comedian Chelsea Handler also weighed in: “You’re the sweetest and the most gratitudinal!”

And Yellowstone fans echoed this, with @jen86pepp adding: “You deserve it Wendy! So happy for you!!!”

“It’s a gift for me that you all make this show and do such an amazing job,” @amandarosen1 commented. “So thank you.”

While @artvmy4 remarked: “It is SO BEAUTIFUL over there!!

“I hope I get go see the Yellowstone, Dutton Ranch and Paradise Valley at some time, because of the amazing storyteller and the gift he has given all of us through an amazing cast and because it is simply beautiful over there.” (sic)

Moniz remained tight-lipped about specific giveaways from the fifth season’s storyline but it’s safe to say she’ll be more involved than ever.

Yellowstone season 5 premieres on the Paramount Network in the USA on November 13. A UK release date is yet to be announced.

Jetpack Joyride 2 Is Not An Endless Runner

Tom Cruise’s Top Gun: Maverick Co-Star Talks Getting The Opportunity To Work With Him Again On Mission: Impossible – Dead Reckoning Part One