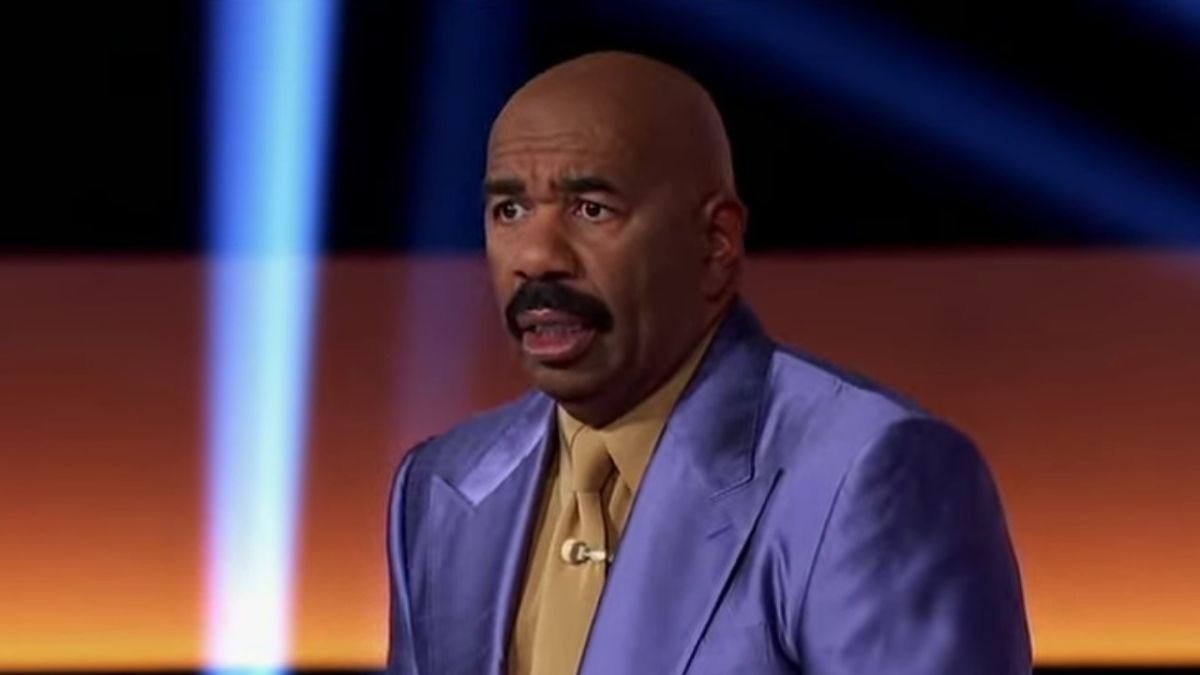 Just when you thought it was safe to end your weekend without hearing Shmigadoon star and musical genius Kristin Chenoweth getting bleeped on TV for saying a word that only sounds like the deepest, darkest part of the human anatomy, Celebrity Family Feud was like, “Nuh uh, it’s happening.” The latest episode of ABC’s primetime game show may not have seemed like it would immediately dive into the gutter with its first survey question, with Chenoweth’s family facing off against Kathy Najimy and her squad, but as Family Feud fans have seen time and time again, it only takes a single second for things to fly off the rails.

As seen in the chef’s-kiss video clip below, the first face-off began with an instant classic moment, as Steve Harvey asked Kristin Chenoweth and Kathy Najimy to name a favorite part of the man’s body to kiss, besides the lips. Check it out!

Just so everyone is aware, Kristin Chenoweth’s answer was, “Rhymes with heinous,” as confirmed by the video’s description on Celebrity Family Feud’s YouTube page. And no, there aren’t any cutesy nicknames for other, less NSFW body parts that rhyme with heinous, so she was 100% referring to the anus.

To be clear, there’s no shaming or judgment involved here when it comes to the actual act in question, since everyone is free to do and love whatever they please. Where there IS a bit of judgment is that Chenoweth went THERE so very quickly without even giving Steve Harvey the time to settle into the episode. Nobody expects butthole references until at LEAST the second question, Kristin!

Actually, I also kind of want to judge ABC for bleeping the word “heinous” there, since I don’t really understand why “anus” would be bleeped in the first place. It’s not like she said “a man’s goddamned asshole.” It’d be one thing if this was Sesame Street’s parody of Celebrity Family Feud or something, but this franchise has long been known for ramping up the sexualized survey questions, and any question related to body parts was obviously meant to fuel some naughty responses. Although now I kinda want all future contestants to start rhyming their more shocking replies.

With his signature CFF style and swagger on display in full, thanks to that eye-popping purple jacket, Steve Harvey didn’t even immediately dive in on Chenoweth. He waited until after Najimy’s answer hit the board before poking fun at the Wicked vet for calling herself a good Christian after alluding to an act that rhymes with “rimblob.”

Harvey has spoken in the past about how the most viral Celebrity Family Feud moments are spawned from pure unadulterated ignorance, though I don’t quite think Kristin Chenoweth’s answer falls so squarely within those parameters. Which doesn’t mean I do know exactly how to describe her first instinct, but I think “hilarious” works just fine.

The actress also offered up another baffling response as a bookend during the Fast Money round, When asked to “Name a word that starts with ego-,” Chenoweth replied with this string of sounds:

Perhaps unsurprisingly, no one else who was surveyed answered “elphaba,” for that or any other questions in Family Feud history.

Celebrity Family Feud airs Sunday nights on ABC at 8:00 p.m. ET, with two games filling out each hour-long episode. While waiting to see how things shape out for the next batch of famous families, check out the wild ending for Boyz II Men’s recent episode, and head to our 2022 TV premiere schedule to see what else is hitting primetime in the coming months.