Visions Are Getting Manga Adaptations 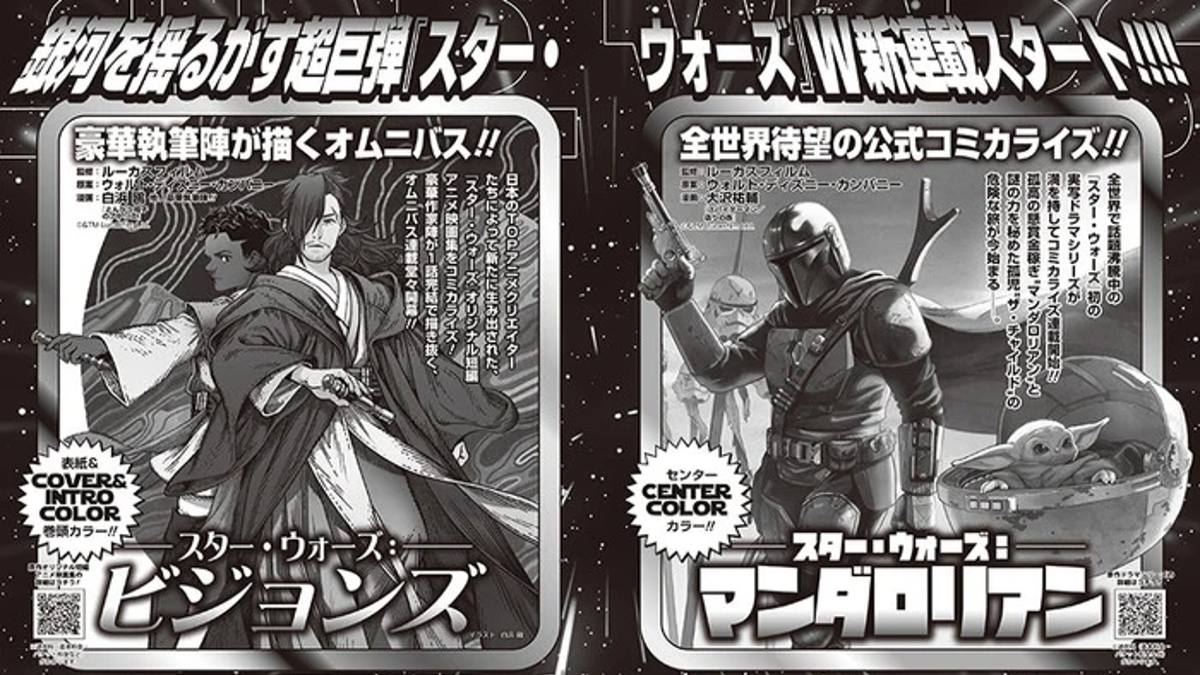 In what is somewhat of a backward order, it was revealed today that two of Star Wars’ most popular spinoff series, The Mandalorian and Star Wars: Visions, would each be getting their own manga adaptation.

This news comes courtesy of Anime News Network, by way of the Square Enix’s Big Gangan magazine’s May issue and website. In the report, it was revealed that a number of manga creators will work on the manga of Star Wars: Visions, while Yūsuke Ōsawa will draw the adaptation for The Mandalorian.

You can check out the Star Wars Visions story each artist will draw and when each one will appear in the magazine below:

Each of these manga adaptations will debut in the next issue, which releases on May 25, 2022. While you wait for its release, be sure to check out all of the related Star Wars content we’ve got for you down below. That includes plenty of news, quizzes, and features that fans of the franchise will surely love.

Minions: Rise Of Gru Has Biggest 4th Of July Opening Weekend At The Box Office Of All…