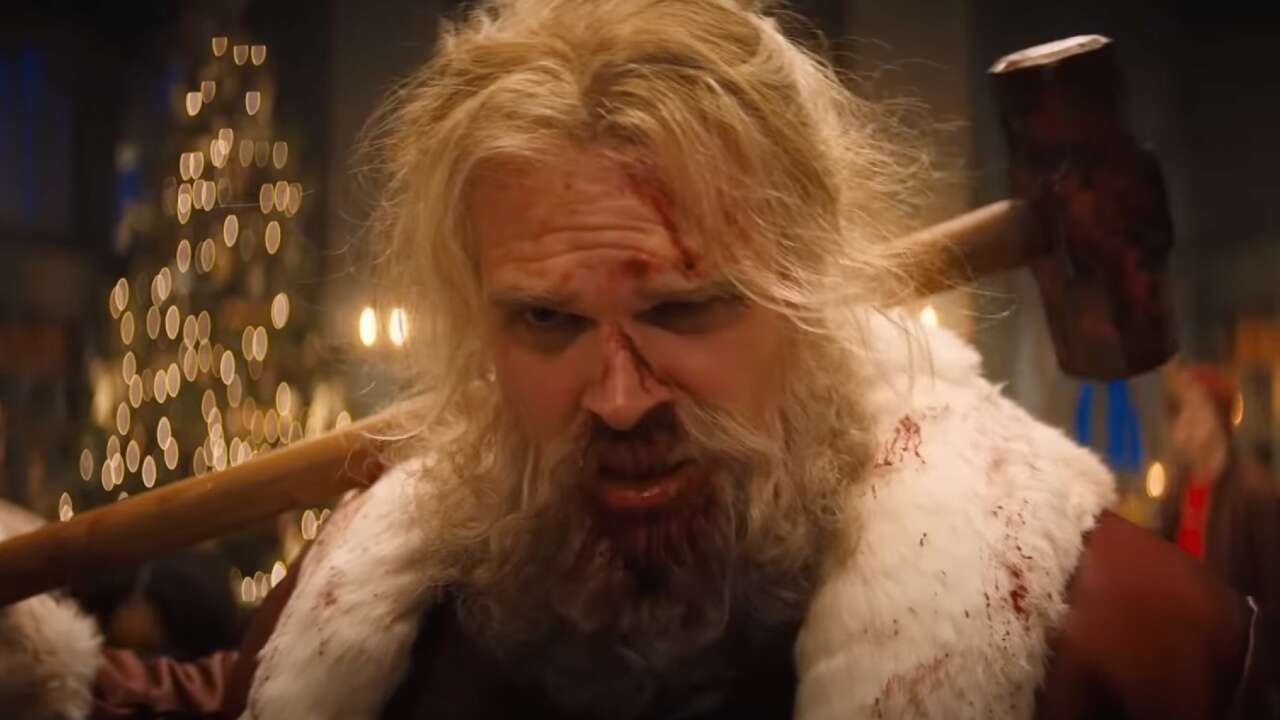 The bloody Santa Claus movie Violent Night will start streaming on Peacock this Friday, January 20. The R-rated, action-comedy film premiered in theaters on December 2 and then arrived on video on demand December 20. For physical ownership, the Blu-ray and DVD release for the movie is coming to town January 24.

The holiday flick–starring Stranger Things and Black Widow actor David Harbour as well as The Menu’s John Leguizamo–had a pretty good showing at the box office. Violent Night opened domestically against Black Panther: Wakanda Forever with a surprising start of over $10 million. All in all, the film brought in more than $75 million globally at theaters on a reported $20 million budget.

Violent Night sees the jolly fat man dropping off presents at a wealthy house invaded by criminals holding a family hostage. Like Die Hard, the villains are unprepared for a surprise guest–this time being Santa Claus–who starts killing them off in all sorts of decorative fashion.

Universal distributed Violent Night, which was produced by 87North. The company is focused on action movies, previously being behind Nobody and Bullet Train. Critically, Violent Night sits with a mixed score of 55 on GameSpot sister site Metacritic with 37 reviews.

Surviving the Abyss Needs to Speed Things Up