The Flash Season 8 “Huge” Finale Surprise? Probably Not Who You Think 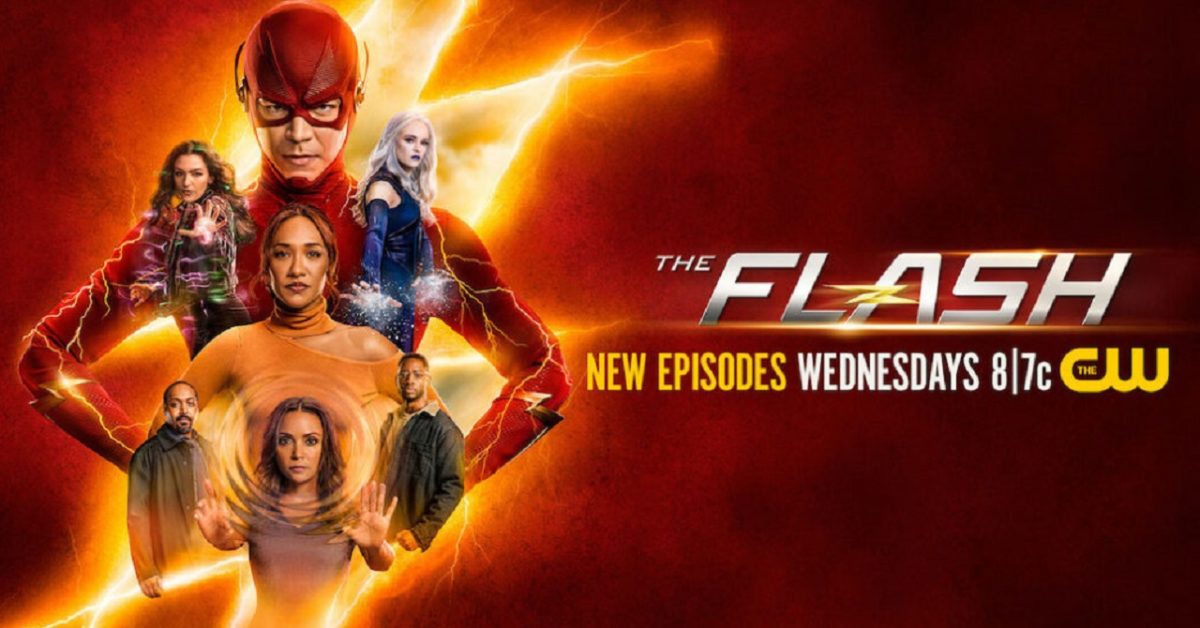 Surprise! Yup, it’s a Sunday and we still have two updates to run by you about The CW’s Grant Gustin & Candice Patton-starring The Flash Season 8. Earlier today, we updated our intel on the next three episodes (including new preview images, which you can find below). But now we have an important tease about the season finale from none other than Danielle Nicolet (Cecile), courtesy of TVLine. Now, we know a lot of you have been checking out set images that leaked on social media so you know of three folks who will be taking part. Well, guess what? There’s someone that none of you know about- at least not yet. “Oh my god, it’s so huge and you’re going to see a face that you are going to be so surprised to see. So surprised.” And those names that you’re thinking about right now? It sounds like there’s a pretty good chance you’re wrong. “Anybody that you’re thinking it might be, nope! It’s not at all who you think it is. Everyone is going to be screaming, they’ll be so excited to see this person,” Nicolet added. So let the speculation begin…

Now here’s a look back at the preview images, overview, and promo for S08E13 “Death Falls”, followed by overviews for S08E14 “Funeral for a Friend” & S08E15 “Into the Still Force.” And as the clues to an expected huge season finale continue to build with the Grant Gustin & Candice Patton-starring series, a quick reminder about this week’s episode. As we shared earlier, TVLine confirmed that “Death Falls” will be living up to its name in a big way as Team Flash faces the death of a “major character” (uh-oh). So with that in mind, let’s get started:

The Flash Season 8 Episode 13 “Death Falls”: GRIEF – Team Flash is under attack, and each must fight to save not only themselves but each other. The series stars Grant Gustin, Jesse L. Martin, Candice Patton, Danielle Panabaker, Danielle Nicolet, Kayla Compton and Brandon McKnight. Chris Peppe directed the episode with the story by Sam Chalsen and teleplay by Joshua V. Gilbert.

The Flash Season 8 Episode 14 “Funeral for a Friend”: HONOR THE FALLEN – Team Flash uses the distraction of a bank-robbing Meta to detract from the grief of losing someone they love. The series stars Grant Gustin, Jesse L. Martin, Candice Patton, Danielle Panabaker, Danielle Nicolet, Kayla Compton, and Brandon McKnight. Vanessa Parise directed the episode with the story by Jonathan Butler & Gabriel Garza and teleplay by Jeff Hersh.

Showrunner & EP Eric Wallace offered some insight into Deathstorm’s “devastating” motivations when viewers will learn the name of the current “graphic novel” arc, and more during a meeting with TV Insider– including how the ending to Season 8 has been in motion since Season 6 as “all one big story”:

On How the Poster Ties Into Season Eight’s 3 Graphic-Novel Arcs (& When We’ll Learn the Title of Arc 2): “The back half of the season, I’m not gonna exaggerate here, some really intense stuff is about to go down. Really intense. And it involves all of the characters. I said at the beginning of the season, the first graphic-novel storyline was “Armageddon.” We’re in the middle of our next graphic novel now and I’ll be announcing the title here in a few weeks because the title is ridiculously spoilery, obviously. For the first time ever, this season we have three graphic-novel arcs and Team Flash will never be the same after the second one. It ties and pushes them emotionally into the final graphic novel and all the people that you’re seeing here [in the poster] all have to work equally, as you would imagine, to save the world from another Big Bad. [Laughs]”

If Arc #2 Feels Like a Horror Movie Then Wallace Has Done Their Job: “The working title for this graphic novel, which is not a spoiler, was ‘The Blackfire Hauntings.’ When I first pitched my crazy ideas, my staff looked at me like, ‘What? Are you out of your mind? That sounds like a horror movie.’ And I went, ‘Yes, it is a horror movie. We’re going to do ‘The Flash’s’ version of a horror film over several episodes.’ And once they got past that, then the excitement set in”

Wallace Has Known Where This Season Is Going Since Season 6 Since It’s “All One Big Story”: “I have literally known it for two years and have building and building towards this. As I have been building towards the end of Season 8 — the last three seasons are literally all one big story and it’s leading towards one specific event…I have the Post-it somewhere on my desk. I wrote it down two years ago and went, ‘That’s the end of Season 8.'”

Wallace Suggests Some Screening Homework to Prepare for What’s to Come: “What I would tell people to do before watching our Episodes 12, 13, and onward is to rewatch the beginning of Season 6. And I wouldn’t watch it for ‘Bloodwork,’ I’d watch it for all the other reasons. The clues have been there the whole time.”

Nvidia Says Real-Time Path Tracing Is On the Horizon, But What Is It?