the best the genre has to offer 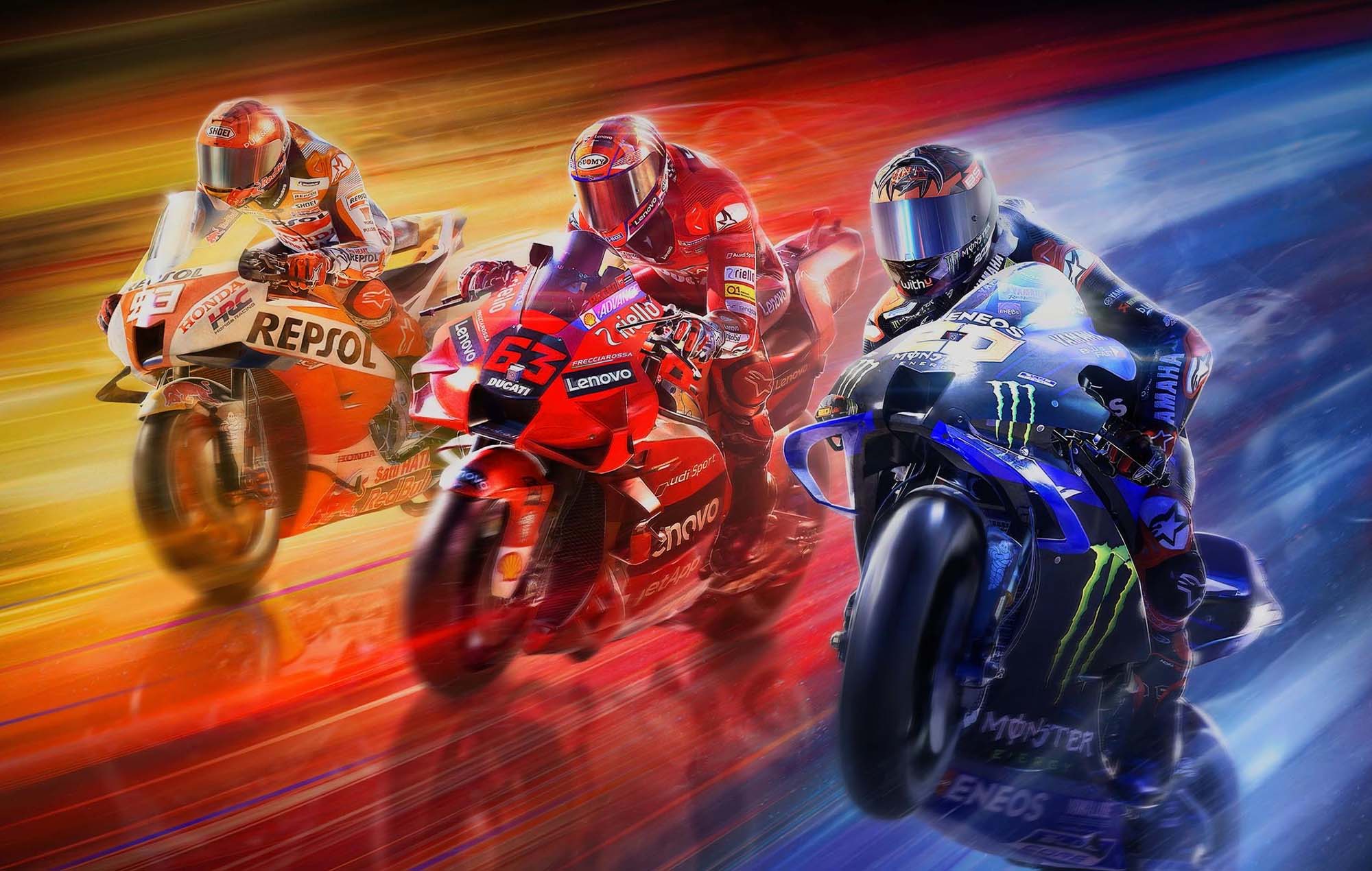 Authenticity is a major part of a title like MotoGP 22. As a fully licensed simulation racer, this is a love letter to two-wheeled motorsports, offering a plethora of modes to delve into that you can lose yourself to for hours on end.

A yearly series, MotoGP is known for nailing down the nuts and bolts of hurling high-powered motorbikes around a track. This year’s game has made a concerted effort to be more accessible to newcomers, with plenty of tutorials to explain how things work.

Let’s be clear about this: you won’t be hitting jumps for big air or sliding round corners in MotoGP 22. You can pull a wheelie, but it’s more for a celebratory moment of braggadocio as you cross the finish line in first place than for anything mechanical.

There are assists aplenty, though I’d recommend turning the brake assist off early, as it takes too much control from you while you’re perched atop the bike. It’s a nice addition for people who are struggling to get a feel for the bikes on offer, of course, but it does rob the simulation of some impact.

This “bike-feel” is important, because even a seasoned sim-racer fan might have to retrain their brain for Moto GP 22. The sheer speed alone that the bikes can reach means that you have to brake incredibly early into corners, and lean before you want to actually start turning. Then you can allow the rider to reset slowly back to a neutral position to come out of the corner.

The cornering itself is such a major part of any MotoGP race, and this year’s game makes the bikes feel more stable and attached to the track than before. That’s not to say it’s easy, however, and in some ways it throws back to the early F1 games of the PlayStation era. Back then, if you so much as touched a bit of dirt off the track, you’d spin out and it’d all be over.

Here, if you are leaning hard for a turn and clip the dust off the track in MotoGP 22, you’ll be treated to a violent, shuddering view of your rider and bike being separated from one another. If you do taste dirt in this way, you can hit the rewind button (because it’s a modern game) and correct your mistake, but the visual effect on the camera as your bike disappears underneath you is enough of a deterrent to make you want to avoid ever doing it again. This is how MotoGP 22 teaches you to brake, and brake early.

The career mode offers a huge, in-depth look into the world of the sport. You can join an official team or build from scratch; hire and fire engineers, managers, data analysts and such, create a satellite team and hire a team manager, technical director, and even other riders. It’s got so much going on, and you’ll improve your bike and its elements as you play. There are reams of menus and detail to get stuck into if you’re massively into bikes and MotoGP in general.

Where the likes of Gran Turismo 7 accept and understand these are niche sim experiences, offering clean menus and a “dry” tone, MotoGP 22 tries to inject vibrancy and colour, and to an extent, it’s successful. However, on the track, aside from the actual racing, the courses feel lifeless and empty, with some tracks feeling like you’re racing during a post-apocalyptic event.

The tracks themselves are shiny. Faces are well modelled, and crucially the bikes all look and sound great. It’s a minor complaint, but given the power of the current generation of consoles, it’d be nice to see just a little more life in the environments.

Elsewhere, the DualSense controller for the PlayStation 5 is used to great effect. It’s actually one of the best implementations I’ve seen for a racing game, with the triggers offering excellent tension in an attempt to replicate the throttle on a real bike. There’s genuine resistance in your hands throughout each race, and it feels superb.

Adding to this feeling of realism, MotoGP 22 adds a “ride height device” that allows riders to manually lock the height and compression of the bike’s suspension, which to you and I means “a speed boost”. Use this during a corner and you’re likely going to fly into the stands face first, but on a straight, it can be a tactical advantage. It’s not revolutionary, but it’s a nice touch nonetheless.

An attempt to further embed you into the world of MotoGP, Nine Season 2009 is essentially a playable documentary from that season. Where Grid Legends erred into “cheese” territory, this feels far more mature, with real footage and challenges allowing you to complete iconic moments in the ranging from final position, to amount of people overtaken, or creating a specific gap between racers. The documentary itself is something I hope is released separately, as I’d happily sit and watch that: it’s that good.

Rounding off a pretty complete package there are more modern touches such as cross-play between same console families, online multiplayer and even split-screen, which in fairness, are all expected from a game released in 2022.

Where it matters, MotoGP 22 has its ducks in order. Some will find the amount of options and menus off-putting and the simulation aspects scary, but that’s all because this is one for the fans. Well-designed AI makes for a challenging race every time the rubber hits the asphalt, and while it’s not a stunner to look at, it’s clean and runs smoothly. It isn’t a dramatic upgrade over last year’s game, but the new modes and iterative changes do at least make it a better one. Even if it does still remain firmly in the “just for fans of the series” category, it’s still the best example of simulation two-wheeled racing right now.

MotoGP 22 knows its audience and isn’t afraid to lean into it. While it won’t change the world, with some nice new features and excellent PlayStation 5 DualSense controller implementation it’s the best way to race motorcycles available for fans right now.