The Batman Review – Riddle Me This 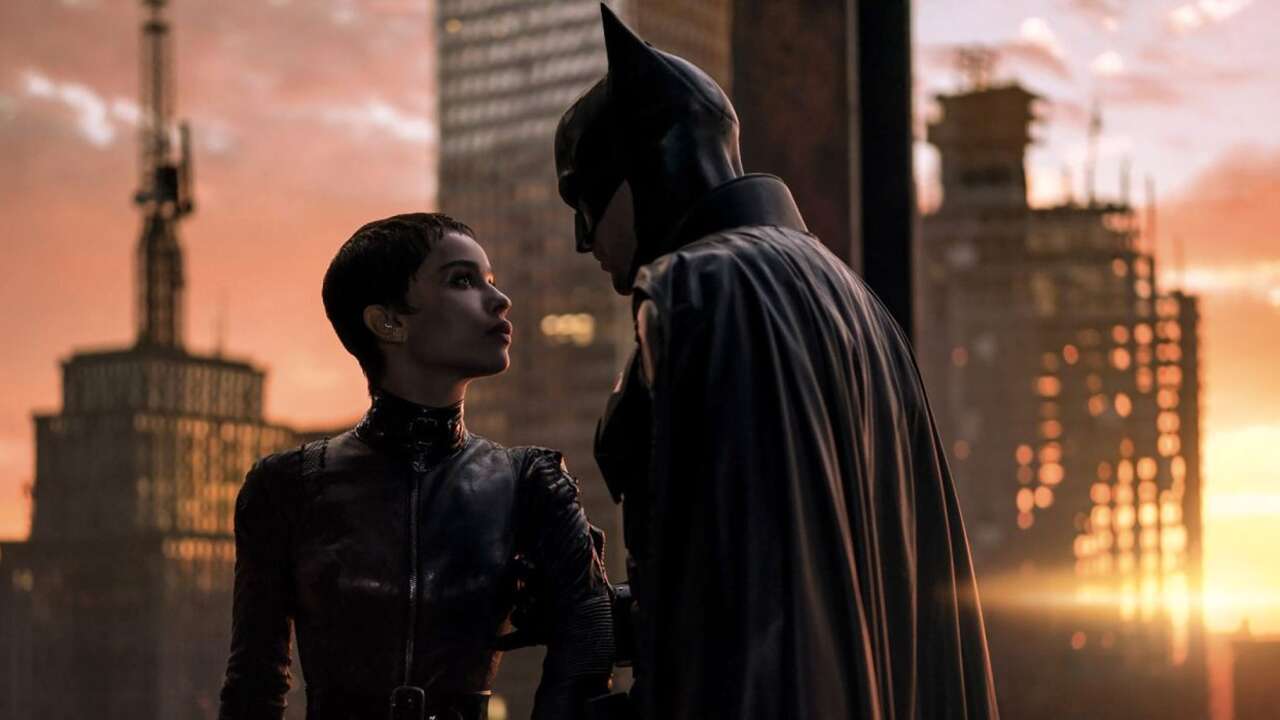 One thing can be said for certain: Batman has been in a lot of movies, and live action turns for The Dark Knight are in no danger of slowing down or ceasing to be. Something about ol’ Bruce Wayne and his crime fighting alter ego will always bring audiences back for more, no matter how many reboots and recastings he undergoes. This puts directors in the unique place of trying to tap untouched parts of decades-old source material for new twists and takes to make their vision unique–something that The Batman director Matt Reeves was eager to attempt with his self-proclaimed detective-focused, noir inspired look at the world’s most popular superhero.

Unfortunately for Reeves, however, The Batman only succeeds as a story a little less than half of the time–which, given it’s staggering three hour runtime, is certainly still an achievement, but leaves some things to be desired nonetheless.

Focusing on a younger Bruce Wayne (Robert Pattinson) in his second year as an active vigilante in Gotham, The Batman aims to duck around the origin story by tossing us right into the action. Batman has been around in this world, the GCPD has a Bat Signal installed, people are aware that a costumed vigilante is running around though they’re not quite sure what to make of him or even what to call him. This leaves the bulk of the exposition on the shoulders of a sullen voice-over from Pattinson, narrating his own exploits like a noir detective to get us caught up to speed. There’s a serial killer in Gotham picking off the city’s elite and he’s leaving messages for Batman at the scenes, Jim Gordon (Jeffery Wright) has established a rapport with Bats in the last year so the two of them are able to work together despite the prying eyes of Gordon’s suspicious co-workers.

The intent of the set-up and the world building are admirable, and it certainly is refreshing to not have to set through yet another rendition of Martha Wayne’s bloody pearls rolling into the gutter via flashback, but what time this introduction saves is abruptly eaten up elsewhere. Every moment in The Batman lingers–it’s a clear stylistic choice, about a fourth of the movie is conducted through POV shots or extreme over-the-shoulder close-ups of various characters–to the point where it can feel like the characters themselves are trudging through molasses. It takes forever for anything to happen, and when it finally does, the payoff is often strangely unsatisfying–another deliberate stylistic choice that comes into play in noticeable ways. Jumpscares are tee’d up and then subverted, big action set pieces are blurred with so much rain and fuzzy camera focus that it becomes impossible to make out what’s actually happening, character moments meander and loop around for minutes too long making their actual meaning difficult to discern between the prolonged periods of silence. By the end of the three hours, The Batman somehow manages to feel both exorbitantly spread out and sparse and way too crowded.

Part of the crowding is thanks to a sense that Reeves and his collaborators were trying to throw absolutely everything they had at this movie and then some. There are, roughly, three concurrent plots–all related to one another–that somehow manage to stay almost entirely isolated from one another. Batman and Gordon are hunting Riddler (Paul Dano), but Riddler is trying to lead them through a mystery about the city itself. Meanwhile, Catwoman (Zoe Kravitz) is on her own mission, but it has to do with all the players in Batman and Gordon’s mystery, too, but Catwoman is kept siloed off from both Gordon and Riddler’s antics. Characters like The Penguin (Colin Farrell) and Alfred Pennyworth (Andy Serkis) feel tacked on at the edges as set dressing or exposition machines, rather than fully realized individuals. Even Batman’s vast arsenal of technology like the Batmobile or his iconic Batarangs feel like perfunctory details tossed in out of a sense of obligation at best or hollow fanservice at worst, rather than any necessary or developed part of the story.

To make things worse, focusing on the upkeep of the secret identity is a theme the movie explicitly wants viewers to consider and repeatedly uses the threat of discovery to move things forward–to the point where it starts to actually feel confusing and maybe even a bit silly that no one has put two and two together yet. There are even a handful of fake-out moments where it’s meant to feel as if the jig really is up, but the execution leaves too much to be desired. And this isn’t the only confusing emphasis or theme to be found in the story itself–while the mysteries at play are definitely engaging, they continually meander into strange red herrings where whole stretches of time are dedicated to bizarre, melodramatic asides that feel like unnecessary time sinks that could have just as easily been quick little nods or Easter eggs.

Things aren’t all bad, however. Along with the knockout performances of Kravitz, Wright, and Dano, Gotham itself is impeccably rendered in this version of the world. It’s somewhere in between the surrealism of Burton’s neon-splashed dystopia and the gritty Chicago-In-A-Trenchcoat realism of Nolan, pushing it just this side of uncanny in the best way. This is a Gotham that is both familiar and new, grounded and somehow completely bizarre. If The Batman has one major masterstroke that should be replicated in future live-action adaptations, this is it.

Animal Crossing Player Transforms Their Island Into a Spirited Away Oasis

Hulu’s The Princess Review: A Surprising Blast Of Action, Lace, And Very Bloody…