Sweet Valley Twins To Be Graphic Novel Bestseller Of 2022? 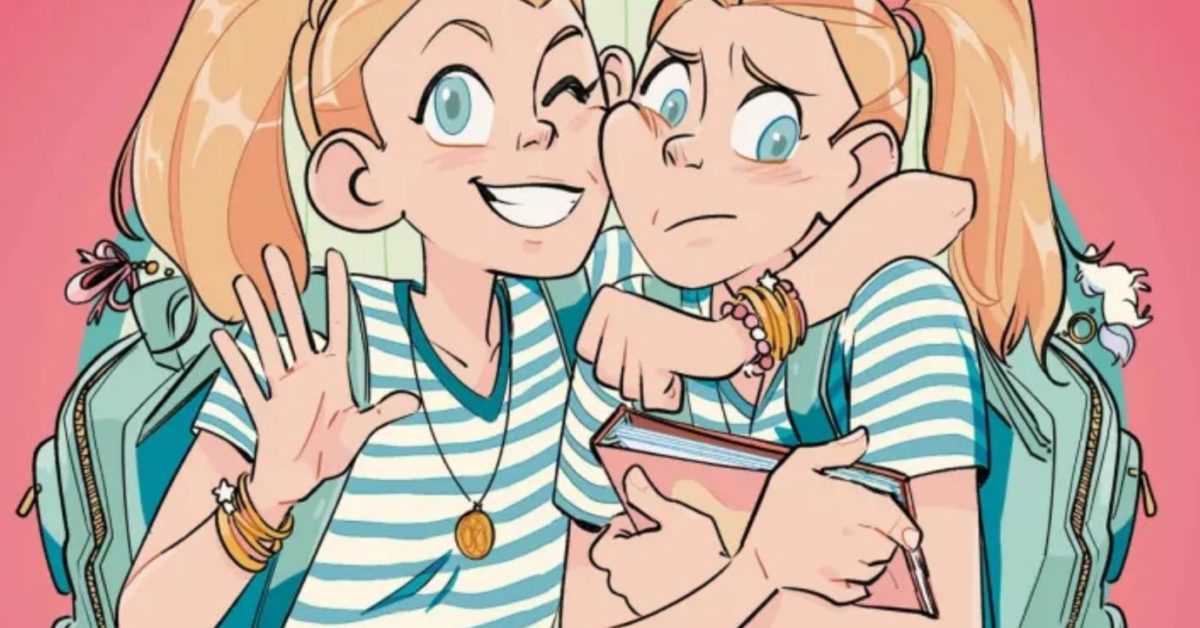 In 2019, Dynamite Entertainment published a Sweet Valley High graphic novel, based on the popular YA novels of the same name. Originally announced in 2016, written by Katy Rex and drawn by Devaki Neogi, it was meant to be the first in a series of such volumes, but it was not to be. In the last three years, however, there has been a boom in kids and YA graphic novel sales, and Penguin Random House is expecting the new Sweet Valley Twins spinoff Best Friends graphic novel by Nicole Andelfinger and Claudia Aguirre to be “THE bestseller YA graphic novel of the season” based on orders coming in, and with an FOC of Monday, in both paperback and hardcover versions. Might that also give a boost to Dynamite’s sales?

First published in 1986, the series was a spinoff of Pascal’s series Sweet Valley High, a series of young adult novels credited to Francine Pascal, who ran a team of ghostwriters, about the lives of identical twins Jessica and Elizabeth Wakefield, in Sweet Valley, California. Sweet Valley High began in 1983, and concluded twenty years later after 181 published books. More recently Sweet Valley Confidential and The Sweet Life, caught up with the characters as adults. The TV series ran for four series and former Doublemint twin models Brittany and Cynthia Daniel as Jessica and Elizabeth respectively, and who also appeared on the covers of later editions of the book.

Sweet Valley Twins was the first spin-off, featuring the characters in sixth grade and middle school, and was written by Jamie Suzanne. And that’s the series being adapted into graphic novels and published by Random House Graphics.

Nicole Andelfinger is best known as the writer of Boom Studios’ Power Rangers comic books, as well as The Dark Crystal, Munchkin and Adventure Time Comics. While Claudia Aguirre is best known for working as an artist and colourist with Mags Visaggio on Kim & Kim, Morning In America, Lost On Planet Earth and Quantum Teens Are Go, as well as colouring the comic book series We Are The Danger and drawing the comic book series Deuce Of Hearts.

Jessica and Elizabeth are ready to take on middle school . . . but are they ready to take on each other? The New York Times bestselling world of Sweet Valley returns in these all-new graphic novel adaptations! Jessica and Elizabeth have always been inseparable twins, but starting middle school means a chance for new beginnings! Elizabeth is excited to organize a school newspaper, but Jessica is more interested in joining the exclusive Unicorn Club. What will happen when the twins realize they might not be as alike as they thought? Middle school is hard enough, but with these twins each dealing with becoming their own person–will they be able to stay friends at the same time? Francine Pascal’s beloved Sweet Valley Twins comes to life in a brand-new graphic novel that will have old and new fans delighted as they meet Jessica and Elizabeth in graphic novel form. With the lively artwork of Claudia Aguirre, Sweet Valley Twins: Best Friends is a contemporary middle-grade graphic novel filled with heart, laughter, and lots of twins.

It’s Elizabeth’s turn in the spotlight… but does Jessica deserve it more? The Wakefield twins return in this brand new graphic novel adaptation of the New York Times best-selling Sweet Valley Twins! Jessica knows she’s the better dancer – but their teacher only seems to have eyes for her sister Elizabeth! No matter how hard or perfectly she dances she’s not getting recognized – which becomes a huge problem when it becomes clear that her sister is going to get the main role of Swanilda instead of her. Even worse, Elizabeth refuses to believe that their teacher is favoring her! With Jessica’s attitude rapidly souring and Elizabeth slowly realizing that Jessica might actually be right, will they be able to find a way to get Jessica her leading role? Francine Pascal’s beloved Sweet Valley Twins series continues with Claudia Aguirre offering her fresh and modern artwork just right for today’s contemporary middle-grade graphic novel.

The Fascinating History Behind V-Man in Fox’s V-Comics, at Auction