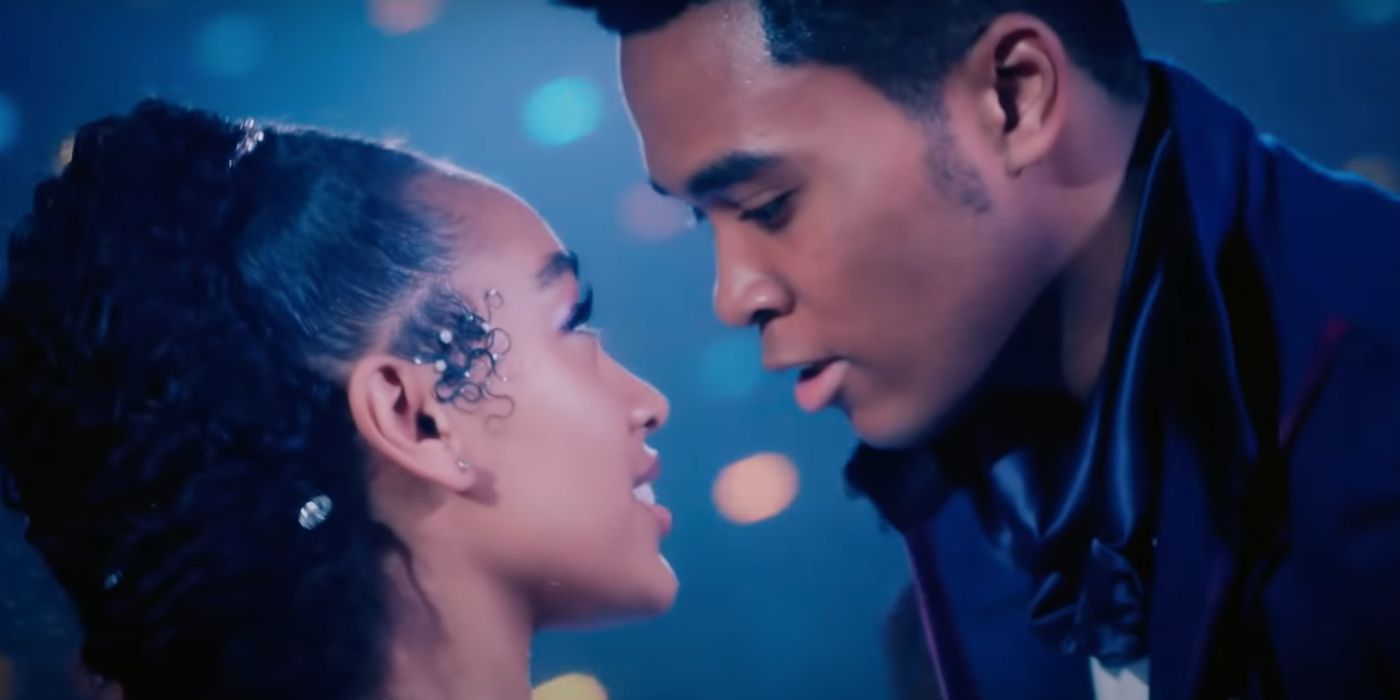 We got a sneak(er) peek at the new Disney+ original movie Sneakerella, which will be streaming on May 13. Disney+ and Walt Disney Records released the video of the new song “Kicks,” the film’s opening sequence, via Youtube. This new twist on Cinderella tells the story of El (Chosen Jacobs), a kid who dreams to design his own line of sneakers. When he meets Kira King (Lexi Underwood), the daughter of sneaker tycoon Darius King, El finally gains the confidence to pursue his dreams, despite the naysayers.

The opening sequence shows El (Jacobs) dancing through the streets of New York City, surrounded by gleeful back-up dancers who share his love of sneakers. In a stand-out moment, it appears El can fly, and he starts dancing on air, before cutting to a shot of El playing with shoes on glass, revealing the magical sequence to only be in his head. The song was written by Antonina Armato, Tim James Price, Thomas Armato Sturges and Adam Schmalholz, and produced by Armato and Price. The sequence was choreographed by Ebony Williams and Emilio Dosal.

Sneakerella will premiere on Disney+ on May 13th, directed and co-executive produced by Elisabeth Allen Rosenbaum. Rosenbaum has directed multiple children’s focused content for television and film, including the successful Ramona and Beezus adaptation in 2010. Mindy Stern and George Gore II wrote the story behind Sneakerella, with a screenplay by Stern, Gore, David Light & Joseph Raso, and Tamara Chestna. As it comes from Disney Branded Television, Sneakerella is technically a TV movie, following in the footsteps of many Disney Channel Original films such as High School Musical and Teen Beach Movie. Joining Jacobs and Underwood in the cast are John Salley, Devyn Nekoda, Juan Chioran, Bryan Terrell Clark, Kolton Stewart, Robyn Alomar, Yvonne Senat Jones, and Hayward Leach.

Sneakerella will feature 8 new original songs from a variety of genres. Disney promises a fun mix of music from acclaimed songwriters who have worked on such projects as High School Musical: The Musical: The Series and Straight Outta Compton. Composer and music producer Elvin Ross will serve as composer on Sneakerella. The digital soundtrack will release on May 13, the same day as the film, while the physical soundtrack will be available on June 24.

Although remaking Cinderella with your own spin isn’t exactly new (see Cinderella 2021 or A Cinderella Story), Sneakerella is certainly a unique take on the well-known fairy tale. The vibrant color, exciting choreography, and fun track of “Kicks” will grab your attention, and Jacobs proves his star power in this sequence alone. You can watch the opening sequence from Sneakerella below and watch the film on Disney+ starting May 13.

Sabrina Sternberg (she/hers) is a News Writer for Collider. Originally from NYC, she now lives in Chicago. She graduated from the University of Chicago, with a double major in Linguistics and Cinema and Media Studies. Sabrina also has a background in theater and is very passionate about theme parks.