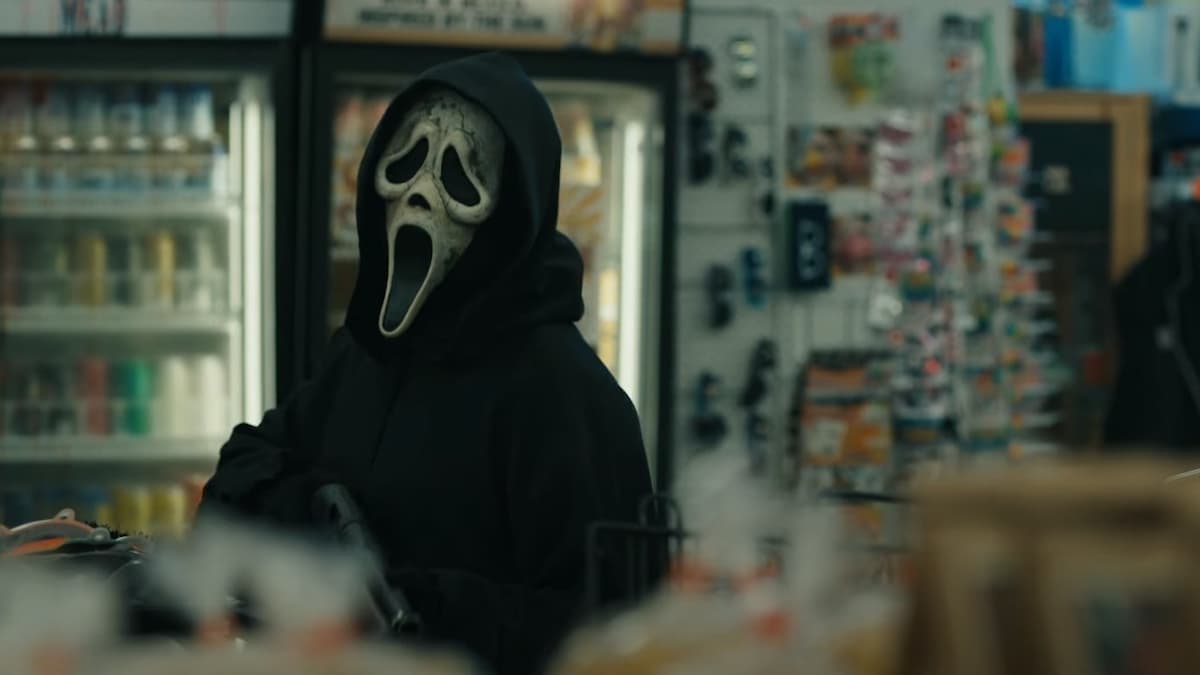 I’m in your convenience store!

After releasing a teaser back in December 2022, Paramount has released the official trailer for Scream 6, teasing that this Ghostface is not only the most public one yet, but is also seemingly the most brutal. This is a Ghostface who is not afraid to go after people in convenience stores and on the train and is willing to kill anyone who gets in the way of his mission.

The Scream 6 trailer was a bit light on actual story information, with one of the only things learned being that this Ghostface looks to worship previous incarnations, with him having a Ghostface collection. This is obviously unfortunate for the survivors of the previous Ghostfaces, as this one looks to have a major vendetta against them.

Scream 6 features the return of many Scream characters, all of whom are shown throughout the trailer. These characters include the four newbies introduced in Scream (2022), Sam, Mindy, Chad, and Tara, played by Wednesday’s Jenna Ortega. The four survivors are joined by fan-favorite Scream 4 character Kirby Reed, along with legacy character Gale Weathers. Unfortunately, due to Neve Campbell not being happy with the offer presented to her, Scream 6 marks the first movie in the series not to feature the franchise’s Final Girl, Sidney Prescott.

The sixth film also features plenty of new actors, including Dermot Mulroney, Spider-Man: No Way Home’s Tony Revolori, She-Hulk’s Josh Segarra, and Ready or Not’s Samara Weaving, the latter of whom was majorly requested by fans.

Scream 6 is currently set to release exclusively in theaters on March 10, 2023, when fans will finally be able to learn the identity of this new Ghostface killer.

Tchia preview — I’m like a bird, I’m gonna fly away