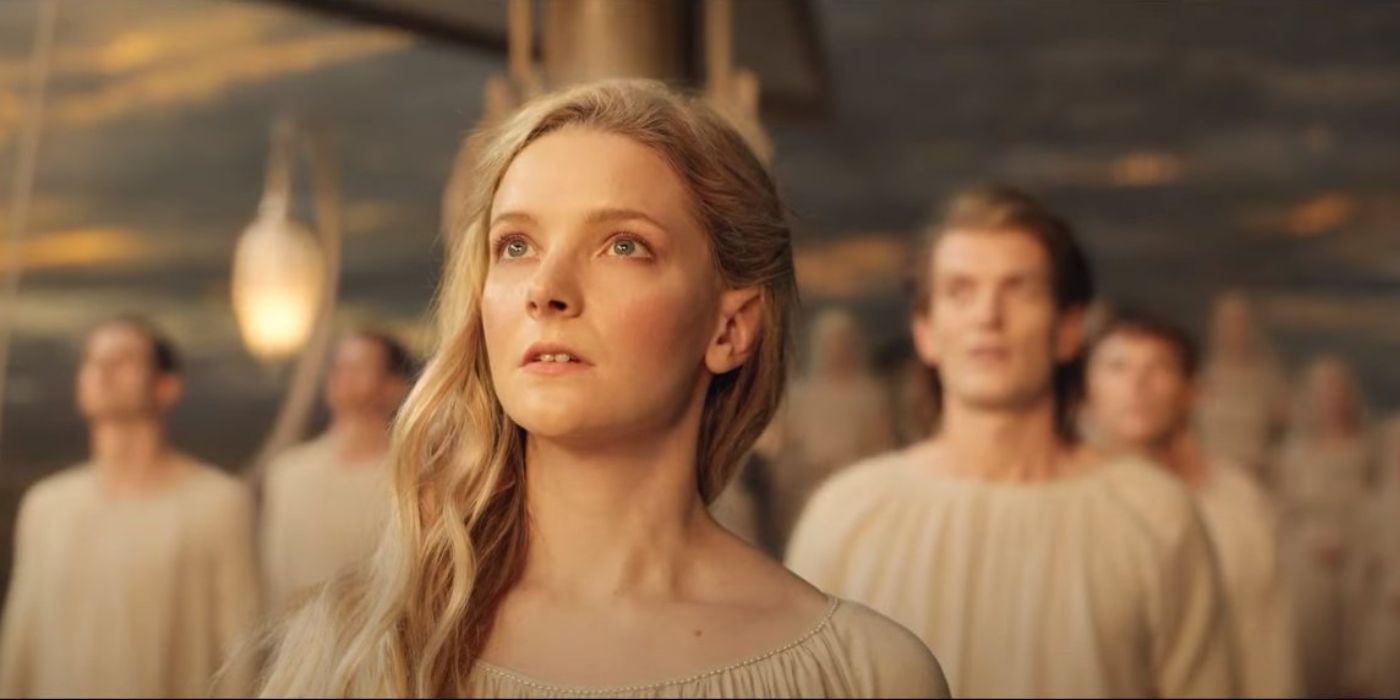 Prime Video released a new behind-the-scenes featurette for Lord of the Rings: The Rings of Power in which the cast and crew discuss the epic series set in the fantasy universe created by J.R.R. Tolkien. In the featurette, showrunners Patrick McKay and JD Payne join cast members to reveal more details about the ambitious storyline of The Rings of Power, set hundreds of years before Peter Jackson’s The Lord of the Rings trilogy.

The Rings of Power will take us to the Second Age of Middle-Earth when the fabled Rings of Power were forged, Sauron rose to power, and elves and men united to fight against the forces of evil to stop darkness from spreading through the land. In the featurette, McKay explains that “the Second Age is the great unfilmed story in Tolkien’s entire legendarium, with the forging of the rings and the Last Alliance, and we felt that that was the story that deserved to be told.” It will undoubtedly be interesting to see those stories on Prime Video, especially since we’ll also get to know a bit more about the origins of fan-favorite characters.

One of the main characters of The Rings of Power is Galadriel, the future queen of Lothlórien. The elf leader was played by Cate Blanchett in the Lord of the Rings film trilogy, but Morfydd Clark is taking over the part in the upcoming series as a younger and less wise version Galadriel. Speaking about her character’s journey in the series, Clark said in the featurette that “Galadriel has been on a quest for over 1,000 years scouring Middle-earth searching for this elusive, undiscovered, very real evil. Ultimately, she knows this danger exists, this evil has to be stopped.”

RELATED: ‘The Lord of the Rings: The Rings of Power’ Cast & Character Guide: Who Plays Who in the Prime Video Series?

Payne also commented on Galadriel’s storyline, saying that “from the beginning, we knew she couldn’t do this alone. Every good quest needs a fellowship.” That means Galadriel will not have to fight evil by herself, as warriors from every race will come to aid her. The featurette shows us exciting battle scenes involving hobbits, dwarves, elves, and humans. Of course, classic enemies such as orcs and trolls are also part of The Rings of Power, and we get new footage of these fantastic creatures in the new video.

The Lord of the Rings: The Rings of Power premieres exclusively on Prime Video on September 2. Check out the new featurette below.