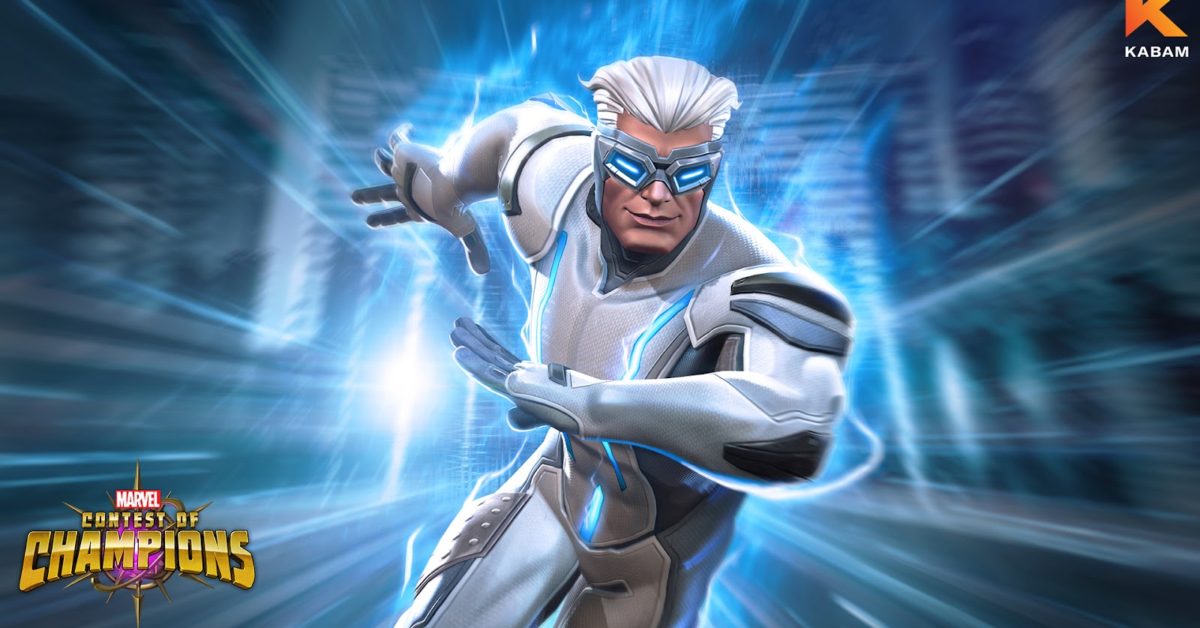 Kabam announced a couple of additions to Marvel Contest Of Champions this week with a new character and a contest on the way. Quicksilver is the latest addition to the mix as he was the #1 fan-voted addition for the game this year, and along side him we’ll also be getting Galan as part of a new update. What’s more, the game will be hyping up the release of the upcoming Disney+ series She-Hulk, as she will be joining the roster of new and existing Summoners totally free. Players who download and log in from August 17th to September 28th will be able to add her to their game. You can learn more about the other two characters below.

Pietro Maximoff and his sister were abducted by the High Evolutionary as babies and suffered a series of unethical experiments that granted them powers disguised as an X-Gene mutation. As a result, he developed Super Speed powers that allowed him to take on the super hero life.

The sole survivor of a dying cosmos, Galan was fused to the sentience of a newborn universe and metamorphosed into Galactus, the devourer of worlds. After emerging from his cosmic cocoon, he consumed a nearby planet to quench his hunger, killing billions of sentient beings in the process. Overcome by immense guilt, Galan refused his role as a cosmic predator and chose to live the existence of a simple farmer, growing his own nourishment in his “Planet Nursery” in the Quantum Fields of the Battlerealm.

At Lord Odin’s behest, Carina calls upon The Summoner to recover The Cosmic Seed. A lost Asgardian relic of dire consequence, capable of birthing a new Worldtree here in The Battlerealm. After being provided a few clues, The Summoner sets out to The Quantumrealm where they encounter Quicksilver battling The Silver Surfer. After The Summoner breaks up the fight, The Surfer slips away to confront the mysterious Galan. Who stole The Cosmic Seed from Asgard? What does it have to do with Quicksilver? Who, or what is Galan? Find out this month in Worldheart!

Marvel Contest Of Champions Fans Have Voted To Add Quicksilver

Has New Amsterdam Already Said Goodbye To Another Doctor On Top Of Freema Agyeman’s Helen Sharpe?