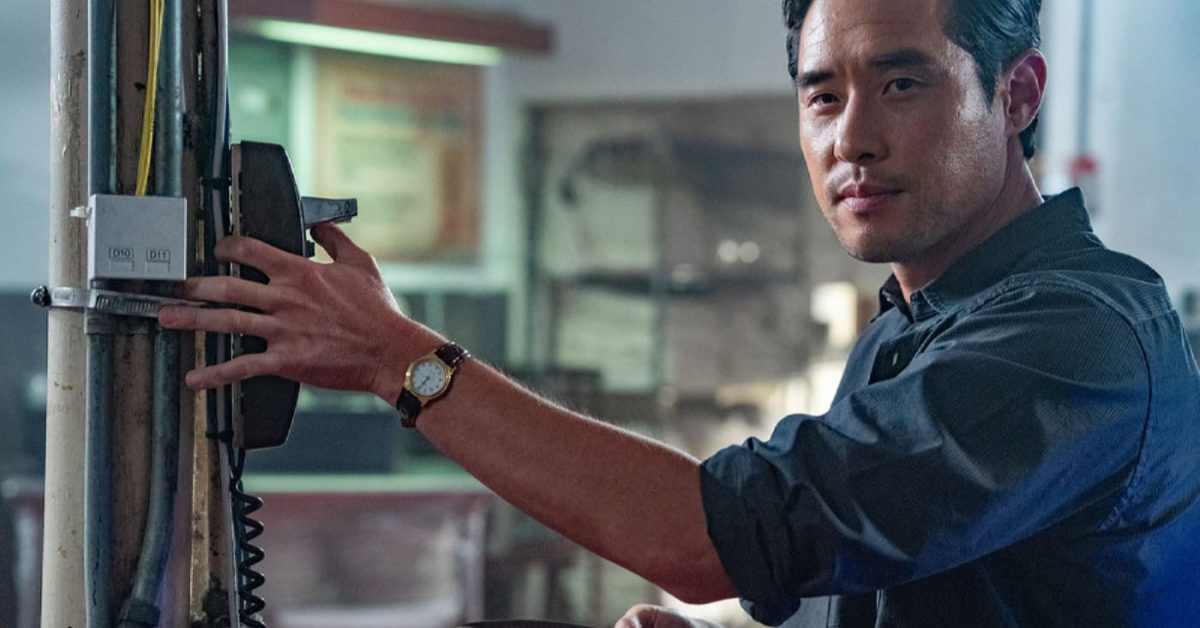 Tonight, an assembled team looks to restart the Quantum Leap project when NBC’s Raymond Lee-starring series hits our screens with the series premiere, S01E01 “July 13th, 1985.” But things take a bad turn fast when lead physicist Ben Song (Lee) takes an unauthorized leap back to 1985 as his team scrambles to figure out what happened and how to get him back. There’s a major problem hanging over all of the other problems, though. Ben can’t remember why he made the leap in the first place. Now, if you’re going to call yourself “Quantum Leap,” then there’s no way you can avoid being compared to (and, unfortunately, talked down to by fans of) the original (and beloved) Scott Bakula (Dr. Sam Beckett)-starring series. So you can only imagine the pressure Lee, the cast, and the creative team is feeling only hours before its premiere, right? Actually…

“I wouldn’t say it is daunting. I would say there is pressure, but it’s good pressure, and we have the benefit of having a great property to our name,” Lee explained during his interview with EW. “This was generally unanimously beloved, and for all the right reasons. It was a show where families were able to watch together and rally around a character doing good. There are no real nefarious things going on. When people come up to me and tell me that they’re so excited for ‘Quantum Leap,’ the energy I get is not like, ‘You better do this right.’ It’s more, ‘I’m so glad this is going to be back on air.'” In the following behind-the-scenes featurette, Lee, Caitlin Bassett, and Nanrisa Lee take viewers behind the scenes to not only preview what the series has to offer but also demonstrate how it’s keeping the legacy of the original series alive:

It’s been nearly 30 years since Dr. Sam Beckett stepped into the Quantum Leap accelerator and vanished. Now, a new team, led by physicist Ben Song (Raymond Lee), has been assembled to restart the project in hope of understanding the mysteries behind the machine and the man who created it. Everything changes, however, when Ben makes an unauthorized leap into the past, leaving the team behind to solve the mystery of why he did it. At Ben’s side throughout his leaps is Addison (Caitlin Bassett), who appears in the form of a hologram only Ben can see and hear. She’s a decorated Army veteran who brings level-headed precision to her job.

At the helm of the highly confidential operation is Herbert “Magic” Williams (Ernie Hudson), a no-nonsense career military man who has to answer to his bosses who won’t be happy once they learn about the breach of protocol. The rest of the team at headquarters includes Ian Wright (Mason Alexander Park), who runs the Artificial Intelligence unit “Ziggy,” and Jenn Chou (Nanrisa Lee), who heads up digital security for the project. As Ben leaps from life to life, putting right what once went wrong, it becomes clear that he and the team are on a thrilling journey. However, Addison, Magic, Ian, and Jenn know that if they are going to solve the mystery of Ben’s leap and bring him home, they must act fast or lose him forever.

Lee’s Dr. Ben Seong is a world-renowned physicist and a man of faith who makes a literal leap of faith that finds him lost… and without his memory. Hudson’s Herbert “Magic” Williams (Hudson) is a Vietnam veteran and the head of the Quantum Leap project. He uses his political and military know-how to keep the Pentagon at bay while his team works to rescue Ben. Caitlin Bassett‘s Addison is a project lead at Quantum Leap headquarters who operates state-of-the-art technology to communicate with an individual time traveling in the past, likely similar to how the original series saw Admiral Al Calavicci (Dean Stockwell) communicate with Sam via hologram. Nanrisa Lee‘s Jenn is Quantum Leap’s head of security, while Mason Alexander Park‘s Ian is the chief architect of Quantum Leap’s A.I. program. Recently, it was announced that Georgina Reilly (City On A Hill) had joined the series in a key recurring role. Now here’s a look at two recently-released mini-teasers for the September 19th premiere of NBC’s Quantum Leap:

Steven Lilien and Bryan Wynbrandt co-wrote & executive produced the pilot, with Blindspot creator Martin Gero (now the series new showrunner), original series creator/EP Don Bellisario, and EP/co-narrator Deborah Pratt. Helen Shaver (Station Eleven, Lovecraft Country, Orphan Black) had been tapped to executive produce and direct the pilot. While not currently attached to either reprise his role or produce in some way, Bakula has apparently had conversations about returning (Stockwell passed away in November 2021 at the age of 85). Universal Television (a division of Universal Studio Group) will produce the pilot alongside Lilien & Wynbrandt’s I Have an Idea! Entertainment, Bellisario’s Belisarius Productions, and Gero’s Quinn’s House Productions.

Prodeus to leave Early Access soon, with a release date set for this week