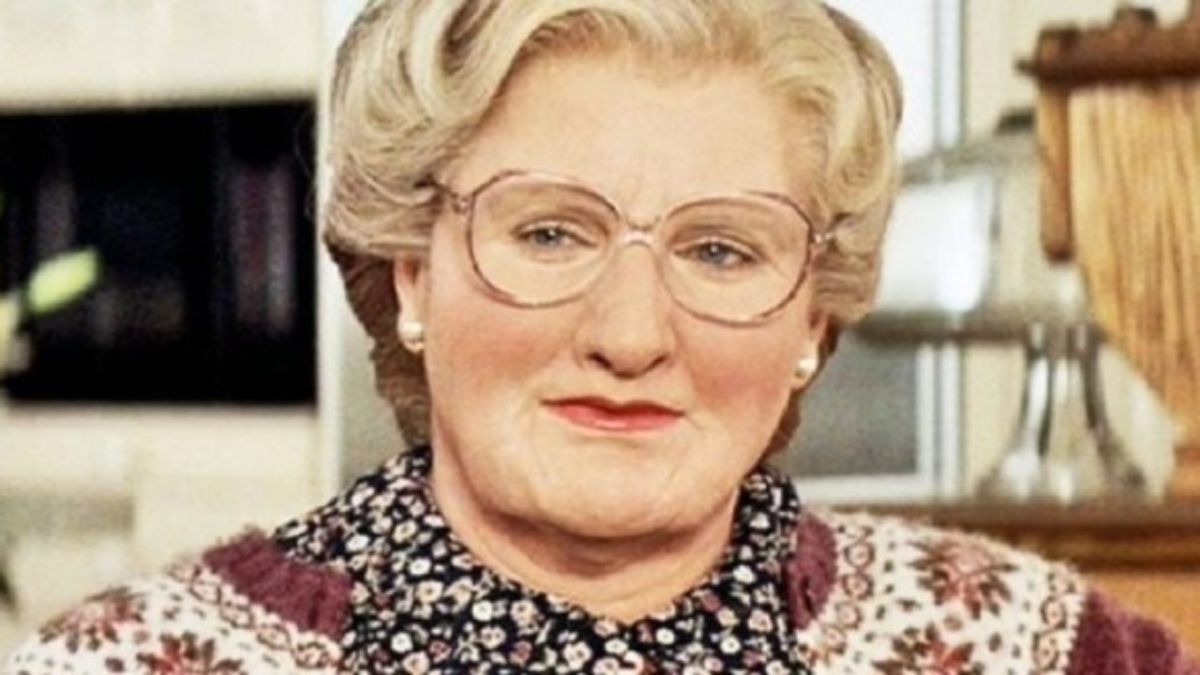 Mrs. Doubtfire is one of those movies that it seems everybody loves. It has clearly stood the test of time as new generations of kids get introduced to it. It’s one of the late Robin Williams most popular films, and his co-star Pierce Brosnan says he was very excited to be working with Williams, even though he didn’t actually meet the actor until after the movie had finished filming.

Former James Bond Pierce Brosnan recently sat down and spoke with GQ about several of his most popular films, including Mrs. Doubtfire. Brosnan talks about being thrilled to be working with Robin Williams, and recounts the first time he met Robin, he was already in his Mrs. Doubtfire makeup, at least from the neck up, making their first meeting pretty funny for all involved. Brosnan says…

Pierce Brosnan explains that Robin Williams needed to be in the makeup chair early every day for his Mrs. Doubtfire transformation. This fact, combined with the fact that Brosnan had no scenes with Williams where he wasn’t dressed as Mrs. Doubtfire, meant he apparently never saw Robin looking like himself for the duration of the production. That had to be a pretty wild experience.

Brosnan also compliments Robin Williams’ skills at throwing limes, even in all that makeup and prosthesis.  Apparently the famous “run by fruiting” scene, one that Brosnan expected to be shooting all day because he thought it would take Williams all day to make the shot, was done in two takes. Also, the line “run by fruiting” was not in the script.

Mrs. Doubtfire was such a popular movie that we would occasionally hear rumors of a potential Mrs. Doubtfire 2. If there was any chance of that happening, it ended with Williams’ death.

Mrs. Doubtfire was clearly a special experience for those that made it as it was for the countless millions who have seen it. Pierce Brosnan says he took the role, at least in part, because he needed the money, but he ended up being part of something much bigger.