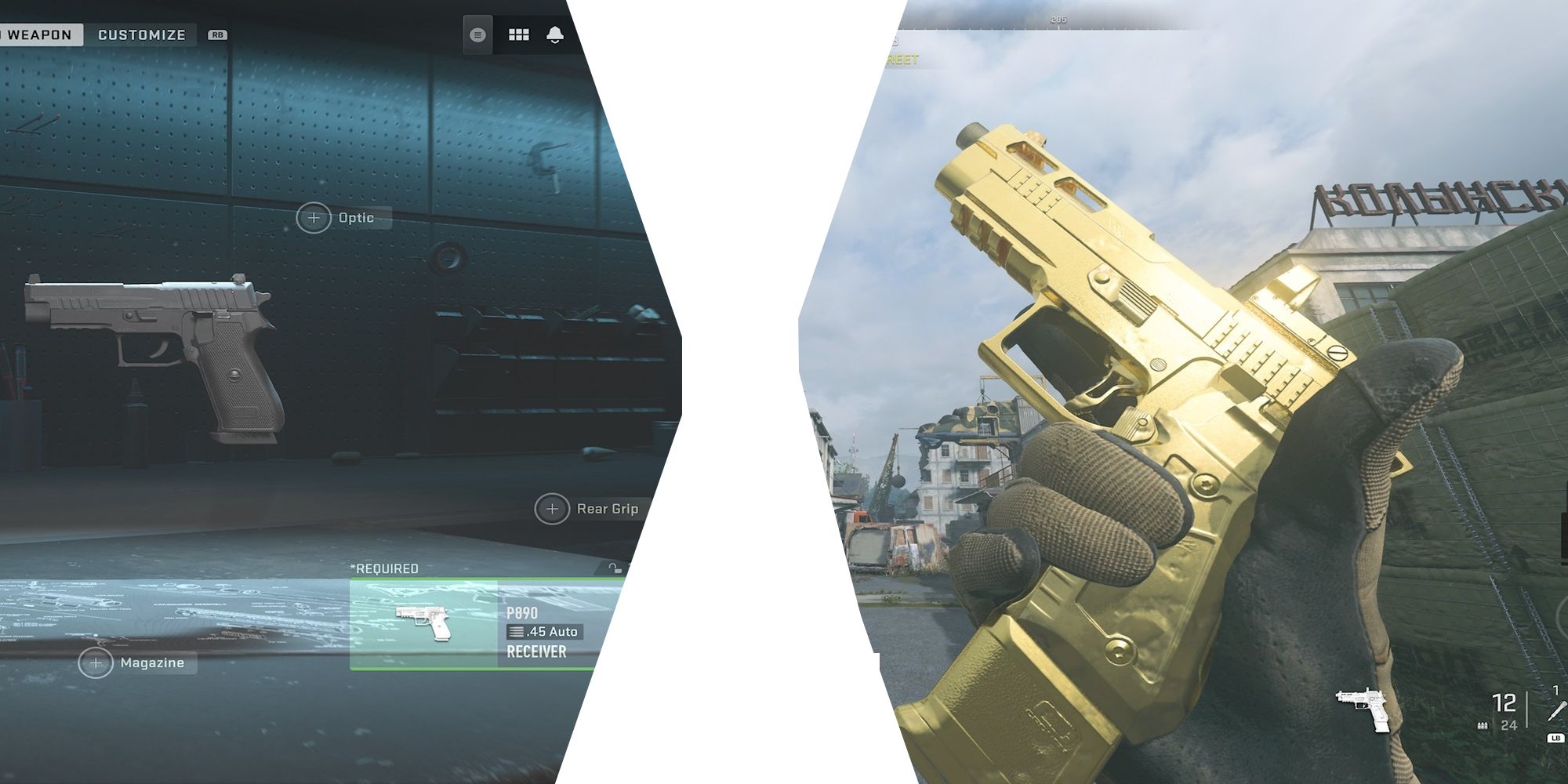 The handguns of Call of Duty Modern Warfare 2 each present unique qualities that allow players to craft their preferred sidearm for multiplayer. The default pistol in multiplayer, the P890, acts as an introductory weapon to the secondary class of firearms.

With solid damage, decent magazine capacity, and a healthy array of customization options, the P890 can be modified to become more than the middle-of-the-road weapon it is presented as. Similar to the M4 Assault Rifle in the primary weapon slot, this handgun can become highly competitive with the right attachments, perks, and backup weapon in the primary weapon slot.

These attachments are designed to reduce recoil, increase fire rate and increase accuracy while using the P890 in multiplayer. With a standard capacity of 8 rounds and medium recoil, the base weapon can prove difficult for players to use beyond point-blank range unless they deliberately pace their shots. With this set of attachments, players will have greater accuracy over range and be able to fire more rounds at an increased rate.

The XRK TACOPS BARREL helps increase movement speed and aim down sight speed, allowing quicker map traversal and target acquisition in online matches. This helps mitigate the aim down sight reduction from the SLIMLINE PRO red dot sight, which allows its clean and simple sight to help players keep on target with no downsides as a result. Paired with the BRUEN EXPRESS trigger, which allows for an increased fire rate, and the FJX DVF60 GRIP, which grants a boost in recoil control, players will be able to rapidly fire accurate shots at enemy players. All of these are further aided by the 12 ROUND MAG extension, raising the P890’s magazine capacity from 8 shots to 12. The minor detriments to movement speed and accuracy are uplifted and mitigated by the other four attachments, allowing the P890 to function as a well-rounded, fast-moving and accurate weapon for players to wield.

Best Perk Package For The P890

Since the P890 is a secondary weapon, players will want to use a perk package suited for surviving explosives and close-quarters combat, similar to loadouts for submachine guns. The Bomb Squad perk reduces damage taken from non-killstreak explosives and allows players to pick up enemy grenades and reset their fuses, allowing a safer window to throw back incoming explosives. This is paired with the Battle Hardened perk, which reduces the effects of thrown non-lethal equipment like Gas Grenades, Shock Sticks and Flashbangs. Additionally, this perk grants players immunity to snapshot grenades, similar to one of the effects of Cold-Blooded. The Bonus Perk, Fast Hands, lets players use equipment pieces, swap weapons and reload faster. Even with the increased magazine capacity, players will still be reloading the P890 frequently, likely after every firefight players find themselves in. Being able to reload quickly will allow players to engage more enemies faster and keeps players in the fight longer. The Ultimate Perk, Ghost, is a must-have for someone hoping to use handguns effectively in multiplayer. It makes players undetectable by UAVs, Heartbeat Sensors and Portable Radars. This perk package allows players to minimize their detectability and maximizes their lethality while using the P890 in multiplayer, mitigating risk and maximizing the time players spend earning kills.

With handguns in Modern Warfare 2 allowing fast player movement and being suited for close-quarters combat, players may want to consider using a submachine gun in their primary weapon slot. Even if players do not intend to use the weapon, submachine guns allow fast player movement and can quickly be swapped for the secondary weapon, making them ideal for map-roaming players getting as close to the enemies as they can.

An ideal choice for players might be the BAS-P submachine gun, with an incredibly fast fire rate and the ability to further increase its sprint speed by removing the stock and using shorter barrel attachments. Alternatively, players could use the deadly close-quarter shotguns as their primary weapon, which trades a bit of the fast player movement and high ammunition capacity with increased lethality up-close.

Next: Modern Warfare 2: How To Level Up Launchers

Warzone 2.0 Needs To Bring Back Some Of Its Predecessor’s Ideas