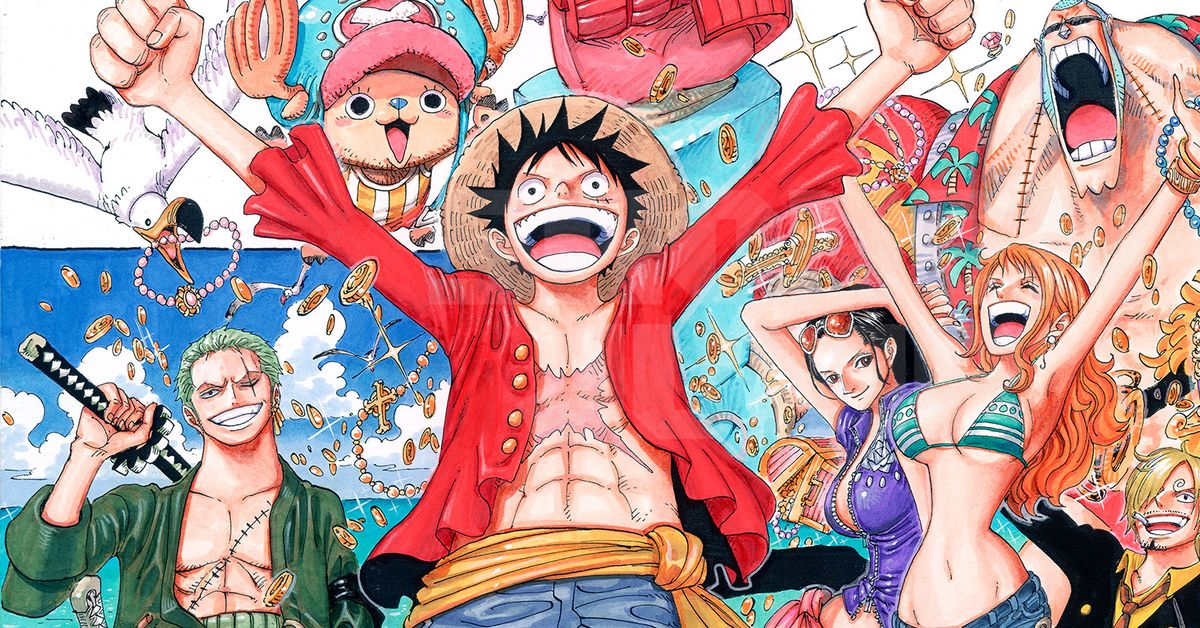 When I finished reading One Piece, I felt a 1,000-chapter hole in my heart. Hungry for more, I decided to rewatch some of my favorite moments via the anime. I wanted to know what the Straw Hat crew looked like bursting through the great open seas fully animated. I wanted more of this world I had grown to love over the months I blazed through the manga.

But as I turned to the animation, I was disappointed.

Boisterous, joyous scenes of the Straw Hat crew celebrating victories with buckets of booze and colorful characters seemed to fall flat. Perfectly paced frame-by-frame fights turned into drawn-out scenes that dragged across entire episodes. Luffy, the pirate protagonist of the series whose superpower is to stretch like rubber, came across as surprisingly stiff in the earlier episodes.

That’s not to say I’m here to absolutely roast the One Piece anime. It’s over 1,000 episodes long, and for any show to make it that far is a feat. Like any anime of that size, it has its high and low points — I won’t hold its early-2000s animation against it. It’s still a great story and I still got giddy during the big reveals. Rewatching arcs even helped me notice details I missed while reading.

But here’s what I told my little brother while watching: “This is fun. But you should just go read the manga.”

As of this year, One Piece presents a 25-year-long epic that follows Luffy, a pirate with the power to stretch like rubber, and the Straw Hats, his crew of pirates. Like many shonen protagonists, Luffy’s goal is very simple: He wants to become the Pirate King, and thus the most infamous pirate in the world. Creator Eiichiro Oda released the first chapter in 1997, and it has since become one of the most beloved manga franchises of all time. It’s also the best selling manga of all time, with several related spinoffs and adaptations — from the anime series to video games to movies. The series spirals into an ocean-spanning adventure that threads together themes of societal injustice, personal loss, and friendship, among others.

Additionally, the manga is extremely accessible. The entire 1,000-plus-chapter epic is available on the Shonen Jump app for $1.99 a month. Toss in a cheap tablet, and you have the perfect way to experience One Piece. For me personally, it was way easier to read downloaded chapters on the go — traveling, while waiting for appointments, and so on, than it would be to whip out a set of headphones and load up an episode. You can download up to 100 chapters at a time, which I would exceed only on the most lazy of days.

But beyond that, Oda brings the world of One Piece to life in a way that I don’t think is fully communicated in sections of the anime.

One Piece deals in excess. An excess of characters. An excess of action. An excess of stuff just happening, everywhere, all the time. But Oda is also a genius at managing his page; never giving the impression of too much or confusing the reader’s eye. And that makes the world feel all the fuller; no detail is lost between panels. You can see every scuff and scratch, every drop of sweat, as the characters bear the weight of their fights. The colorful cast, while portrayed in black and white, feels especially alive on the page when you can relish in examining them closely, taking in the character designs.

Oda’s depiction of movement in the manga doesn’t just push the story forward, it teaches the reader about the world and the characters there. We love Luffy not just because he’s dedicated to his crew and inspires those around him to question the status quo; we also love him because it’s funny to watch a rubber pirate fight off the government forces of the world. Luffy stretches, sweats, and steams, and the manga steeps in constant action.

Perhaps the biggest reason I’d tell folks to read One Piece instead of watching it is just that the pacing feels way better when compared to the anime. While I picked my favorite arcs while reading, there wasn’t anything that I felt I wanted to skip. (Whereas when I watched the anime I found myself skipping either sections of episodes or deciding to skip entire parts of arcs to just get to the action.) And with a manga, you never need to scrub through the intro or the episode recap.

One Piece is a silly story about a rubber pirate. It’s also a story about found family. About misfits and people who don’t fit in. It follows a group who defies the global powers that be, and will stop at nothing to pursue a world that doesn’t overlook injustice. Reading through the story was a genuine spot of light for me, during the deepest, darkest depths of the COVID-19 pandemic. Not just because it’s fun, but because it felt meaningful. So if all you know of the series is a few anime episodes you caught on a random Saturday as a child, you might try experiencing the zany adventure from a whole new perspective.