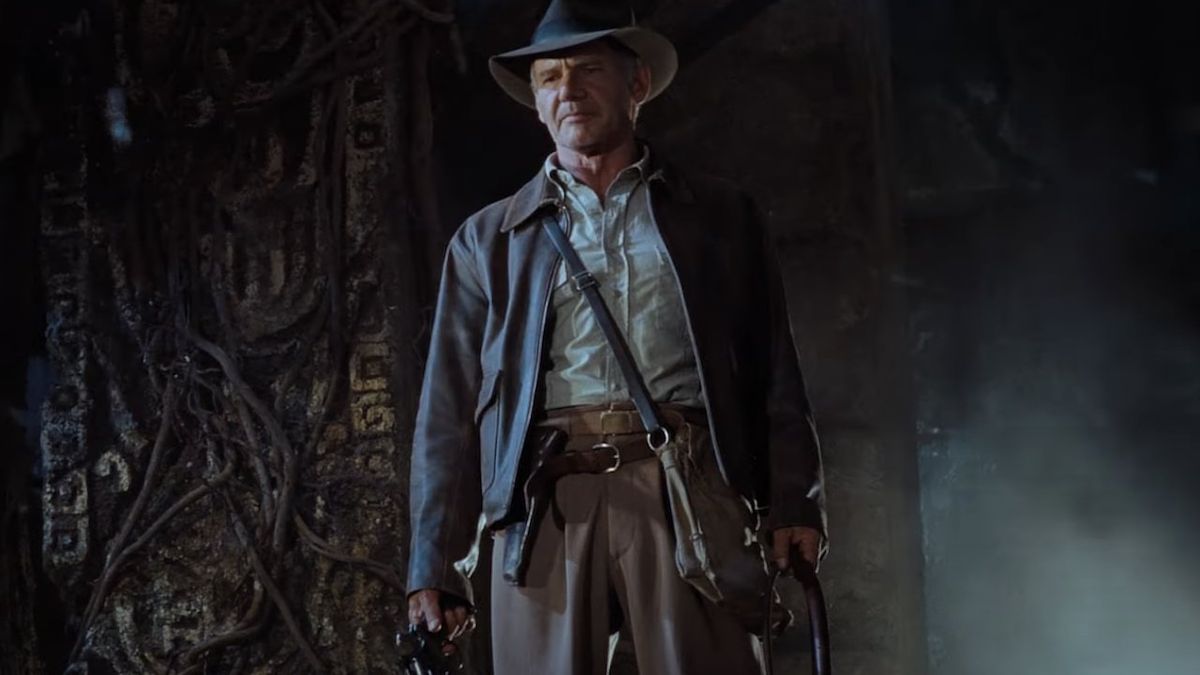 Official details on Indiana Jones 5 have been few and far between since it was first announced but, as of late, fans have been getting more info on the highly anticipated sequel. Just the other day, the public got its first full look at Harrison Ford’s Indy in the fifth and final installment in the beloved action/adventure series. And if that weren’t exciting enough, tidbits regarding the plot have now been divulged as well. Among the juicy nuggets are specifics on Mads Mikkelsen’s shady character and more.

Last year, it was rumored that Indiana Jones 5 would deal with space, more specifically the space race of the 1960s and would see the seasoned adventurer going up against ex-Nazis who are working for NASA. Well, all of that has now been confirmed by the film’s co-writer, Jez Butterworth. The scribe, whose body of work includes films like Edge of Tomorrow and Ford v. Ferrari, teased that the always-skeptical Jones isn’t going to take too kindly to the seemingly reformed Adolf Hitler devotees:

The antagonist who is sure to cause the most problems for the fedora-wearing hero is the newly revealed Voller, played by the incomparable Mads Mikkelsen. Interestingly, the ex-Nazi reportedly draws inspiration from real-life figure Wernher von Braun. After he was cast, Mikkelsen spoke about what in honor it was to be joining the illustrious film franchise but shied away from going into specifics. But as part of Empire Magazine’s interview with the movie’s cast and crew, he was willing to shed some light on his character and his motivations:

A hero is only as good as their villains, and the Indy films have produced some of the most memorable baddies in cinematic history. Paul Freeman’s René Belloq and Ronald Lacey’s Arnold Ernst Toht are only a few of the characters who fit that bill. Given how skilled Mads Mikkelsen is at playing evil individuals, he should have no problem following in his predecessors’ footsteps. You can get a look at Mikkelsen’s Voller in the pic down below:

Of course, what is a villain without their top enforcer? In Indiana Jones 5, Voller will utilize the services of Boyd Holbrook’s Klaber. Holbrook, who previously hyped up the movie, also spoke to Empire. The actor didn’t spill too much, though he did say, “I’m a lapdog to Mads, and a crazy one at that.” Take a look at Holbrooks’ henchman:

Voller, Klaber and their cohorts will no doubt cause plenty of headaches for Henry Jones Jr., who will already be grappling with the new reality brought upon by the ‘60s. With the U.S.’ space race against Russia in full swing, society is putting a heavy emphasis on space explorers at the time. And with that, “the model of what a hero is has completely changed.”

But at the end of the day, Jones has proven that nothing can keep him down, and the same is true about leading man Harrison Ford. The actor injured himself during production but eventually powered through the rest of the shoot. And even Mads Mikkelsen has praised Ford for being “an insanely powerful person” when it comes to staying in shape. On that note, I can’t wait to see their two characters come to blows during this cool-sounding story.

The still-untitled Indiana Jones 5 is set to open on June 30 as part of the schedule of 2023 movies.