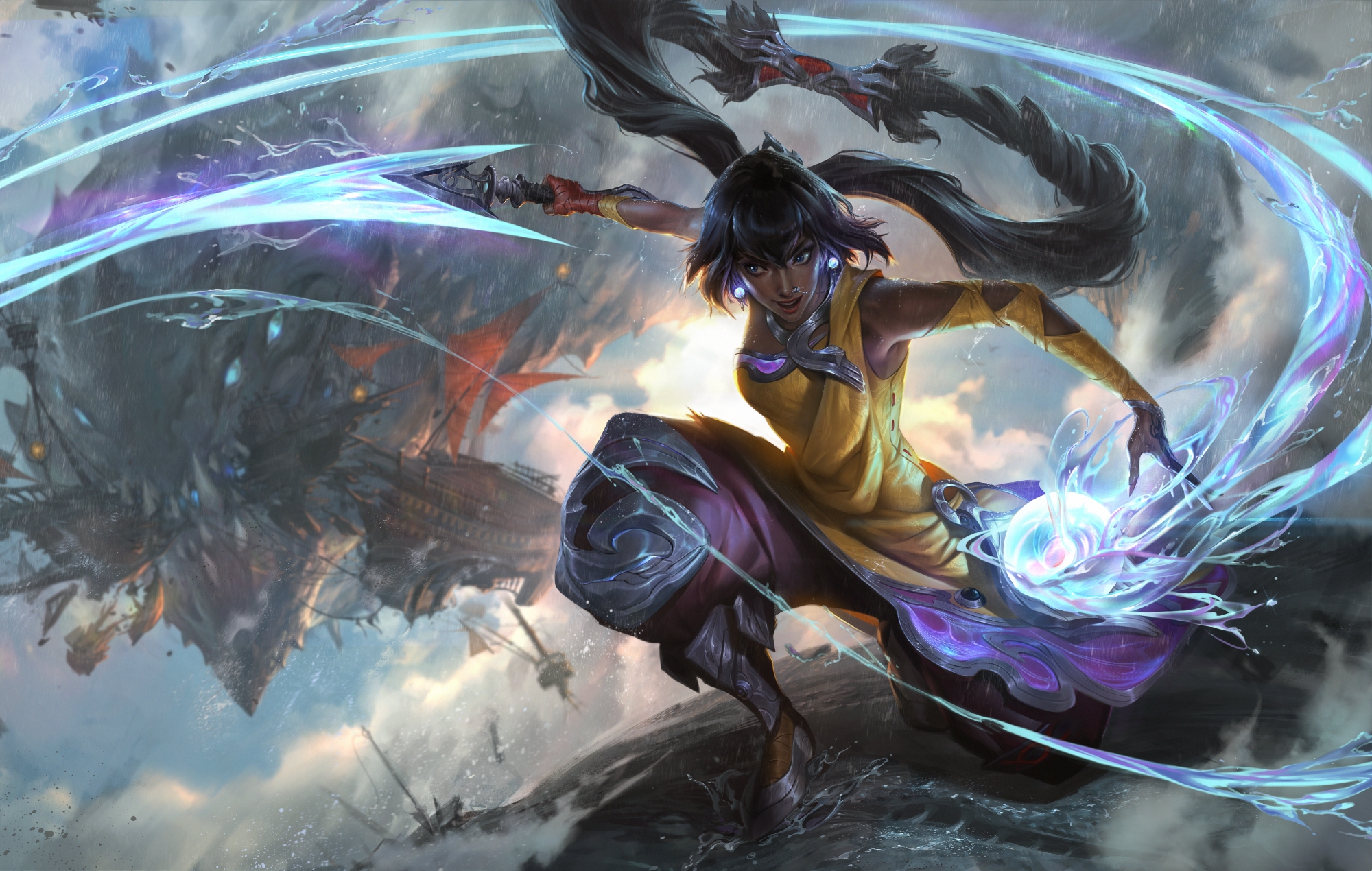 Nilah, The Joy Unbound is the next champion coming to League Of Legends, and developer Riot Games has revealed that she is a skirmisher with abilities specifically designed to be used in bot lane.

Nilah is unique because although she is a melee skirmisher (think Yasuo, Yone, Irelia), she is intended to be played as a bot lane carry.

You can read Nilah’s abilities below:

A new day is just over the horizon.#StarGuardian returns on July 14 ???? pic.twitter.com/eIzBSVVEtP

Speaking to press, Riot Games shared that from a design perspective, the goal of Nilah was to create a League Of Legends skirmisher specifically designed for use in bot lane – unlike champions such as Yasuo, who is sometimes played bot despite being designed as a top or mid lane champion.

Riot added that it will be supporting Nilah as a bot laner “first and foremost”, and says she “shouldn’t really be blind pickable in other lanes”.

For countering Nilah, Riot says she will struggle against champions with high harassing damage, and she will be particularly susceptible to crowd control (CC) because she is melee.

Nilah will launch on July 13, and her launch skin will be Star Guardian Nilah.

Earlier in the week, Riot revealed that one day after the launch of Nilah, League Of Legends will celebrate its next Star Guardians event.