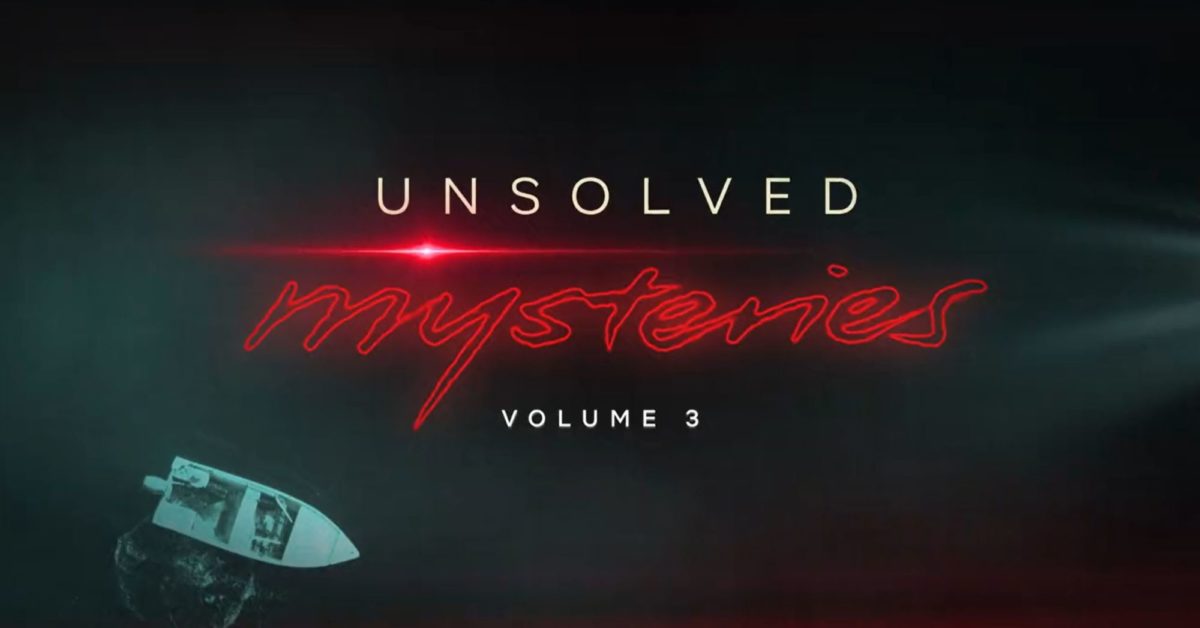 We now know the episode titles for Netflix’s Unsolved Mysteries volume three, a three-week event happening between October 18th and November 1st. A released teaser broke down the timeline and titles for the episodes being released within that three-week timeline.

The first week of Unsolved Mysteries volume three includes episodes “Mystery at Mile Marker 45”, “Something in the Sky,” and “Body in Bags.” The second week, which begins on October 25th, includes episodes “Death in a Vegas Motel,” “Paranormal Rangers,” and “What Happened to Josh?”. The final week, which begins on November 1st, includes episodes “Body in the Bay,” “The Ghost in Apartment 14,” and “Abducted by a Parent.” Although the episodes may be being rolled out differently this time around, the number of episodes and cases that may get an opportunity to get solved has grown. The website for tips to be given based on current podcast episodes and Netflix episodes remain up and active.

The iconic and gripping series returns with a three-week event featuring more unexplained deaths, baffling disappearances, and bizarre paranormal activity. Unsolved Mysteries volume 3 is from the creators of the original docuseries Cosgrove/Meurer Productions and 21 Laps Entertainment, the producers of Stranger Things. The original Unsolved Mysteries ran for 11 seasons and 260 episodes, chronicling over 1,000 stories and receiving six Emmy nominations. This modern take on the classic series seeks to maintain the chilling feeling viewers loved about the original while also telling the stories through the lens of a premium Netflix documentary series. Each episode focuses on one mystery and once again looks to viewers to help aid investigators in closing the book on long outstanding cases. The Unsolved Mysteries podcast continues to upload new episodes weekly on Wednesdays and is active with the cases on Twitter, often seeking any tips on those cases being covered. Volume three of the Netflix series premieres the first three episodes on October 18th.

Wiglett revealed for Pokémon Scarlet and Violet on a surprise stream