Modern Warfare 2 M16 loadout, best class setup and how to unlock the M16 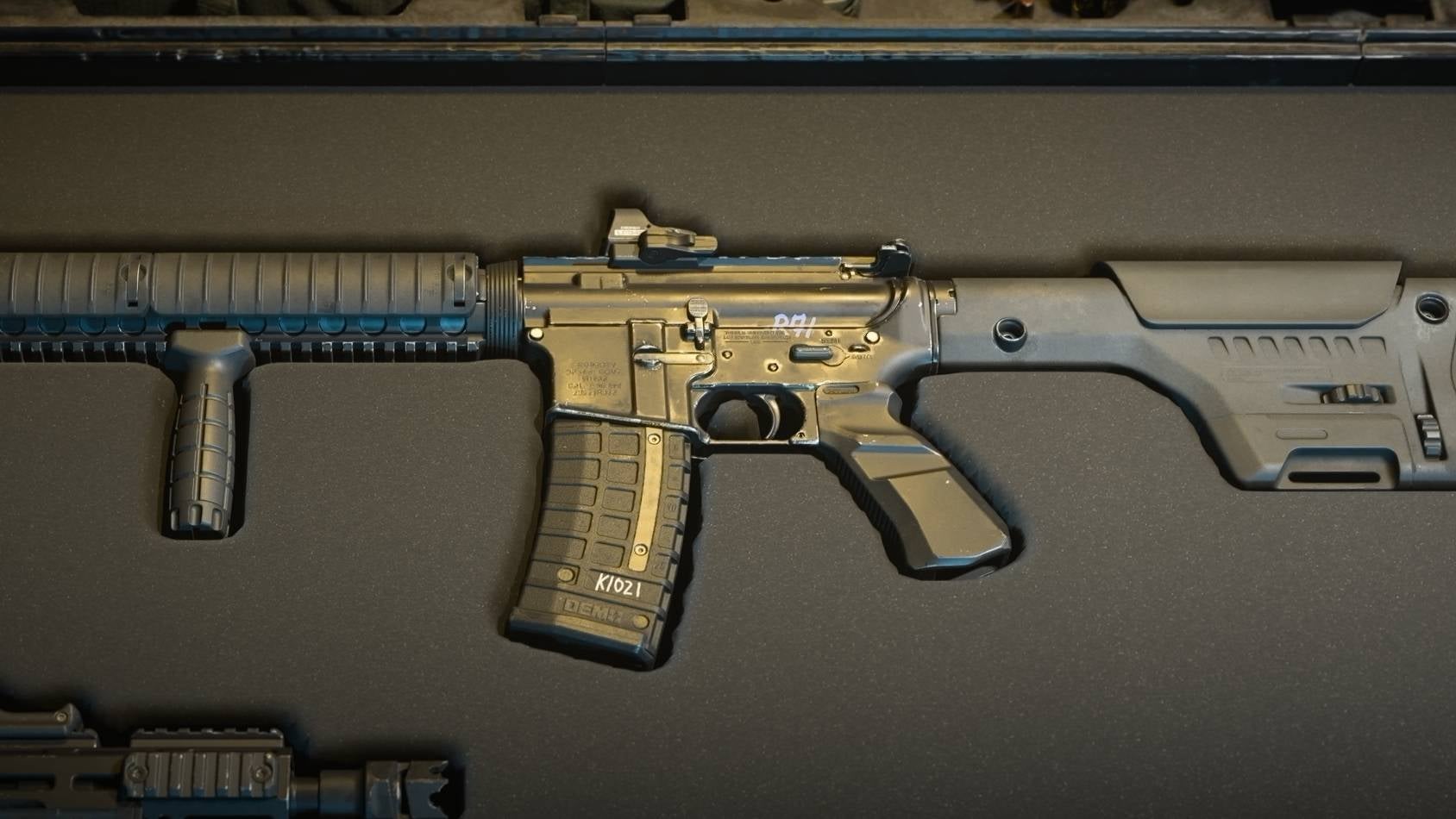 
The M16 is an assault rifle in Modern Warfare 2.


Much like in previous entries, the Modern Warfare 2 M16 features a three-round burst which results in a high Time to Kill (TTK), particularly when gunning for the chest and above.


With its effectiveness at mid-long range, it’s a versatile weapon for several modes.


However, there is a brief delay between each burst, making precision a must and close-quarters engagements more or less off the table.

This page explains how to unlock the M16 in the Modern Warfare 2 beta, as well as our recommendations for the best M16 loadout.

How to unlock the M16 in the Modern Warfare 2 beta

Unlocking weapons in Modern Warfare 2 – and by extension, its beta – is different from previous titles.


Several weapons, such as the M16, are now unlocked by using and levelling weapons within families known as ‘Platforms’.


Once unlocked, you’ll be ready to start levelling the M16 to open up its customisation options – it’s best to use the M16 for a few matches to level it up and unlock its attachment slots.


It’s worth noting – many attachments are unlocked by levelling other weapons, both in and outside of the M4 Platform.


With the M16 being a mid-long range weapon, the goal of our recommended M16 build is to bolster its sightline-dominant strengths.


Below is our recommended M16 build for Modern Warfare 2’s beta:


For optics, we’re pointing you toward a couple of options: the SZ Reflex is best for long-range engagements, especially where there’s cover and corners to mount for extra stability, whereas the Cronen Mini Red Dot is tailored to medium-range encounters, particularly if you’re on the move a lot, and is a good pick for objective modes such as Domination.


Additionally, there’s the Hybrid Firepoint, a scope that can toggle between a 4x zoom scope and holo sight. With the ability to swap between scopes on-demand, it’ll provide flexibility during matches, so it’s one to keep an eye out for.


When it comes to the stock, there’s a couple of options: the Corio Precio Factory is a good shout when it comes to longer sightlines thanks to its aim stability and recoil control bonuses. It does affect mobility however, but that’s where our alternative comes in.


Sacrificing some weapon stability for several buffs to aim, sprint, crouch movement, and aim down sight (ADS) speed, the Ordnance Ravage-8 is the perfect opposite, a good choice for mobile playstyles.


For rear grip, the XTEN Grip is handy thanks to its bonuses to ADS and sprint-to-fire speed. If paired with the aforementioned Corio Precio Factory stock, you’ll be able to offset this grip’s reduced recoil control, or you can double up on mobility if paired with the Ordnance Ravage-8.


Being able to mount a wall for an attack isn’t always an option, but with the underbarrel VX Pineapple Vert Grip, you’ll have increased control over the M16’s recoil. This is especially useful when paired with longer range scopes, where the gun’s kick is even more noticeable.


Whilst there’s not much choice in terms of ammunition, picking 5.56 Armor Piercing rounds for bonus bullet penetration is a no-brainer for the M16.


A potential alternative to the final attachment could be the 45-Round Mag for the Magazine slot. Whilst impeding movement and overall handling speed, having extended reserves with 15 rounds extra per mag helps not only for larger game modes, but also passive play.

Here are the recommended perks and equipment to make the best M16 class setup in Modern Warfare 2’s beta:


Whilst perk selection has changed in MW2, the fundamentals of equipping them remains the same as in previous titles.


For base perks, we recommend Overkill and Battle Hardened. The former allows you to carry a second primary weapon, whilst the latter reduces the effects of enemy tactical grenades.


Together, whether run-and-gunning or holding down sightlines, you’ll be less affected by sudden ambushes and have a backup weapon should you need to reload, especially key now that reload cancelling is gone.


Paired with the increased weapon swap speeds provided by bonus perk Fast Hands, responding with a secondary weapon is even more effective.


For the ‘Ultimate Perk’, there’s a couple of options: High Alert will keep you aware of when enemies spot you, but Hardline‘s reduced killstreak requirement is valuable, especially if racking up a lot of kills.


For a couple of good substitutes, Scavenger, replacing Battle Hardened, is great for aggressive playstyles, allowing you to replenish ammo from dead foes.


And if you’re willing to sacrifice weapon handling speed, Quick Fix‘s health regeneration on kill is a good pick to keep you in the action.


Thanks to Overkill, you can carry a second primary weapon. We recommend a close range option, namely the FSS Hurricane submachine gun (SMG) or Expedite 12 shotgun. Both are perfect, covering ranges where the M16 is less effective.


For your lethal, Semtex is one we found paired well with the M16 – sticking enemies with grenades is not only satisfying, but also allows for greater intentionality compared to a typical Frag Grenade, which often rolls or bounces away etc. resulting in a missed kill.


An effective pairing for Semtex in the Tactical slot is the Shock Stick, which sticks to surfaces, electrocutes enemies, and destroys equipment.


They’re good for catching oncoming enemies off guard for a quick ambush, or opening them up for a sweet, sticky Semtex kill.


Of course, if they don’t suit your playstyle, you can always opt for the traditional Frag and Flash or Stun Grenades, all very good in their own way.


Even moreso than lethal and tacticals, Field Upgrades are very much down to what you want during matches.


We’re going to recommend the Portable Radar, a quick-recharging piece of equipment that’ll ping a small area for enemy signatures, marking them on your radar.

Paired with some recon-based killstreaks such as the UAV, this will keep you alerted to oncoming enemies, so long as they don’t have the Ghost perk equipped, hiding them from UAV and Portable Radar sweeps.


As with all equipment, like killstreak selection, pick based on your playstyle and preference.

Since the goal of this loadout was to be flexible at all ranges too, there’s more freedom with how you enhance the loadout, so don’t hesitate to mix and match with the various options available.

How to do a low driven shot in FIFA 23

Overwatch 2 SMS Protect: What is it? Why does Blizzard require my phone number?

How to Build Kiwi from Cyberpunk Edgerunners in Cyberpunk 2077