Michael Jai White Is Running From His Past 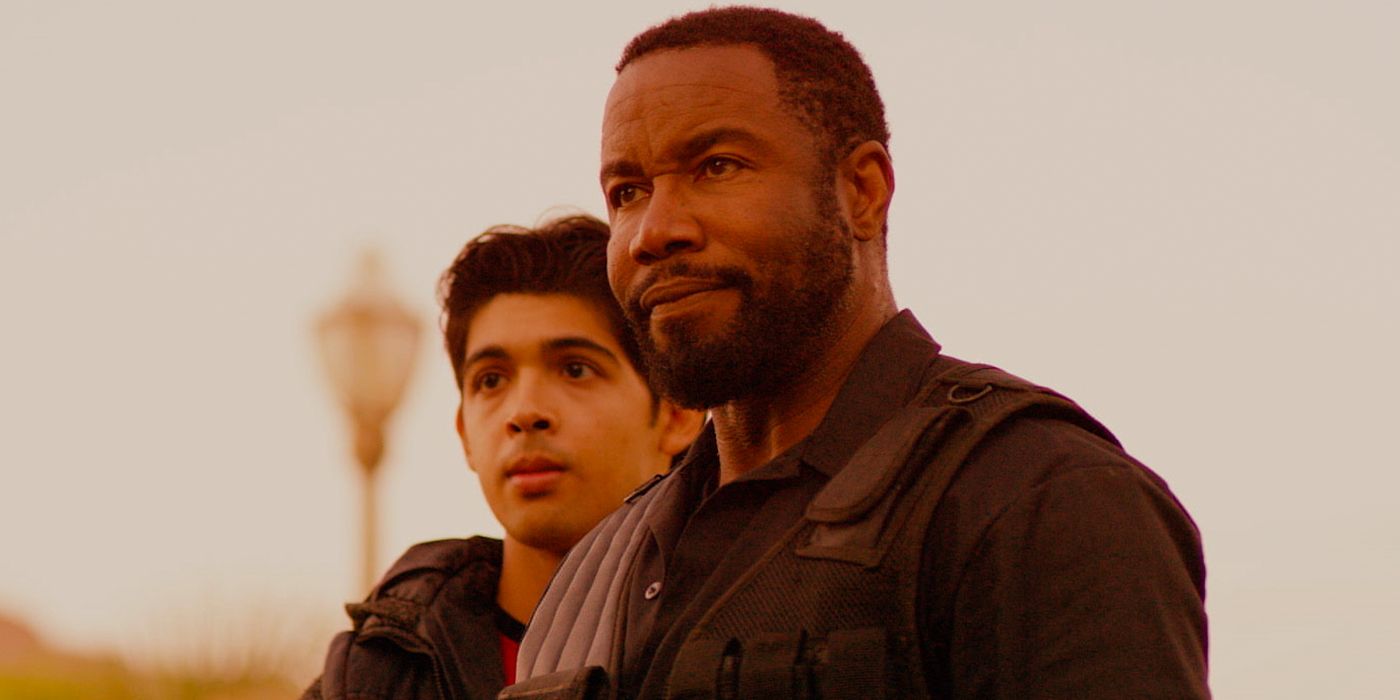 Collider can exclusively reveal the trailer for Michael Jai White‘s latest film As Good As Dead which sees the action star taking on the classic role of a former cop with a violent past. In his pursuit of a quieter life, he meets a troubled kid and vows to keep him on the straight and narrow by giving him guidance and teaching him martial arts. Before long, however, his enemies catch wind of where he is and his complex past catches up with him. The footage shows his fight to keep everyone safe and finally take back his life.

The trailer kicks off with Bryant (White) training in the desert with an unexpected partner. He meets Oscar (Luca Oriel) and agrees to take him under his wing under the condition that he will not use the techniques in the upcoming fighting competition. Desperate to win, Oscar ignores his advice and unwittingly attracts the wrong kind of attention. Video of the event reaches Bryant’s worst enemies who realize only one person could’ve taught Oscar the techniques he used. Using the location, they track down the former cop who took down their boss and finally look to take him down.

This is an action film from White so, of course, the last bit of the trailer is all about the star using a mix of martial arts, marksmanship, and resourcefulness to effortlessly dispatch his enemies. In the fight, however, Bryant’s friends, including his protégé Oscar, end up in the crossfire, making the fight all the more critical. Nothing slows down the former cop though, prompting a comparison to Rambo from his friend (Guillermo Iván). He ends the trailer with a groaner of a joke, referring to Bryant as “Rambro” before quickly apologizing.

RELATED: Michael Jai White and Edoardo Costa Duke It Out in First Image From ‘The Island’

White is no stranger to both writing and starring in over-the-top action films. He’s best known for his 2009 parody actioner Black Dynamite which turned the Blaxploitation genre on its head with a truly wild tale about the greatest Black action hero and his quest to clean up the streets after a new drug spreads through his community. It eventually went on to become a successful animated series as well with White and much of the cast reprising their roles. Beyond that, he’s also made appearances in superhero films like The Dark Knight and in Spawn as the titular anti-hero.

Cast and Crew for As Good As Dead

Joining White, Oriel, and Iván in the upcoming film is Academy Award nominee Tom Berenger alongside Louis Mandylor. R. Ellis Frazier, who previously produced Cops and Robbers which had both White and Berenger among its cast, directs from the script White penned.

As Good As Dead is due out in theaters and through VOD and digital on December 16. Check out the trailer below.