Mega Latias and Mega Latios are coming to Pokémon GO 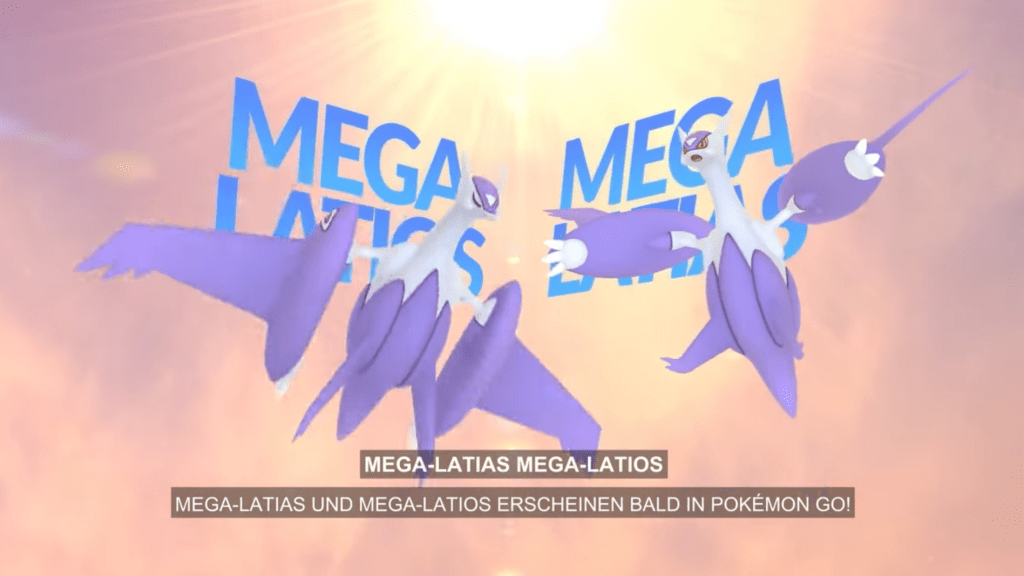 Mega Latias and Mega Latios are coming to Pokémon GO in May 2022 – a prematurely unlocked video on the game’s German YouTube channel has revealed the double debut.

The details of GO Fest 2022 leaked to the press early, data miners knew about the big update to Mega evolutions, and now the official German YouTube channel for Pokémon GO has revealed the introduction of Mega Latias and Mega Latios in May 2022 early. Niantic can’t catch a break.

The legendary Pokémon will appear in their Mega evolutions in the game’s Mega Raid battles from May 3 to May 10, 2022, and it’s quite possible the regular versions will appear in the Tier 5 Raids at the same time. Currently, Shadow Latias is also available as a reward for defeating Rocket boss Giovanni in the game.

Both creatures retain their Dragon and Psychic hybrid typing in their Mega Forms. In the video, you can see that Mega Latias will have 56,399 competition points (CP). Despite the general weakening of Mega Raids in the latest update, this puts the legendary monster on par with the old Mega battles – fitting, considering their status

The debut of the two Pokémon will take place as part of the Air Adventure event, which will probably open up the game’s content in May. For now, Mega Kangaskhan can be found in Mega Raids until May 1. May’s content has not been revealed at the time of writing.

Written by Marco Wutz on behalf of GLHF.

Denial of responsibility! Gamers Greade is an automatic aggregator of the all world’s media. In each content, the hyperlink to the primary source is specified. All trademarks belong to their rightful owners, all materials to their authors. If you are the owner of the content and do not want us to publish your materials, please contact us by email – [email protected]. The content will be deleted within 24 hours.
glhfpokemon govideo games
0
Share Google News FollowFacebookTwitterEmailWhatsAppReddItPinterestTelegramFacebook MessengerLinkedinTumblr