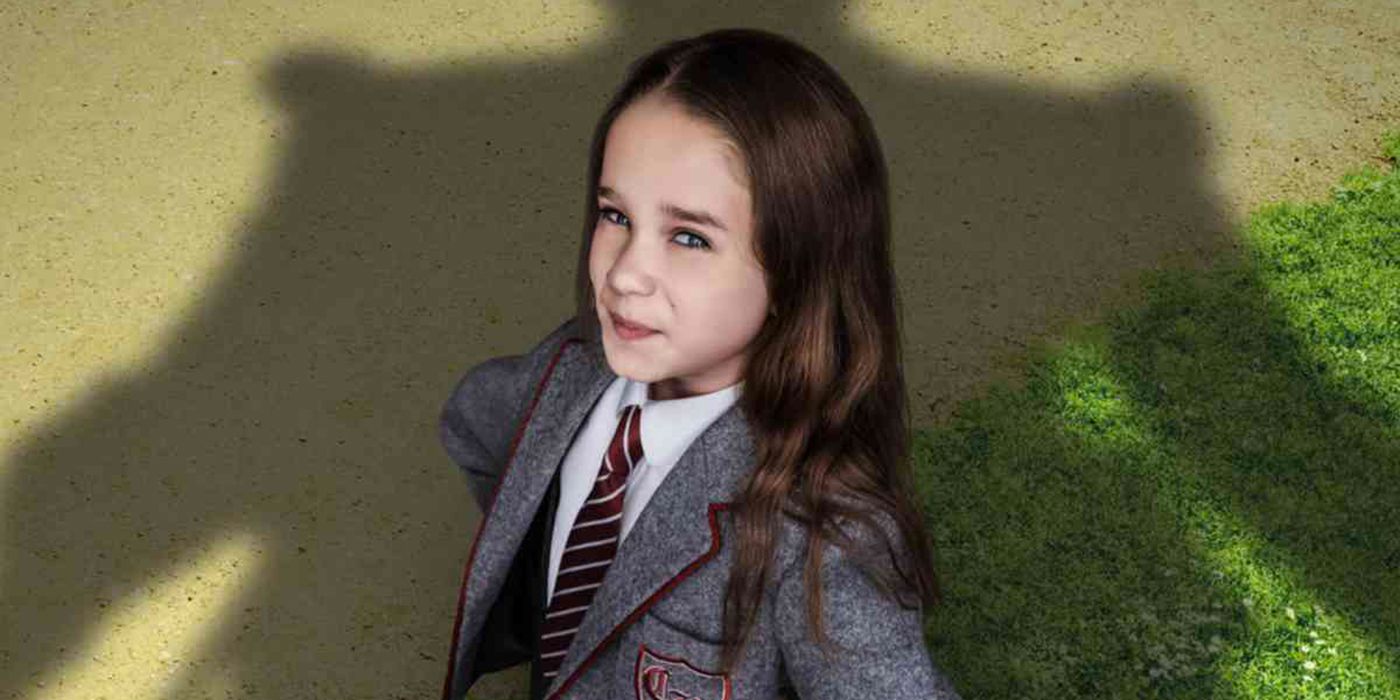 If you’re a musical theater fan or simply have a TikTok account, there’s a very high probability that you’ve recently spotted a clip from Roald Dahl’s Matilda the Musical. The high-energy moment reveals several of the child actors absolutely smashing choreography down a hallway to the musical’s song “Revolting Children”. While all the kids do a stand-up job, one young woman, in particular, has made the short video go viral: that being Meesha Garbett, aka Red Beret Girl. In a behind-the-scenes look released today, Netflix pulled the curtain back on the musical number that everyone’s talking about, using a split screen to show the finished product with a rehearsal take running below it.

Dancing into the hallway like a boss, Garbett is flanked by several other dancers as they make their way down hitting every move to a T. While they may not be in full costume and makeup, the cast members are still wearing school uniforms with long skirts which can’t be making the choreography any easier. As the leading group bursts out into the main room, they’re joined by a slew of other young performers, with kids front flipping, back flipping, and making my back hurt just thinking about it. We end up outside the school for the final shots with Red Beret Girl once again leading the charge, nailing every move.

While movie musicals may be hit or miss, Matilda the Musical has marked itself as a major hit during the early days of its U.K. theatrical run. Across the pond, the film smashed the box office during its opening weekend just days ago when it raked in a whopping $5 million, knocking Black Panther: Wakanda Forever from its throne. Despite there being a few differences between the film musical and the stage production, and the fact that they didn’t ask Danny DeVito and Rhea Pearlman to audition with a song and dance (you know they would have), fans are still eating up the story of the little girl who just wanted to read.

RELATED: Alisha Weir Is a Precocious Troublemaker in ‘Matilda the Musical’ Images

Alicia Weir stars as Matilda Wormwood, a young girl with a terrible home life who keeps things light and bright on the playground at school. Unfortunately for her and the other students, the cruel Miss Trunchbull (Emma Thompson) rules over the schoolyard with an iron fist and sadistic punishments. But, she meets her match with Matilda who has telekinetic abilities that allow her to take the headmaster head-on.

Along with newcomer Weir and Academy Award-winner Thompson, the musical feature also stars Lashana Lynch as the kind Miss Honey who shows the children care and compassion as opposed to the brutality of Miss Trunchbull. Adrea Riseborough shines as Matilda’s narcissistic mother Mrs. Wormwood, and Stephen Graham sells it as Matilda’s father, the clueless and skeevy Mr. Wormwood. Tony Award-winner Matthew Warchus (God of Carnage) served the production as its director.

Try to get “Revolting Children” out of your head after you watch the clip below, and keep scrolling to see the film’s trailer. Matilda the Musical hits U.S. cinemas on December 9 before dancing onto Netflix on December 25.