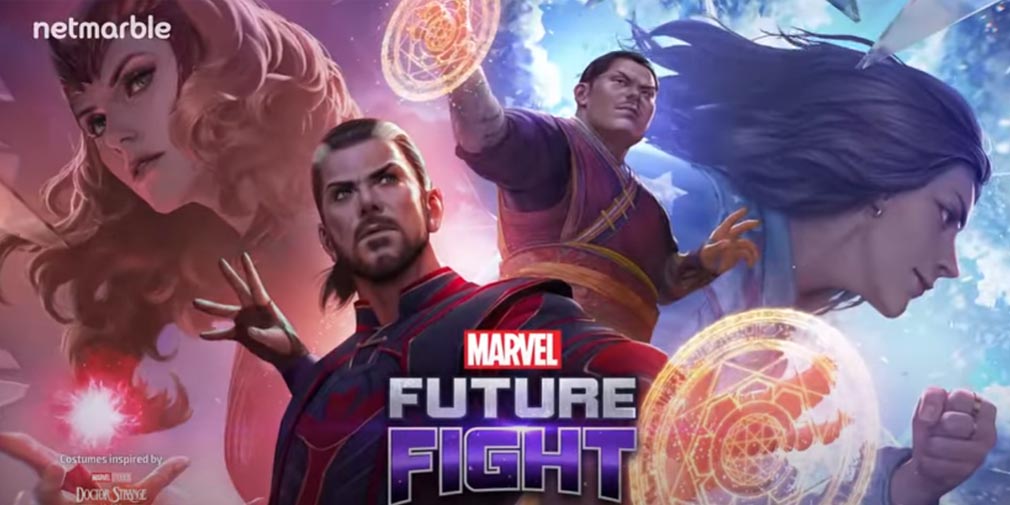 Netmarble is inviting players to celebrate the upcoming theatrical release of Marvel Studios’ Doctor Strange in the Multiverse of Madness with themed content updates to Marvel Future Fight. The mobile RPG brings new uniforms and other improvements that sync with the highly-anticipated movie, providing a more immersive experience for players all over the world.

In Marvel Future Fight’s latest update, players can expect to acquire fresh uniforms inspired by the film, which includes outfits for Doctor Strange, Scarlet Witch, Wong and America Chavez. Players can now advance Wong to Tier-3 as part of the new update as well.

Additionally, the new Multiverse Invasion co-op mode lets players form a team of three in order to clear challenges in real-time. On the other hand, the Co-op Play and World Boss Invasion modes will be retired. In line with this, the MARVEL UNIVERSE feature now lets Agents view their Superheroes and their items conveniently.

In case you’re not familiar with the game, Marvel Future Fight is a hit action RPG on mobile that puts both Super Heroes and Villains from the Marvel Universe front and centre. Players can collect more than 200 characters to add to their squad and use them in battle.

If you’re eager to give the new update a go, Marvel Future Fight is available to download on the iOS App Store and on the Google Play Store for Android devices. It’s a free-to-play game with in-app purchases. You can also have a look at the trailer above or the official website to stay updated on all the latest developments.

Are you on the hunt for more similar titles that will put your skills to the test on your mobile device? Why not take a gander at our list of the top 25 best RPGs for Android phones and tablets?