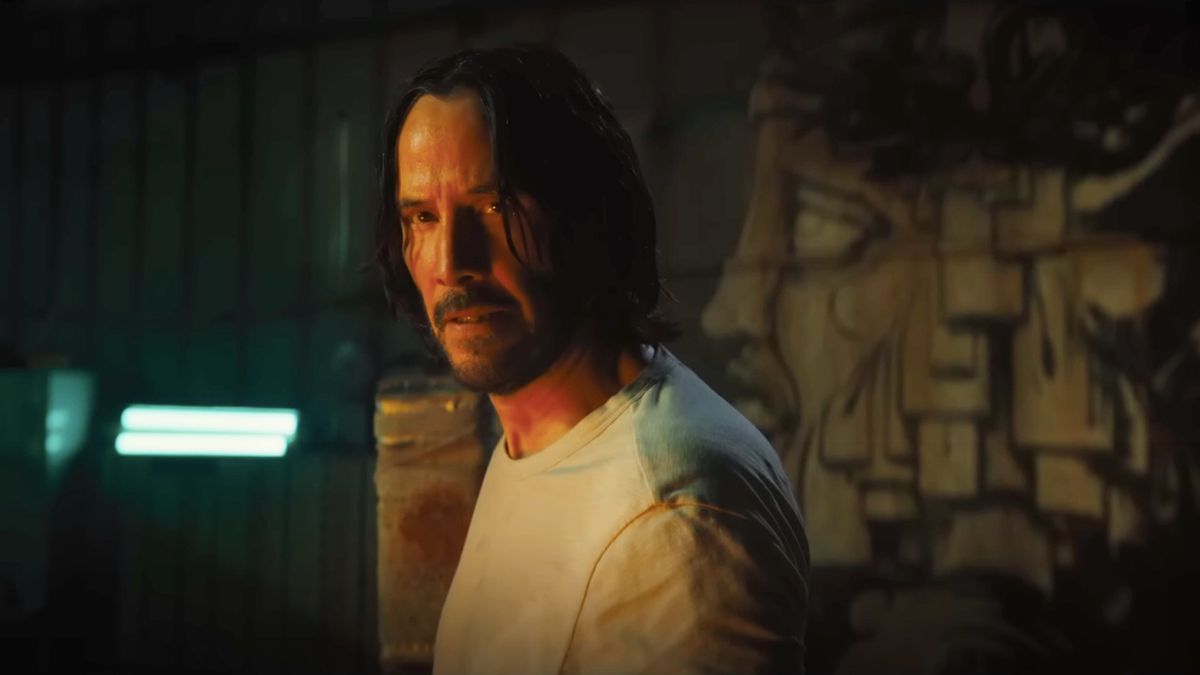 The John Wick series has always been a high-performance machine that outdoes itself with each entry. Keanu Reeves’ once-retired hitman sees the stakes increasing and the action getting more brutal with every continuing installment’s debut. The upcoming movie John Wick 4 is no exception, as director Chad Stahelski recently opened up about the pressure to find new and crazy action sequences for his star to pull off.

While speaking with THR about his work producing the recent Netflix hit Day Shift, a detour into Stahelski’s third solo outing as a John Wick director was bound to happen. The hotly anticipated fourth entry of the saga, which was delayed into 2023, John Wick: Chapter 4 is going to have its work cut out for it on the action end. Commenting on what that process has been like this time, Chad Stahelski had this to say:

Judging by the trailer for John Wick 4 released at this year’s San Diego Comic-Con, it looks like the challenge of escalating the action has been met yet again. This is especially true of those small glimpses we’ve gotten of Keanu Reeves in action against Donny Yen, one of many new John Wick cast members who are itching to cash in that bounty on poor Jonathan’s head.

And yet, reading through the teases of the peril that Chad Stahelski dropped in that quote above, it feels like John Wick: Chapter 4’s trailer is kind of underselling the ride ahead. If this is what Stahelski is comfortable with divulging under a year out from release, what’s hiding in the shadows? Whatever it may be, at least Lionsgate’s suits trust Team Wick to stick the landing, no matter how outrageous the task sounds.

In a sequel where waterfalls, biting dogs, and drifting around Paris landmarks is on the table for open and free discussion, the next John Wick movie has to be hiding something amazing. It’s the game that Chad Stahelski and his team play every time out. While he’s certainly not going to bitch and moan about it, you can bet that all involved are going to put the pedal to the floor and keep aiming higher with every new film.

John Wick: Chapter 4 will be arriving in theaters on March 24, 2023, with John Wick 5 still very much on the menu. It won’t be the back-to-back experience that was previously promised, but that just means there’s more time to really boost the stunts for that movie’s script. That could also mean potentially bringing back Halle Berry’s Sofia, who sadly will not be in John Wick 4.