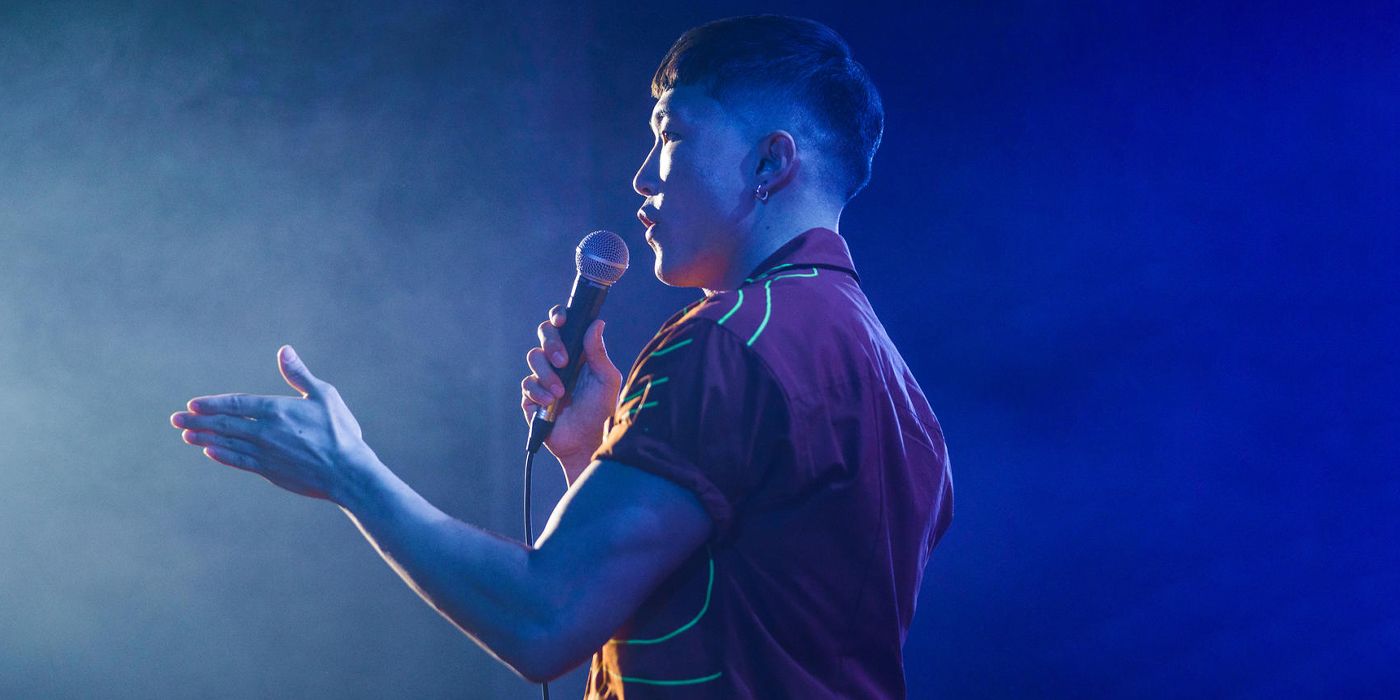 Before making the trip out to Fire Island with Bowen Yang and company later this year, Joel Kim Booster swung by Catch One in Los Angeles to film his first-ever comedy special for Netflix. The multitalented actor and producer has done sets before for Comedy Central, but he’ll make his Netflix debut with Psychosexual, an hour-long special about sex, sexuality, and his Asian heritage. The special will premiere on the streamer on June 21.

Kim Booster’s first crack at Netflix comedy will be a three-act comedic buffet for viewers in which the comedian discusses the cultural nuances of being Asian he’s learned as he’s gotten older. Much like his Comedy Central acts though, much of the special will lean on his brand of comedy centered on sexuality. In this special, he’ll wax poetic about threesomes and give his specific tips for the best masturbation, all while sharing his general fascination with human sexuality. Given Kim Booster’s previous work and aversion to working as a “clean” comedian he spoke about in a previous interview with Collider, Psychosexual is going to be a raunchy romp of a special. In that interview, he had this to say about his style of comedy and how it’d be impossible for him to do cleaner standup:

I don’t think I would be a comedian if I had to work clean, if that were a requirement, honestly. It is a constant struggle for me. I can replace the word, but I think it’s the subject matter in general. My entire act, I think, is in part a reaction to puritanical values in general. I grew up in an extremely sheltered house and an extremely evangelical legalistic… These are the things you cannot say. These are the things you can not talk about.

Kim Booster has become an increasingly large name in comedy and this new Netflix special is only likely to reinforce that. Fire Island will be his next big role on June 3, sending him out to the titular island to find love while overcoming the classist ideology that has swept over some island-goers. He has an established relationship with Netflix, lending his voice to their long-running animated comedy Big Mouth, though he also has several titles under his belt with Hulu and HBO Max in Shrill and Search Party respectively. Kim Booster was also on board Kal Penn‘s Sunnyside for its brief run.

Xbox Support Thanks Gamers For Patience As Xbox Live Gets Fixed