How To Unlock Exclusive Weapons For Each Class 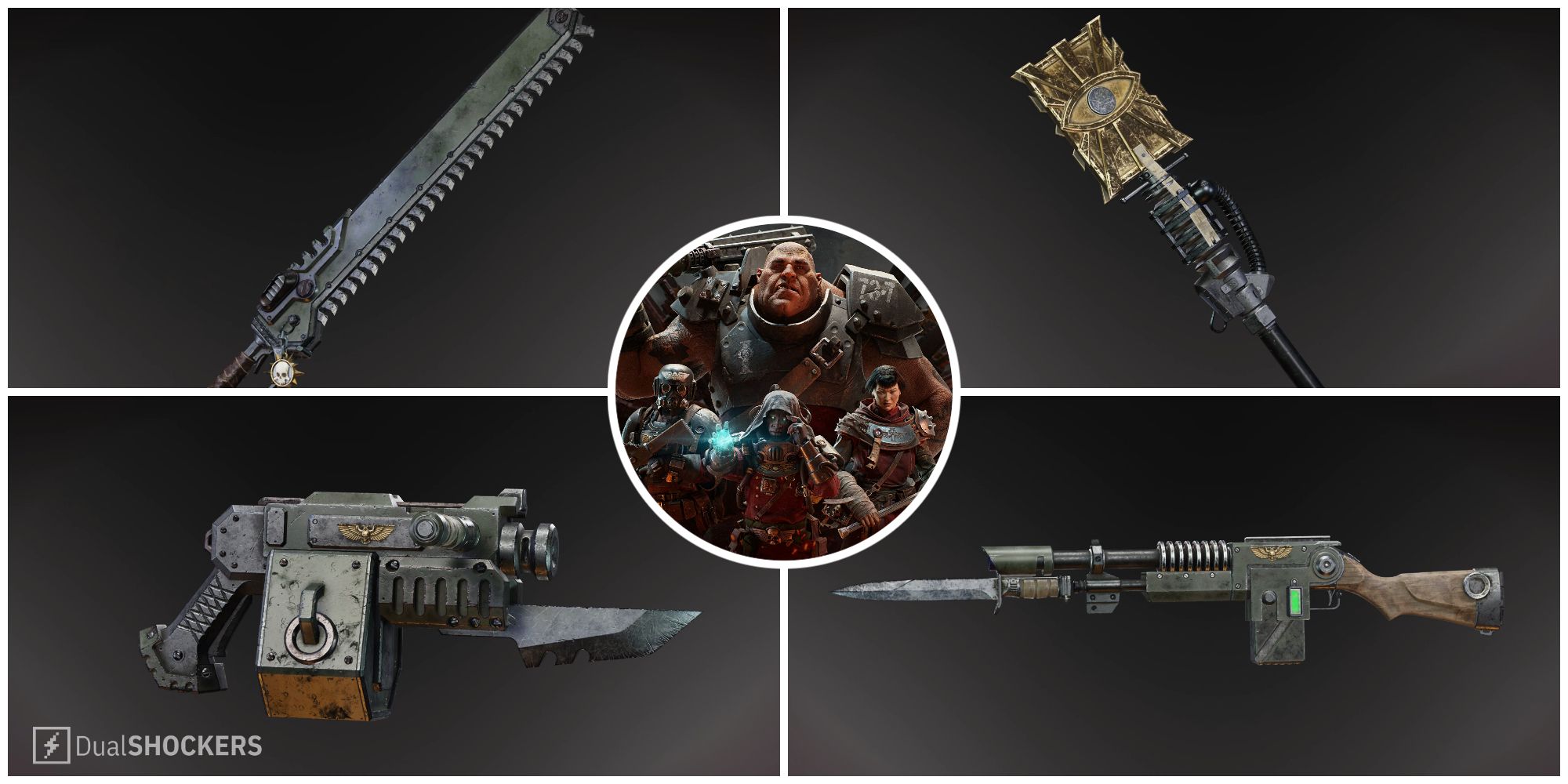 There are a lot of weapons exclusive to specific classes in Warhammer 40K: Darktide, but how do you get them?

Although some players may be disappointed that Warhammer 40K: Darktide launched with fewer weapons than expected, there are definitely still plenty of swords, axes, and firearms to choose from. And that’s not even including all the unconventional weapons like Force Staves and Flamers. All in all, there are 65 different weapons to choose from, which is quite a respectable number all things considered.

The reason why it may seem like Darktide doesn’t have enough variety is because a lot of the weapons are exclusive to a particular class. So, for instance, if you’ve only been playing an Ogryn or a Psyker you’ve been missing out on weapons like Flamers and Plasma Guns because they are exclusive to the other two classes. Similar to special abilities and cosmetic items, exclusive weapons help make classes feel very different from each other.

How To Unlock Class-Exclusive Weapons

Darktide is all about slow but meaningful character progression. Every time you gain a new level you can expect to be rewarded with a new cosmetic item, skill point, Curio slot, access to a new type of weapon, or maybe even just a little cutscene as a means of congratulating you for your progress so far. Every once in a while, your reward for leveling up will be the ability to buy weapons that are exclusive to the class you’re currently playing.

It’s important to emphasize that you will need to buy the weapons. At least in most cases. Unlocking an exclusive weapon simply means that it may now become available to purchase from the Armoury Exchange or Sire Melk’s Requisitorium. However, there’s no guarantee that either of those places will have it in stock when you visit them. Both shops rotate items on a regular basis so make sure to check back later if the weapon you’re looking for isn’t in stock.

Since you don’t have to do anything special to unlock exclusive weapons, everything boils down to your character. Unfortunately, Darktide doesn’t offer players a way to see which weapon unlocks at which level. Don’t worry, though, because all that information has already been compiled and sorted neatly down below for your convenience.

Related: Warhammer 40K Darktide: How To Upgrade Weapons And Curios