‘Here we are once again!’ John Barnes hits out over taking the knee | TV & Radio | Showbiz & TV 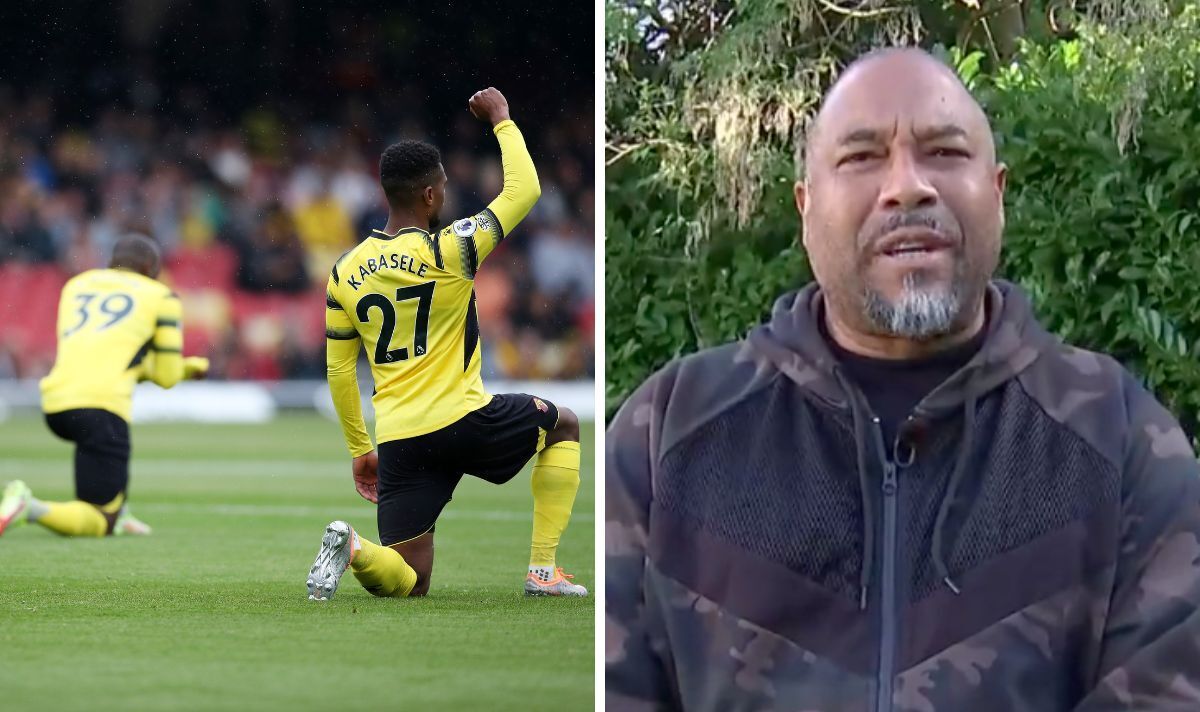 The former professional football player spoke to Good Morning Britain presenters Kate Garraway and Ben Shephard on the recent decision for Premier League players to no longer take the knee before every match. During his interview, he said people are more concerned about the gesture than the problem of racism.

For the last two seasons, people have witnessed teams take the knee before every match.

The gesture is a protest against racism which usually happens on the football pitch.

However, taking the knee will only be seen before specific matches starting from the 2022/23 season.

Speaking about the announcement on Good Morning Britain, the hosts wanted to find out Jon’s thoughts on the decision

Ben said: “It’s happening more though, not enough because we need to make sure it stays on the agenda.

“But the fact they started doing this gesture in a number of sports as well and where it came from, that conversation is building momentum and they are trying to tackle it.”

However, John disagreed as he told the presenters he doesn’t think momentum on tackling racism within the sport is building at all.

He slammed: “We’ve been taking the knee now for 18 months? I don’t think the conversation has even started.”

The 58-year-old stated the conversation has always been the question of whether or not footballers should take the knee.

He added: “So, therefore, when we’re talking about momentum building, momentum is not building at all!

“Momentum hasn’t started because we should be talking about why we take the knee and how we’re going to change it.

“We have to dismantle the widely held theory of racial agenda and equality and we’re not talking about that.

Taking the knee was seen week in and week out after the restart of the Premier League season in 2020.

However, the league’s clubs and team captains have decided it won’t happen before each match in fear it’s losing its impact.

In a statement, the Premier League stated taking the knee will only happen during significant moments.

They said: “Ahead of the new season, Premier League club captains have reaffirmed their commitment to fighting racism and all forms of discrimination.”