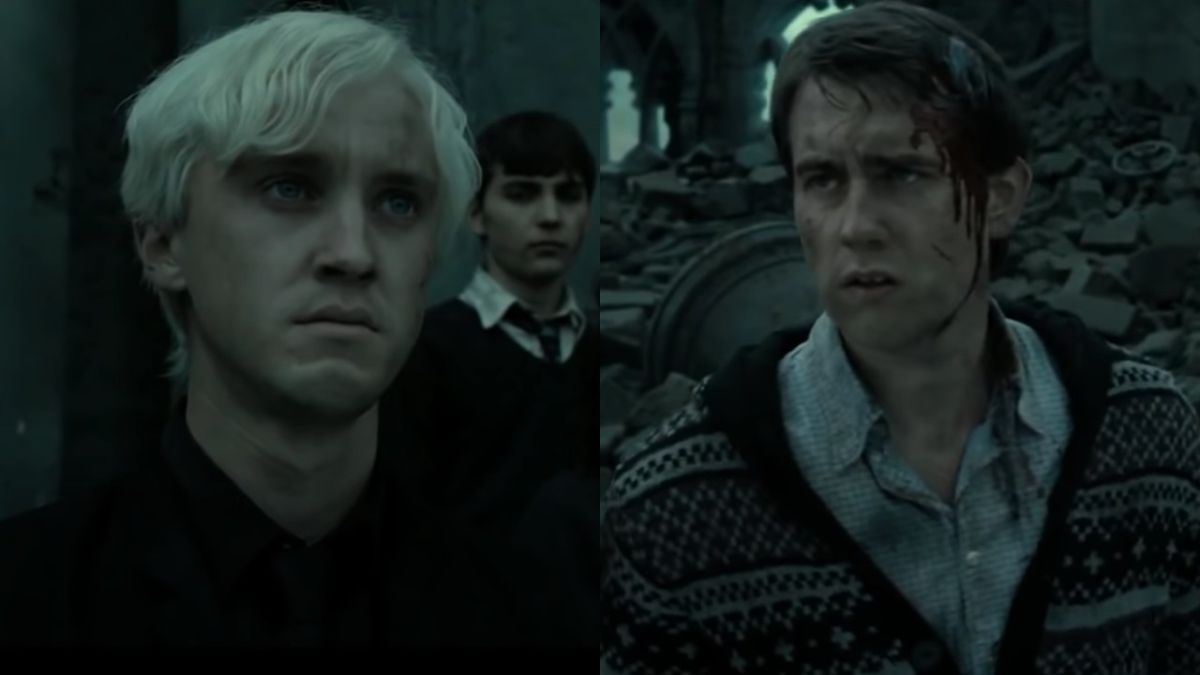 It’s pretty common knowledge at this point that, for the most part, Gryffindors and Slytherins don’t mix. In fact, they typically end up as enemies in the world of Harry Potter. But in real life they get along just fine (the Harry Potter reunion captured so much adorable evidence of this). Harry Potter franchise stars Tom Felton and Matthew Lewis are defying their on-screen Hogwarts houses, as they recently reunited for a little sporting rivalry and the pics look like they’re having some great fun.

Both Matthew Lewis and Tom Felton posted pics of the two Hogwarts alums together, and it’s obvious that the two have some serious love for one another. Even so, there is some Harry Potter rivalry going on between the two, because in their captions they ask fans to choose between Team Felton and Team Lewis.

You can check out Matthew Lewis’ Instagram post below, where he and Tom Felton are in the middle of a game of Nintendo Switch sports. While they’re playing a video game, they still geared up with matching sweat bands and the classic all white tennis outfit. You can see the adorable pair in the post below:

As stylish as the two look in Matthew Lewis’ action shot, Tom Felton shared another pic of the two in the locker rooms with another matching clothing item. Hanging behind the two are personalized shirts with their names on the back. Check it out:

The photoshoot and resulting Switch match between the two Harry Potter alums is a part of a promotion for Nintendo’s Switch Sports launch. It seems like there will be more coming from the stars for the partnership with the video game company too, because Tom Felton tells fans to stay tuned for the result of the rivalry.

The absolute chokehold that the Harry Potter stars have on the fandom is clear, because both stars’ posts are flooded with fans committing their loyalty to either Tom Felton or Matthew Lewis. While it would take quite some time to get through all of those comments, it appears at a glance that Tom Felton is going to take this one. Most of the fans in his own comment section seem to be siding with him, as well as a good portion of fans in Lewis’ post.

This apparent victory for Tom Felton actually makes a lot of sense. He may be a Slytherin (or former Slytherin), but he is all about his fans and his connection to the Harry Potter franchise. Felton regularly revisits his time as Draco Malfoy and posts throwbacks for fans to enjoy. Felton is arguably the most Potterhead Harry Potter star, and the sentiment goes a long way with fans.

Tom Felton and Matthew Lewis both reunited previously for Harry Potter 20th Anniversary: Return to Hogwarts (which you can watch with an HBO Max subscription), along with a number of other cast members, and it seems to have opened the door for further reunions amongst each other. It seems that being a part of the magical world of Harry Potter has formed a connection for the people involved that lasts a lifetime, even if years pass between reunions. I can’t wait to see what’s next for the stars’ relationships with one another, and I’m hoping for more rivalry updates from Felton and Matthew Lewis.

Bam Margera Is Back In Rehab, But What Did The Jackass Star Do On The Day He Escaped?