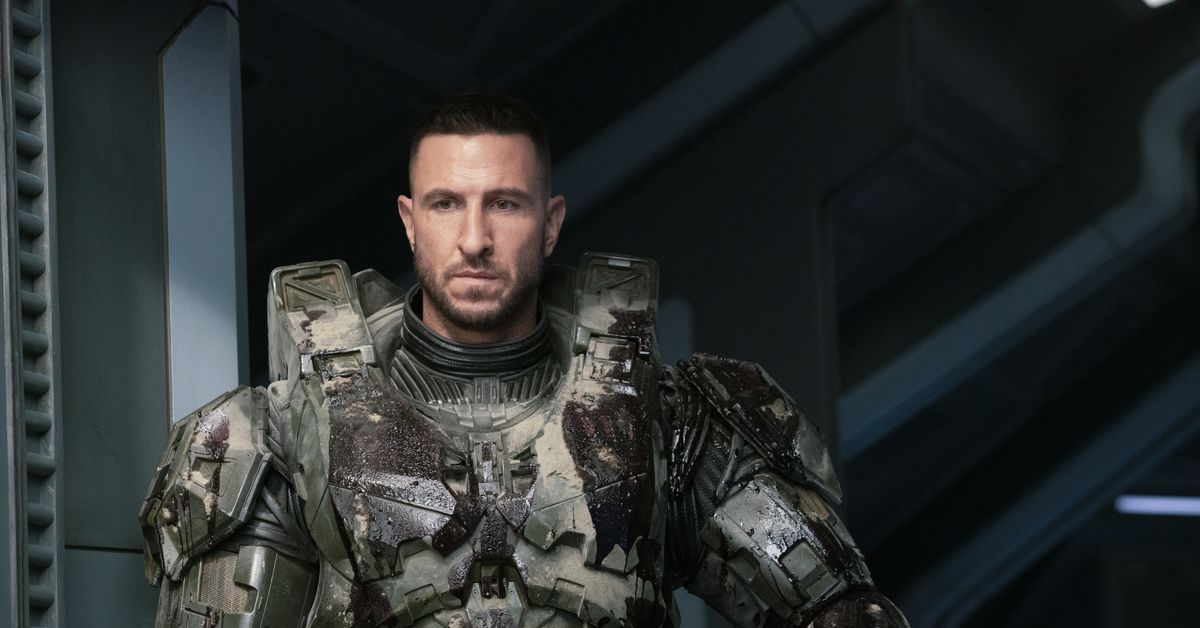 The latest episodes of Moon Knight and Halo both grapple with repressed childhood trauma and demonic mothers. One is held back by its desire for as broad of an audience as possible, keeping the heavy material and its potential emotional impact at an arm’s length. The other is Halo.

Master Chief/John and Marc Spector/Steven Grant are finally confronting emotional scars from their childhoods while coming to grips with the reality of who their maternal figures actually are instead of who they perceived them to be. They also both have a second person in their head who they often fight against, and who has a very different relationship with said mother figure.

But while Marvel’s house style gets in the way of Moon Knight’s efforts, Halo shines — not only through its lead performances, but in its willingness to lean all the way in with jarring editing and sound design to enhance the fractured experience of its protagonist. In “Solace,” the sixth episode of the Paramount Plus show, Pablo Schreiber plays the character with all the rage and confusion of a child who has just discovered how messed up the world is. His outstanding lead performance — coupled with the show’s strongest handle yet on its cinematic language — makes “Solace” a standout episode and a compelling case for skeptical viewers to give the sci-fi show another chance.

In “Solace,” John (Pablo Schreiber) is not well. After a deadly attack by the Covenant in the fifth episode and the continued unraveling of his repressed childhood memories, he is visibly shaken and quick to lash out at those around him (many of whom are simply asking him if he’s all right).

But the episode portrays his downward spiral with delicate care and a keen eye. “Solace” opens quietly on John’s face, set against a black background, with blood on his uniform. He is pained and deep in thought, his face twitching as he pores over his newly recovered memories of his childhood kidnapping by Dr. Halsey (Natascha McElhone, clearly having the time of her life playing one of the most despicable antagonists on TV). The room is dead silent around him despite the presence of people — all we can hear is his memories and a painful ringing. His hand shakes as he thinks of the artifact, and he responds to a smile from Halsey with a look of sheer murder.

Suddenly, a hand reaches out to grab his arm, and the scene we’re in comes to life. Kai-125 (Kate Kennedy) is on an operating bed after being injured in the previous episode. Sights and sounds from the chaos emerge at once, overwhelming us just as they overwhelm John. People are screaming in pain, machines are beeping. It’s finally enough to wake up John, just for a moment, as he squeezes Kai’s hand. But then he’s back in his own head, as Cortana tells him he’s ill and needs medical attention.

“Solace” effectively depicts John’s internal struggle through an unsettling approach that often puts us directly inside his head, with jarring juxtapositions between his memories of his childhood and his experiences in the present. Couple that with the tangibility of real costuming and sets in Halo (and contrasted with the MCU’s heavy reliance on visual effects and green screens), and Halo feels like an actual television show — which should not be as high praise as it is, but that’s where we’re at.

Despite being on the verge of a breakdown, John makes no time for his own well-being, caught up in his past with a mystery to solve. He will stop at nothing to get to the bottom of how he got to where he is and what happened to his family, including nearly killing Halsey simply to test Cortana’s limits. When he finally finds his answers, it brings him no comfort, only misery. But misery loves company, and the end of “Solace” suggests John may have found that, too, in fellow “Blessed One” Makee (Charlie Murphy).

Halo was counted out by many (even here at Polygon) after its first few episodes, as the show juggled multiple storylines with no clear sense of identity. While it invoked the lore of the video games, it seemed keen on building out something wholly new, leaving audiences little to hold onto. But now that John’s story has come into clearer focus, the series has tightened its storytelling, both in plotting and in its use of jarring cuts to unsettle viewers and immerse them in his internal turmoil. As John continues to learn more about his past, he learns more about who he is and who he wants to be, and the show seems to be learning those same lessons about itself along with him.

After a shaky start, Halo has hit its stride with a strong combat-filled episode 5 and a stellar, tension-heavy episode 6, making it one of the more enjoyable action shows this season. If you decided to pass after the first few slow-moving episodes, consider giving it another shot.