GB News host hits out at backlash to William and Kate’s portrait ‘What are they on about!’ | TV & Radio | Showbiz & TV 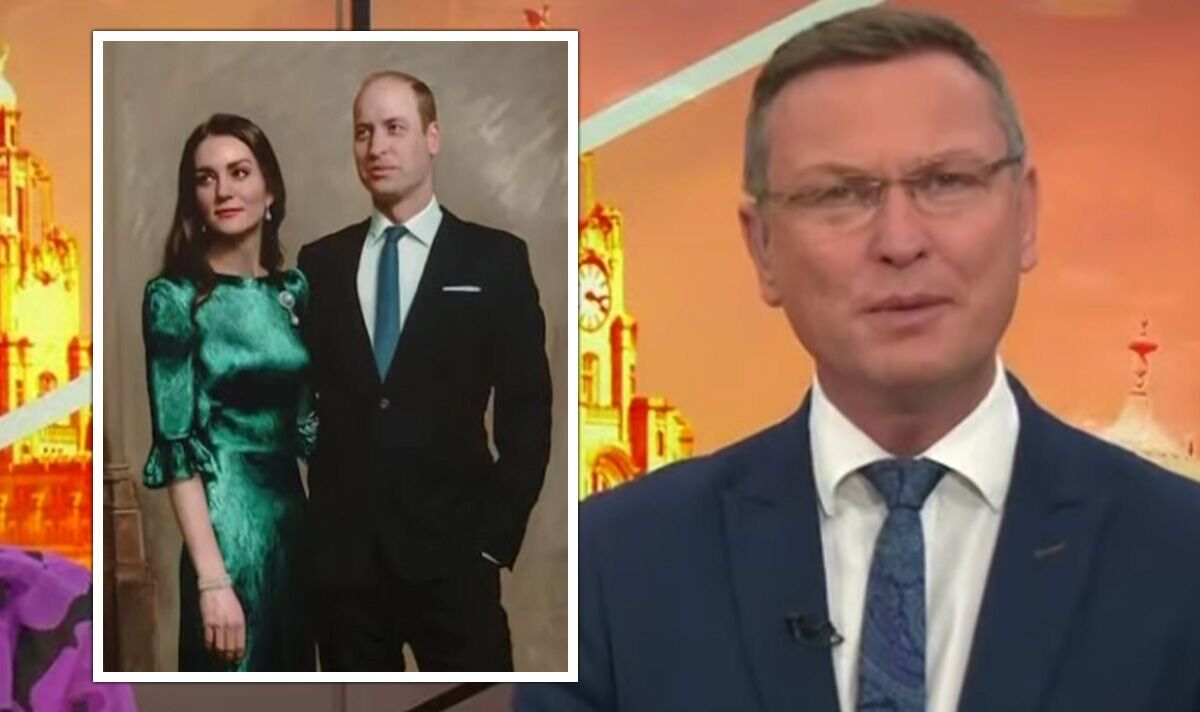 Prince William and Kate Middleton have unveiled an “enormous” joint portrait of themselves as a gift to Cambridgeshire. The portrait was painted by award-winning artist Jamie Coreth and was discussed by presenters Anne Diamond and Stephen Dixon on Friday’s instalment of GB News. Stephen blasted critics who have said the portrait makes the Duchess look “less authoritative” than the Duke.

As they were admiring a picture of the portrait, Anne told GB News viewers critics have demanded the artist apologise to Kate as she is “looking subservient almost to William”.

However, Stephen said: “I’d like to go and see it. It must be about 10 or 12 feet tall, it’s bigger than life-size and absolutely enormous.

“It looks stunning,” he added. “The critics, I think, don’t know what they are on about.”

The public will be able to see the portrait at the Fitzwilliam Museum for an initial period of three years before it is exhibited in other community spaces around Cambridge.

Discussing the criticism toward to portrait Anne said: “Yes, William is there striking an alpha male pose, looking very relaxed but also authoritative, and Kate is sort of cuddling up to him slightly.

“Critics say it is making her look not quite as important as him, but he is the future king.

“That might be overdoing it really as I think she just looks lovely.”

The artist behind the portrait said it was the most extraordinary privilege of his life to be chosen to paint this picture.

He said on Thursday: “I wanted to show Their Royal Highnesses in a manner where they appeared both relaxed and approachable, as well as elegant and dignified.

“As it is the first portrait to depict them together, and specifically during their time as the Duke and Duchess of Cambridge, I wanted the image to evoke a feeling of balance between their public and private lives.