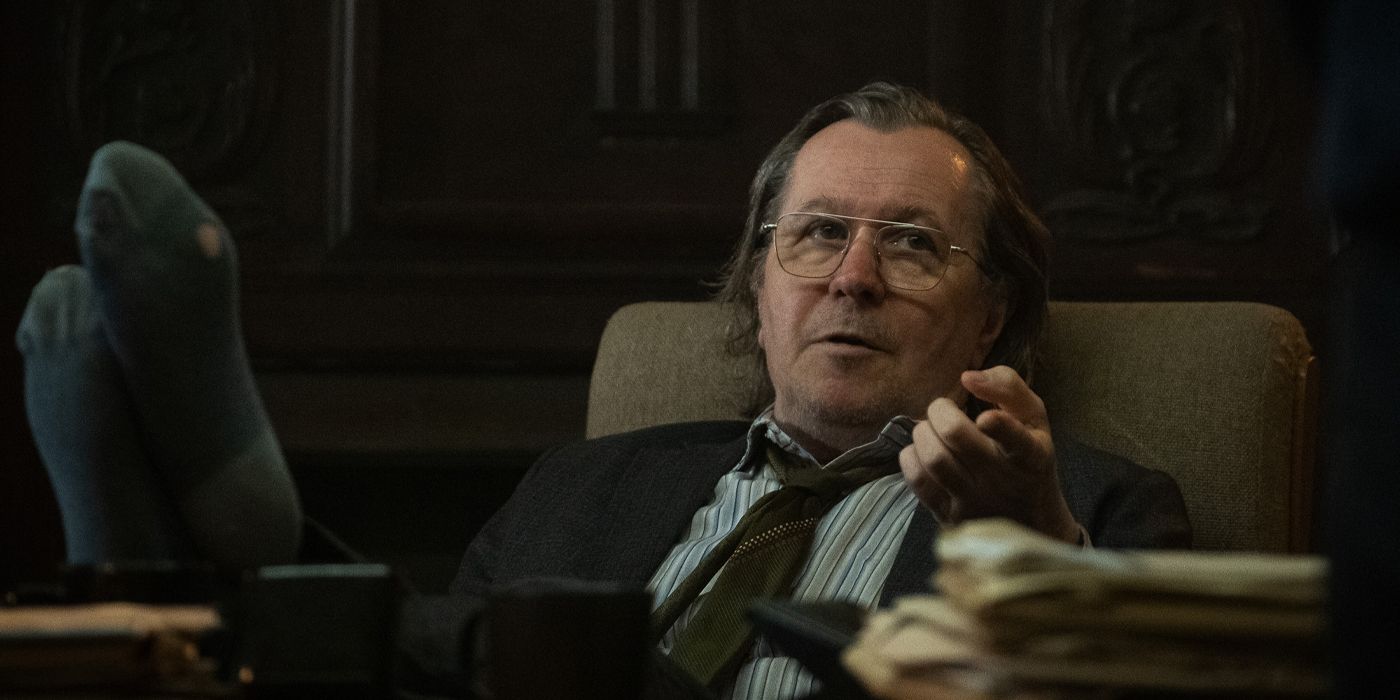 Legendary actor Gary Oldman (The Darkest Hour, Bram Stoker’s Dracula) has revealed that he is considering retiring, per an interview with Deadline. Oldman can currently be seen in the Apple TV+ series Slow Horses, which served as the crux of the interview. While nothing is set in stone now, the actor did mention he sees retirement “on the horizon.”

Oldman also discussed the advantage of this role as compared to his others which were more theatric and required extensive prosthetics. Here’s what he had to say when he dropped the mention of retirement:

“So, when you do something like “Hannibal” and it’s going to be six hours in makeup, and you’re going to walk around with prosthetics and glue, I mean, that will have you scratching your face at 3 AM. You’re up for it. When I worked on “Darkest Hour,” I had that makeup on 63 times and pretty much worked 54 days straight. And so, it does feel somewhat like a sense of release coming in and getting ready and being ready in a half an hour and you’re ready to roll rather than come in and know that you’ve got three or four hours sitting in a makeup chair before your day even begins. I just turned 64 and I think perhaps my days of sitting in a makeup chair for hours and hours I think have come to an end.”

It should be noted that Oldman mentioned he would return to play his Slow Horses character, Jackson Lamb, as long as Apple and the creatives will have him. He said that Apple treated him and the cast “like kings,” and the sense of camaraderie that can evolve from a series really appealed to him. Thus, it sounds like “whatever will get the taste buds going,” as Oldman puts it, will persuade him to continue his acting work.

Amidst an immensely impressive career, Oldman nabbed an Academy Award, a Golden Globe, and a Screen Actors Guild Award for his performance as Winston Churchill in The Darkest Hour. He’s also held supporting roles in The Dark Knight trilogy, the Harry Potter films, Tinker Tailor Soldier Spy, Dawn of the Planet of the Apes, True Romance, and The Fifth Element. His work as Jackson Lamb won’t be his final role, however, as he will appear in one scene of Christopher Nolan‘s Oppenheimer. Slow Horses is his first major television role.

All episodes of Slow Horses are now available to stream on Apple TV+.