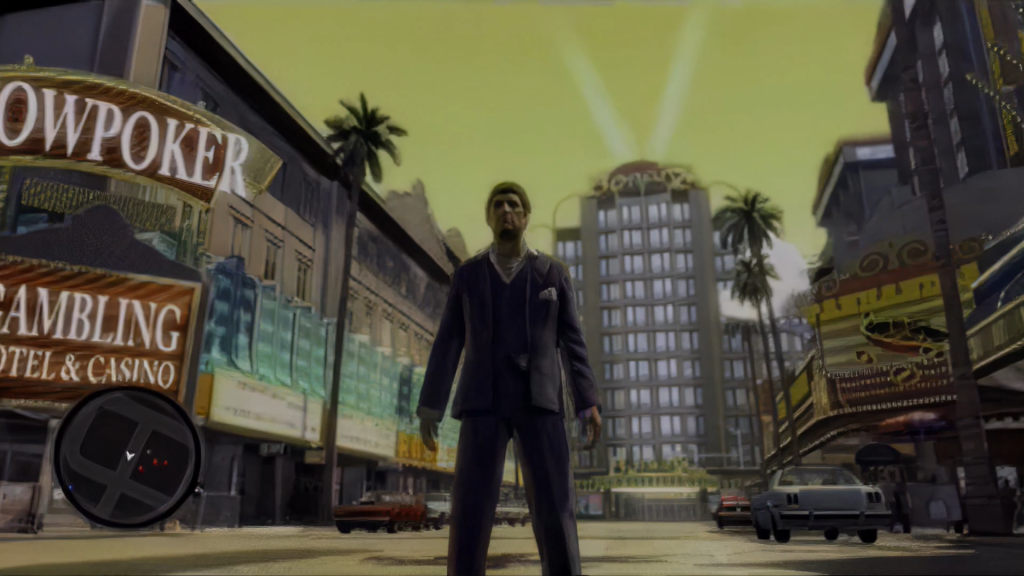 Scarface: Empire, the canceled sequel to 2006’s Scarface: The World Is Yours, has long been shrouded in speculation and mystery. Gameplay footage has now surfaced showing off what the game would have been like.

The second game, in what was to become a series of Scarface games, was canceled in 2009 after the developer Radical Entertainment was purchased by publisher Activision. At the time the publisher believed it already had too many open-world games in development and so it canceled the project in favor of focusing development on Radical’s other open-world game, Prototype.

When it was canceled, Scarface: Empire was still in a pre-alpha state, though many of the environments and plot had already been decided. The game would follow Tony Montana after he is kicked out of Miami following a city-wide crackdown on drugs. He decides to move to Las Vegas and rebuild his cocaine-fueled empire using a casino as a front. However, the residing mobs, which already own the casinos on the strip, are not best pleased with Tony’s plans and try to take him down.

The gameplay was much like that of the highly successful Grand Theft Auto franchise, featuring third-person shooting sections with an over-the-shoulder camera view, and driving sections. While we have seen synopses and concept art for the game before, footage had never previously been revealed to the public.

The second video shows animations from when Tony is taken down by rivals. In the first, the enemy comes and finishes off the job. In the second Tony gets back up and takes down the enemy, and in the third a crew member shoots down the enemy for Tony.

While the game has never, and more than likely will never be released, the footage, which came from a 2008 build of the game, can give us a taste of what we missed out on.

Denial of responsibility! Gamers Greade is an automatic aggregator of the all world’s media. In each content, the hyperlink to the primary source is specified. All trademarks belong to their rightful owners, all materials to their authors. If you are the owner of the content and do not want us to publish your materials, please contact us by email – [email protected]. The content will be deleted within 24 hours.
Esportsglhfscarfacevideo games
0
Share Google News FollowFacebookTwitterEmailWhatsAppReddItPinterestTelegramFacebook MessengerLinkedinTumblr