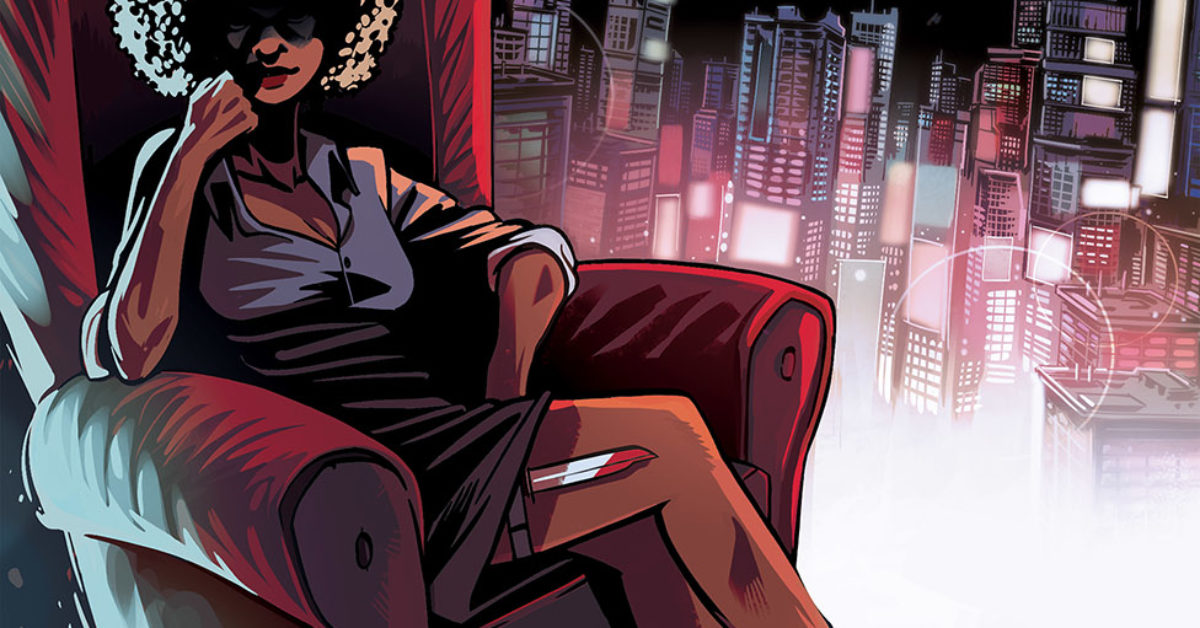 Image Comics will publish Flawed by Chuck Brown and Prenzy this September, the company revealed in a press release ahead of their solicits drop. Described as “Kill Bill” meets “Nailbiter,” the comic is about a vigilante who fights criminals with both violence and psychiatry, which just so happens to be one of the Five Essential Comic Book Pitches Every Creator Needs If They Want to Land an Image Series About One of the Five Things Image Publishes Series About, along with “gods living in the world of humans,” “music as a superpower,” “dragon men with insatiable lust,” and “the future, but it’s bad.” So you know this is going to be good!

From the press release:

Chuck Brown—co-writer of the Eisner Award winning series Bitter Root—reunites with On the Stump artist Prenzy for the ultra-violent, high-octane new story in Flawed. This six issue miniseries is set to launch from Image Comics in September.

Flawed follows Gem Ezz, a psychiatrist in the Kafkaesque city of Setham, where corruption and brutality rule the streets. By day, she uses words to solve her patients’ problems. By night, she takes a more direct—and sometimes deadly—approach. But when her practice puts her in the sights of an immortal serial killer, Gem finds herself embroiled in a power struggle that threatens everything she’s ever known.

“The city of Setham holds many different strange tales and Gem Ezz’s story is only the beginning” said Brown.

Flawed #1 will be available at comic book shops on Wednesday, September 28:

Flawed #1 will also be available across many digital platforms, including Amazon Kindle, Apple Books, and Google Play.

Look for Flawed in stores on September 28th and check out the covers and a preview below.

Ms. Marvel lets the hero (and the viewer) actually explore the concept of djinn