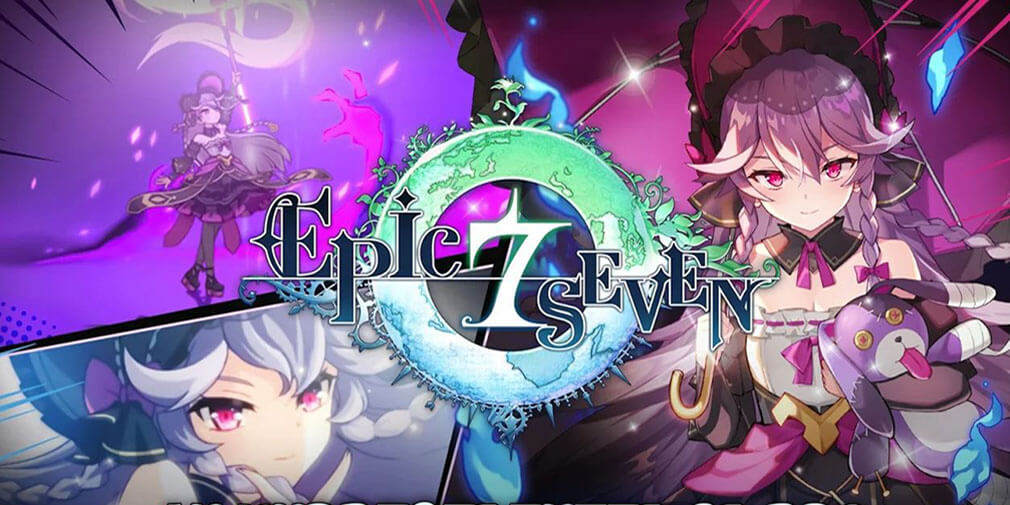 When you’re offered redeem codes in one of the top gacha games for mobile, you better snap them up right away! These Epic Seven redeem codes will give you plenty of in-game loot that will help you upgrade your characters and a whole lot more.

In Epic Seven, you will form a team of 4 characters and battle your way through the chapters to unfold the story of the game (which is pretty amazing!) and try to get stronger in order to repel evil. There are a lot of characters in the game, and if you’re curious about which ones you should prioritize on your team, then make sure you check out the Epic Seven tier list!

Now let’s get back to the coupon codes – you can find all the latest released codes below, as well as how you can redeem them. Make sure you do so before they expire because they might only be available for a limited time!

How to redeem codes in Epic Seven?

Redeeming codes in the game is fairly simple. All you need to do is open the Event News window, and on the top right side of the screen you will notice a small button that reads “COUPON“.

Open that, and type in the text box the codes you will find below. You should receive all the rewards in your in-game mailbox straight away!

Here you will find all the codes that have been released in Epic Seven.

These are the newest event codes! Players can redeem them by clicking the “Receive” button and then the option to put in the password will appear. If it doesn’t then they should try rebooting the game.

To my knowledge, due to some issues the iOS players had redeeming the previously released codes, the game’s devs have completely removed this option – however, we still see it in the top right (as Android users). However, if any codes get released, I’ll make sure to let you know!

These codes have worked in the past, but should be expired by now – feel free to give them a try if you want to!

In the meantime, if you want to get stronger, you can do so by following a few useful tips:

Joining a Guild is super important because it will grant you access to plenty of useful content, such as Guild War. You will also gain access to the Guild Member Shop, where you can purchase various items every week.

Make sure you stay active and donate every day because it will make a huge difference – you will also gain Guild Funds, so it’s basically a win-win situation!

Tip #2: Complete the Abyss to the highest stage possible

Make sure that you do the Abyss tower each chance you get, and every time you upgrade your characters (even a little bit). It will give you progressively better rewards, which will only result in you getting stronger fast.

Try to do the Abyss every single day, even if you aren’t moving up the stages. Even the highest completed stage rewards will come in handy when you want to upgrade your units.

Once you get some of the units you want to keep, start upgrading them. I would advise you to upgrade them one at a time because it will be a lot easier if you just focus on a single unit and make it very strong, instead of 3-4 units and make them averagely-strong.

You should also itemize all of your units, no matter their rank and level – the items will make quite a big difference since you can also give them item sets for additional stats.

Tip #4: Don’t neglect the Arena, even if you don’t have great PvP units (yet)

As I mentioned, in the beginning, you won’t have a lot of great units. That shouldn’t be a big issue, and if you complete as many Arena battles as you can every single day, you’ll still get some rewards. Later on, once you’ve got the units you want for the PvE instances, you can focus on investing your resources in PvP-specialized units.

Tip #5: Complete the Connections to get more heroes for free

Apart from the Covenant Summon, you can also acquire more heroes by forming Connections with them. You can find this option on the Main Screen, and in order to get the characters, you need to fulfil every wish a character has.

This might take some time for certain heroes, but it’s an easy and free way to acquire more!